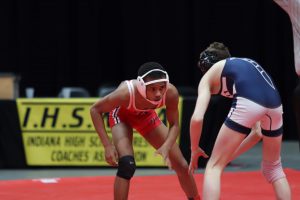 Cardinal Ritter Wrestler Josh Johnson competed in the 2020 IHSAA State Final at Bankers Life Fieldhouse this past weekend.  After winning the first match of the night in the 106 weight class on Friday night, Johnson was pushed through with an automatic bid to wrestle on Saturday.  The bid also guaranteed him a spot on the podium.

Johnson wrestled a tough Brownsburg opponent in the morning and unfortunately lost.  After another loss Josh ended up in 8th place overall.

Johnson had a great season, especially for a freshman.  His 8th place spot is the highest in the school since Dylan Faulkenberg took 4th in the 2013 Finals.

The Raider Nation is very proud of all of Josh’s achievements this year! 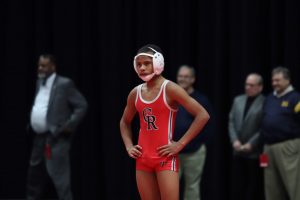 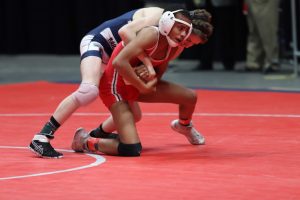 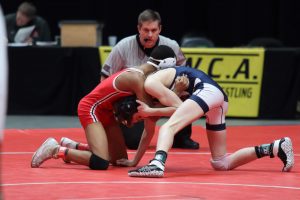