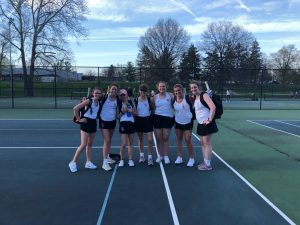 Our next senior highlighted on the Senior Showcase is Girls Tennis Player, Mackenzie “Mac” Grzegorzewski.  Mackenzie has played both net sports at Cardinal Ritter High School competing in Volleyball in the fall as well.  She has been a positive role model for Raider athletes of all ages.  She has been a mainstay for the Girls Tennis Team for the past couple of years and has been instrumental in aiding in recruitment of other players.

Coach Rubey and Coach Allen said of her, “Mackenzie was slated to play 1 singles for the Lady Raiders this year. She has worked very hard in the off season on her singles tactics and sharpened her backhand and serve. Our switch hitter keeps them guessing and we looked for good results in Conference and City tournament from Mac.”

They added, “Mac is one of the most determined fighters that I have had the opportunity to coach with the sweetest disposition of sportsmanship on the court.  She always gave her all on the court and played the LONGEST matches in the history of tennis!!” 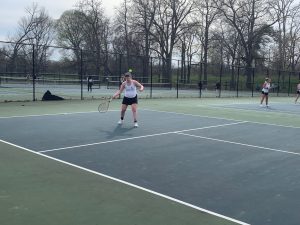 Here is a little more about Mackenzie:

Most memorable Cardinal Ritter experiences were going to prom with all of my friends and the fun bus rides and practicing at the Healthplex in the winter.

She would like to say, “I will miss our Starbucks runs before practice and always having to pack a bunch of people in a car and drive to the rec center before matches because the bathrooms were locked.” 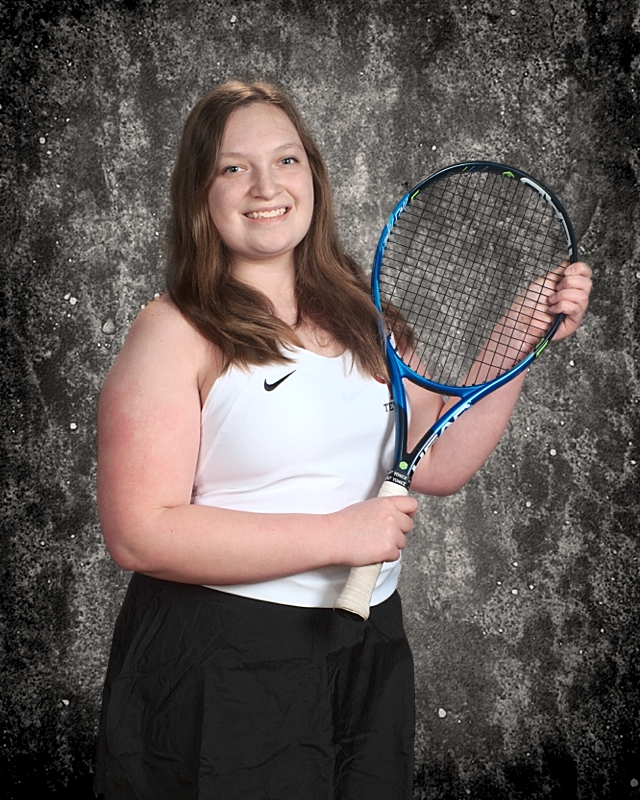 To Coach Rubey: “Thank you for always pushing me to be better and always supporting me.”

To Coach Allen: “Thank you for always believing in me even when I didn’t believe in myself.”

To Lucy: “Thank you for being a great friend, and my first and only doubles partner.”

To Annie: “Thank you for always making me laugh no matter what, and for being the other lefty on the team!”

To Olivia: “Thank you for always having my back and being so supportive, I can always hear you saying, “lets go Mac-Dad!”