Joey “Summer” Wynne is our next senior in our Spring Sports Senior Showcase.  Joey is a student-athlete that always has a smile on his face.  He is a hard worker which can not be demonstrated more than seeing Joey’s dedication to transform his body.  It took him no time at all and he continued to put in hard work in the weight room and at home.  Joey played baseball the past three years and last season he came up with several key hits late in games to give the Raiders baseball team wins en route to a Sectional Championship.

He always seemed to be up fro a challenge.  This year he decided that his senior year, he would take on another challenge in the sport of golf.  Joey previously took on the challenge of Tennis and became successful in the fall.

As Coach Jones describes it, “Joey informed my late in the fall of his senior year that he was planning to join the golf team in the spring. We discussed the need for him to attend the winter golf clinics so he wouldn’t be coming out in mid-March having not been swinging a club since summer or fall. He wholeheartedly agreed and made it a point to be there and take advantage of the lessons and drills to help improve his game.”

As stated before, if anyone has seen Joey’s work ethic, there is no reason to think Joey would not have instantly contributed to the team.  Coach Jones backed this up by saying, “I truly believe he was going to be a valuable asset and contributor to the team, be that on the course and/or as support for his team mates during matches that he didn’t get to play in. He is just a solid team player, and would have been supporting the team in whatever capacity was required of him.”

Here is a little more about Joey:

Joey plans to attend Purdue University in the fall.  After college, he would like to become a civil engineer or get into construction management.

Joey stated that the most memorable thing at Cardinal Ritter is, “I think we can all agree that this last quarter of high school will forever be memorable.”

Joey said that what will miss most is all the friends I have made at Cardinal Ritter.

Joey added, “First, I would like to thank my family, especially my mom and dad. Thank you for providing me with the opportunity to attend Cardinal Ritter and all the support in whatever sport I would pick next. I would also like to thank Coach Scott who installed a work ethic in me that has helped shape me into the man I am today. Next I would also like to thank all my teammates, who are also my best friends. Whether I met you through baseball, tennis, or golf you guys gave me some of the most fun I have ever had.” 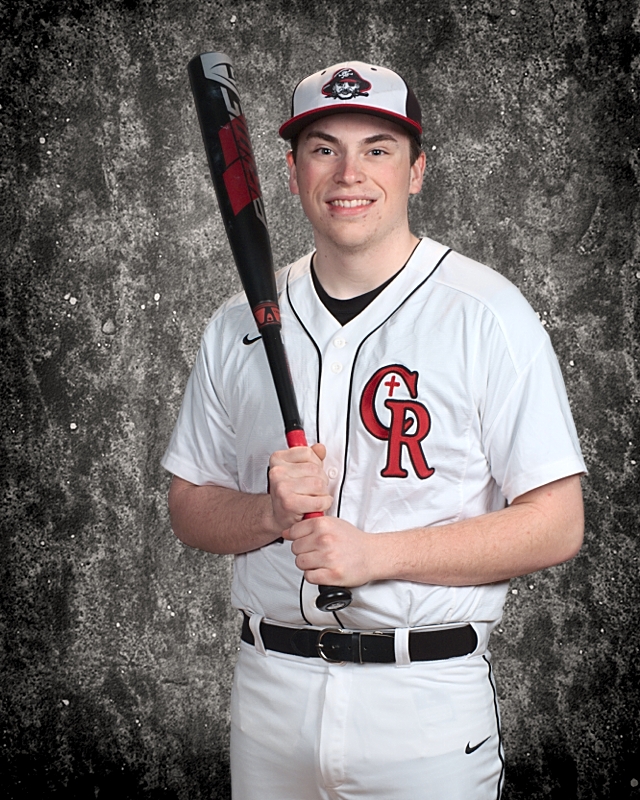