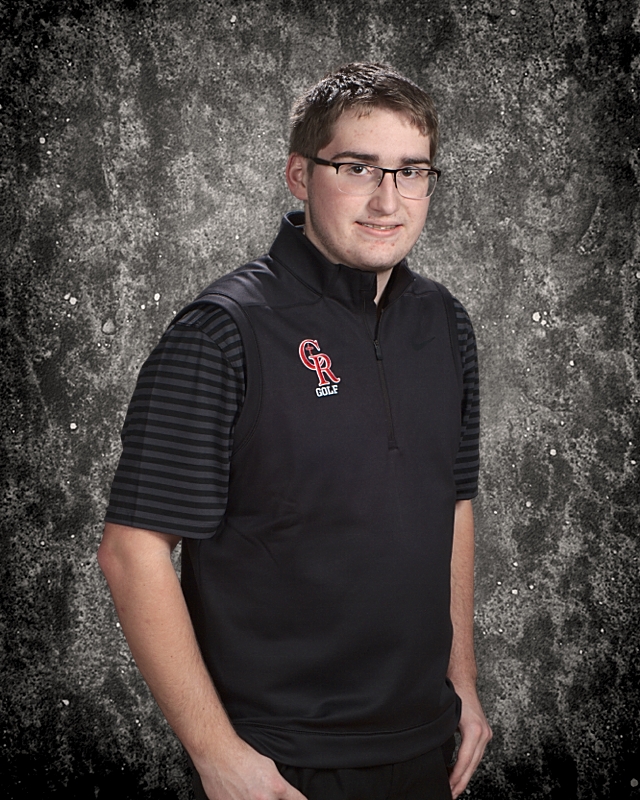 Trae Rott, AKA “Captain Calculus,” is our next senior to be highlighted on the Spring Sports Senior Showcase.  Trae has been on the Golf Team for four years in addition to playing in the band and being a leader of the Cardinal Ritter Bowling Team.  Trae is an unbelievable student athlete that looks to do some amazing things in his future, including sending a man to Mars.

Coach Jones said of Trae, “For four years ‘Captain Calculus’ has been a member of the Raiders Golf Program. Trae has put in a lot of time each season working on his game, and making strides on improving his scores. For the first two years Trae was a member of the JV squad, only getting to play in a few matches during those years. As a junior, he had improved to the point of playing in at least half of the varsity matches, gaining his first varsity letter for golf. Going into the 2020 season, he was facing some strong competition, but had been putting in the time during the winter clinics to take on all competitors.

Being the math wizard that he is, Trae put that talent to work on the golf course. Using his vast knowledge and skills in math and physics, Captain Calculus had a unique way of reading greens, and evaluating shots. He probably did more complex calculations in his head per hole played than most of us do during any given day!

A little more about Trae:

His parents are Brenda and Todd Kowinski

Next year he plans to attend Purdue and study aerospace engineering and send the first person to Mars.

His most memorable Cardinal Ritter experiences were coming to Cardinal Ritter early because he was too smart in
Math and being able to leave school early to go to school as well as the countless memories at band camp and
making silver three years in a row at ISSMA.
What he will miss most is being able to play my sax with people and the capacity to be the
loudest in the room.

Trae would like to thank Coach Jones and, “my mom and step dad for supporting me and the band throughout
these six years, Ms. Leyba for coming to Ritter and leading the band to be so great in 4 years,
the band for being great players and making me sound good even when I mess up, the
cheerleaders and basketball teams for putting on a great show in between our songs.”