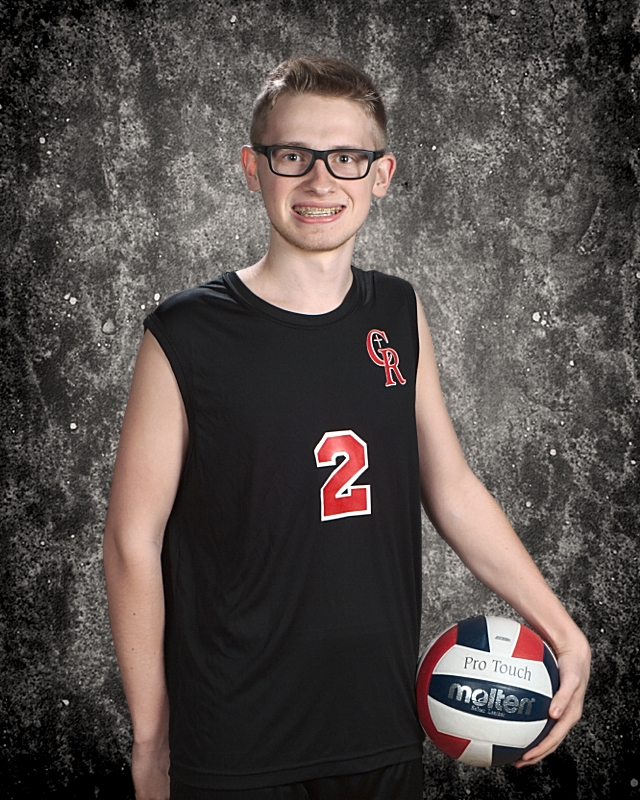 David Eisele is a senior Boys Volleyball player that we are showcasing in this latest edition of the Cardinal Ritter Spring Sports Senior Showcase.  David has played volleyball all 4 years at Cardinal Ritter and has done it the whole time with a smile.  David is also a member of the band and bowling team and has always shown the ability to have others gravitate towards him with his positive demeanor.

Coach Allard said of the volleyball standout, “David Eisele earns the honor of being the only person in program history to go from being a defensive specialist his freshman year to being a middle blocker.”

David’s skills grew over the past 4 years which made him valuable in all areas of the game as he expanded on his skill set, “He also earns the honor of being the only middle blocker who could be relied upon to pass,”  Coach Allard added.

When talking about his production off the court, Coach Allard said, “He showed a lot of growth both athletically and personally, going from a quiet freshman to a confident volleyball player and young man.”

Here is a little more about David:

His parents are Jane and Fred Eisele.

His future plans are to study criminal justice at an undecided college and to eventually work as a criminal investigator.

His most memorable Cardinal Ritter experiences was seeing Mr. Pfennig make a 3-pointer in the senior basketball game during Catholic schools week.

David wanted to thank, “all my coaches, teammates, and my parents as well, for supporting me to always try my best and have fun.”