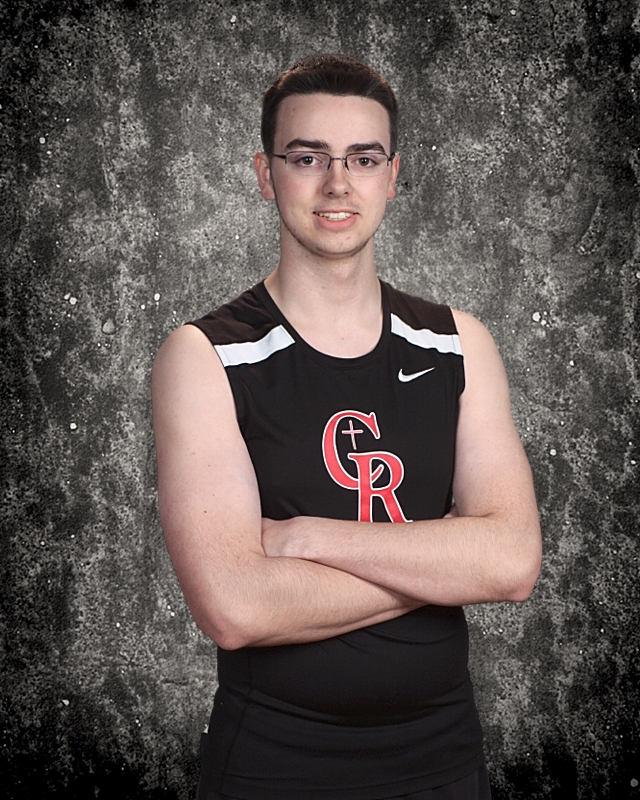 As we transition into the new fall school year, we are going to continue with the last few 2020 seniors for the Spring Sports Senior Showcase.  Our next senior is John Cooper.  John joined the Cardinal Ritter Track and Field Team his freshman year participating in multiple events before settling in as a pole vaulter.  John has worked hard in the weight room to get stronger and this year looked for him to grow by “leaps and bounds” in the pole vault.

Coach Ballou said of John, “John was a 4 year varsity award winner in the pole vault.  He came out as a freshman with a history of running hurdles and sprints, but he quickly picked up Pole Vaulting and would become the freshman city champion.  John would work longer than any of our other athletes to try and perfect his craft.  He always wanted to get better.  He had to battle some injuries early in his career that limited his ability to practice and jump.  Through his work in APC and practice, John had a great Junior year.  He was the Sectional Runner Up with a jump of 11 Feet.  John was set to have a great senior season.”

To add to that thought, Coach Ballou added, “I have no doubt that John would have made it to regionals as a senior and would have had a strong possibility to compete at the state finals.”

2019 Sectional Runner-up in the Pole Vault

2019 Regional Qualifier in the Pole Vault

Member of the 2018 and 2019  Indiana Crossroads Conference Team Champions

Here is a little more about John:

His mother and father are Jeanine and Joe.

His most memorable Cardinal Ritter experiences was when all the boys got together.