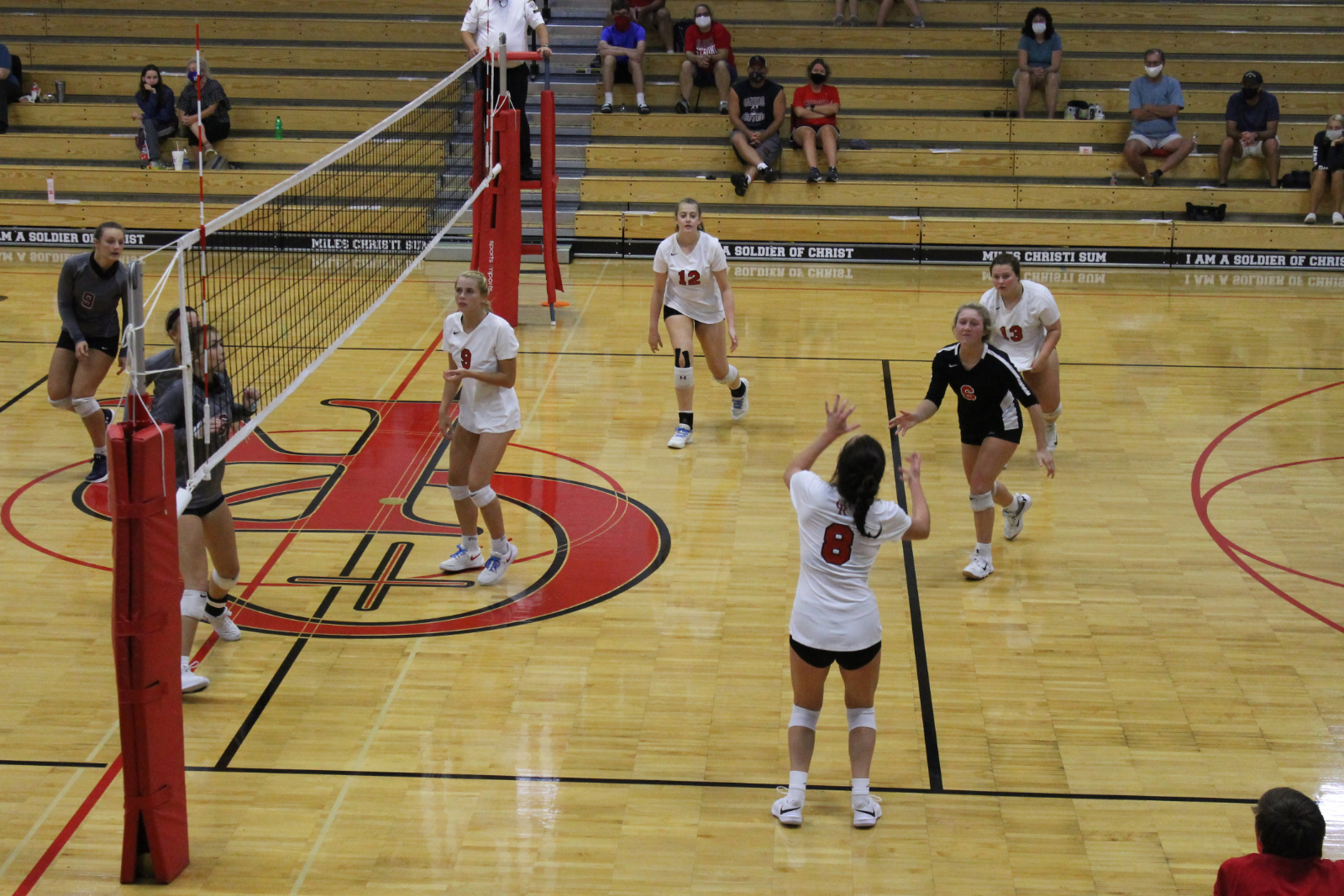 The Cardinal Ritter Varsity Volleyball Team beat Indiana Crossroads Conference foe Lutheran in four sets on Tuesday night. The Saints came out strong and took set one 19-25, but the Raiders rallied back winning the next three sets 25-14, 26-24, and 25-22.

Senior setters Audrey “Assist” Odier and Alexis “Pepper” Priesthoff spread the offense well Tuesday earning 20 assists each. Kelsey “wild Card” Waggoner led the Raiders offensively with 13 kills while “Raking” Riley Heim added 10 kills and Emma “On The” Hunt and Morgan  “Straight Shootin'” Schabel had 8 and 7 kills respectively. Defensively Waggoner led the Raiders with 14 digs while Lauren “Steamin'” Beaman added 13 and Schabel had 11 digs. Heim played great defense at the net earning 4 blocks.  Schabel was perfect from the service line and had 6 aces while Beaman and Waggoner added 2 and Hunt had 1. 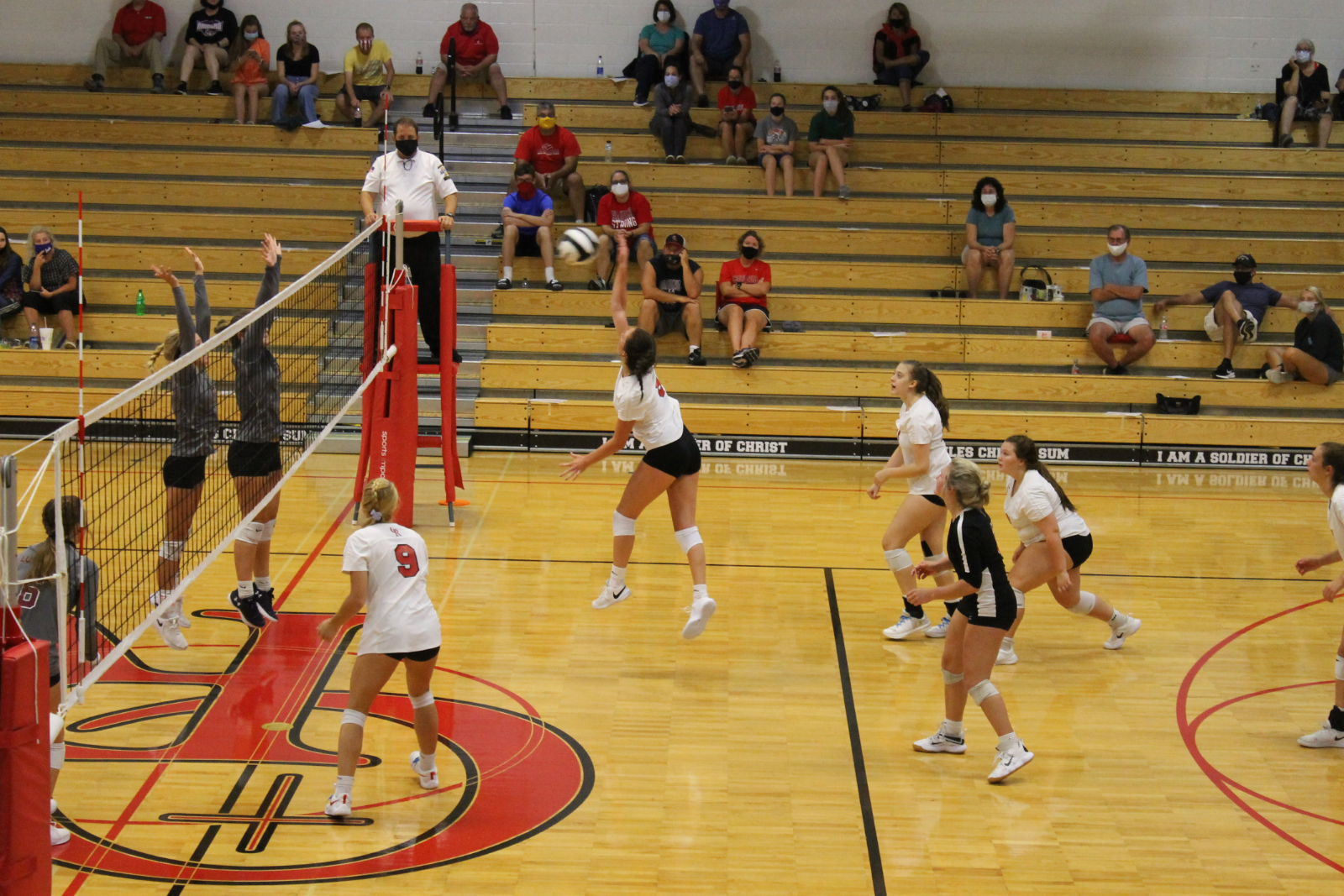 The JV Raiders won in a 3 set thriller against Lutheran on Tuesday.  The Saints took the first set, but the Raiders never quit and bounced back to take the next 2 sets.  Brenda Olivera stepped up late in set three serving 5 in a row including an ace and playing great defense to help the Raiders take the match.

Offensively, Stella Campbell led the team in kills while Evelyn Buck hit 500 for the Raiders. The defense was led by Emma Cmehil, Mallory Grzegorzewski, and Makenna Drake.  The team had 9 aces against the Saints.  Abi Villarias ran the offense Tuesday night racking up 18 assists.

The Freshman Raiders got the 2-0 win against Lutheran on Tuesday night (25-12, 25-10). Hannah May led the offense with 3 kills, followed by Emma Cmehil and Evelyn Buck with 2 each and Maddie Roberts and Dayna Cram with 1 a piece. Molly Van Gheem ran the offense collecting 9 assists, in addition to leading the team in aces with 3 aces and digs with 4. As a team, Raiders missed only two serves and collected a total of 9 aces. The freshmen Raiders maintain their perfect record at 6-0. 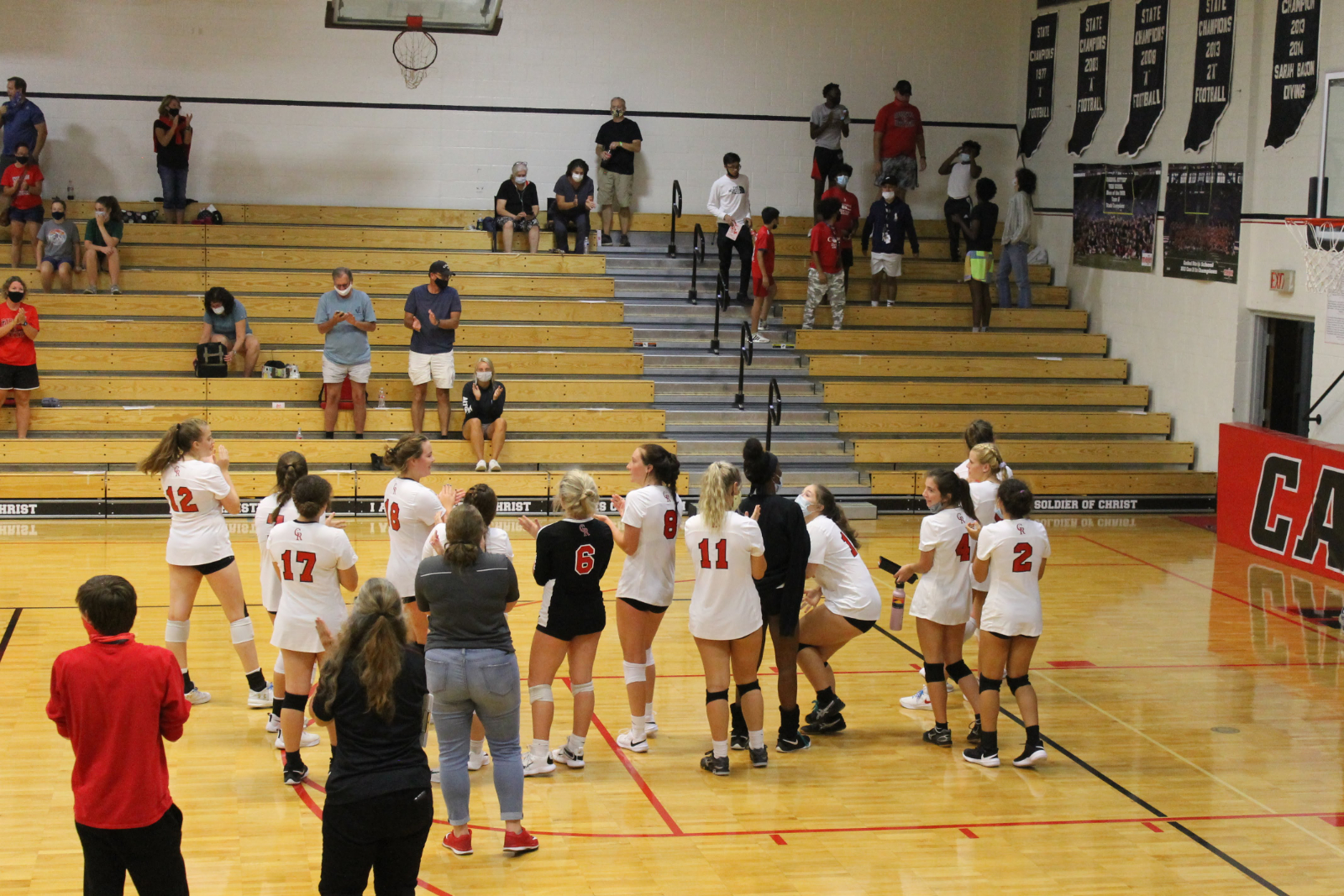 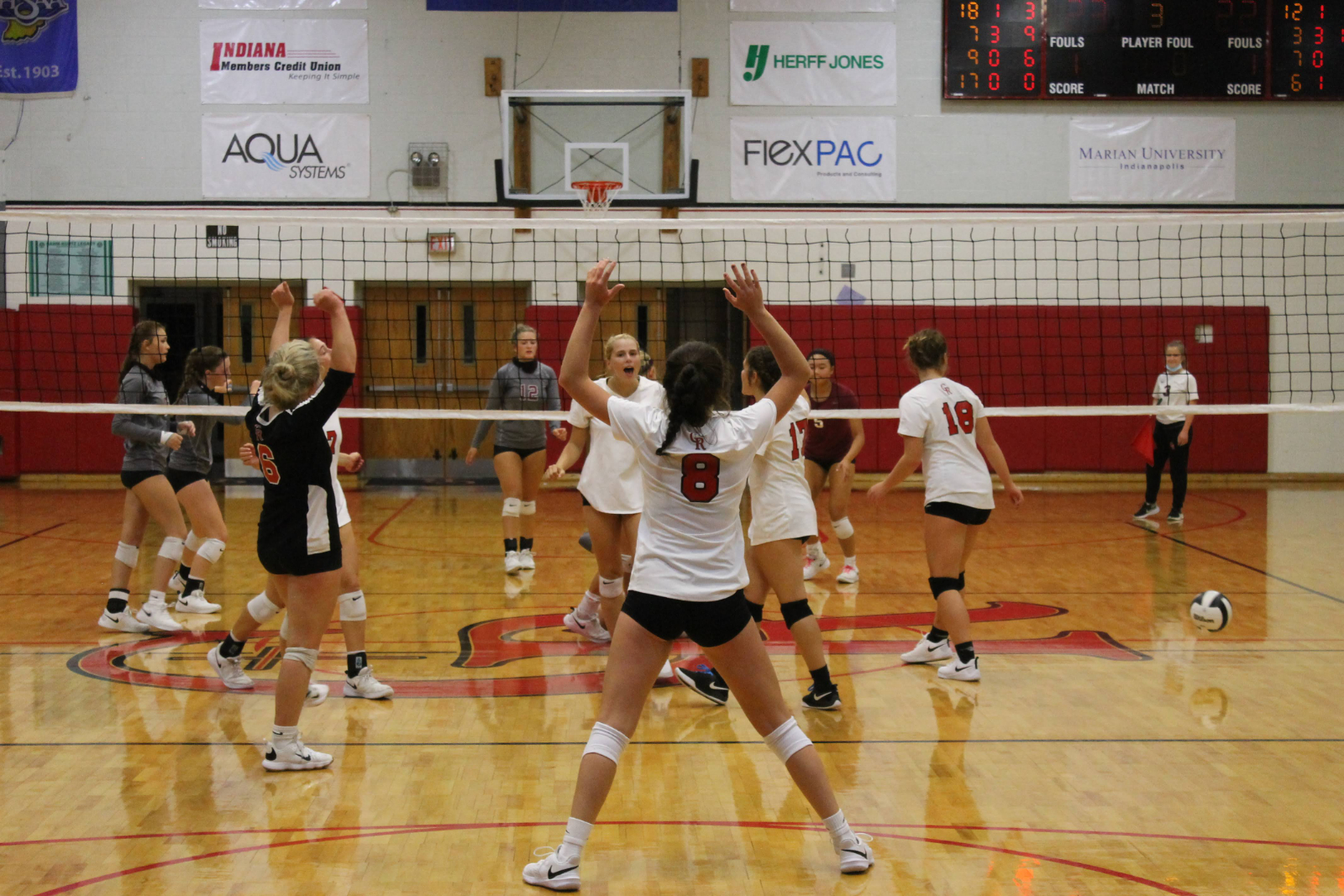 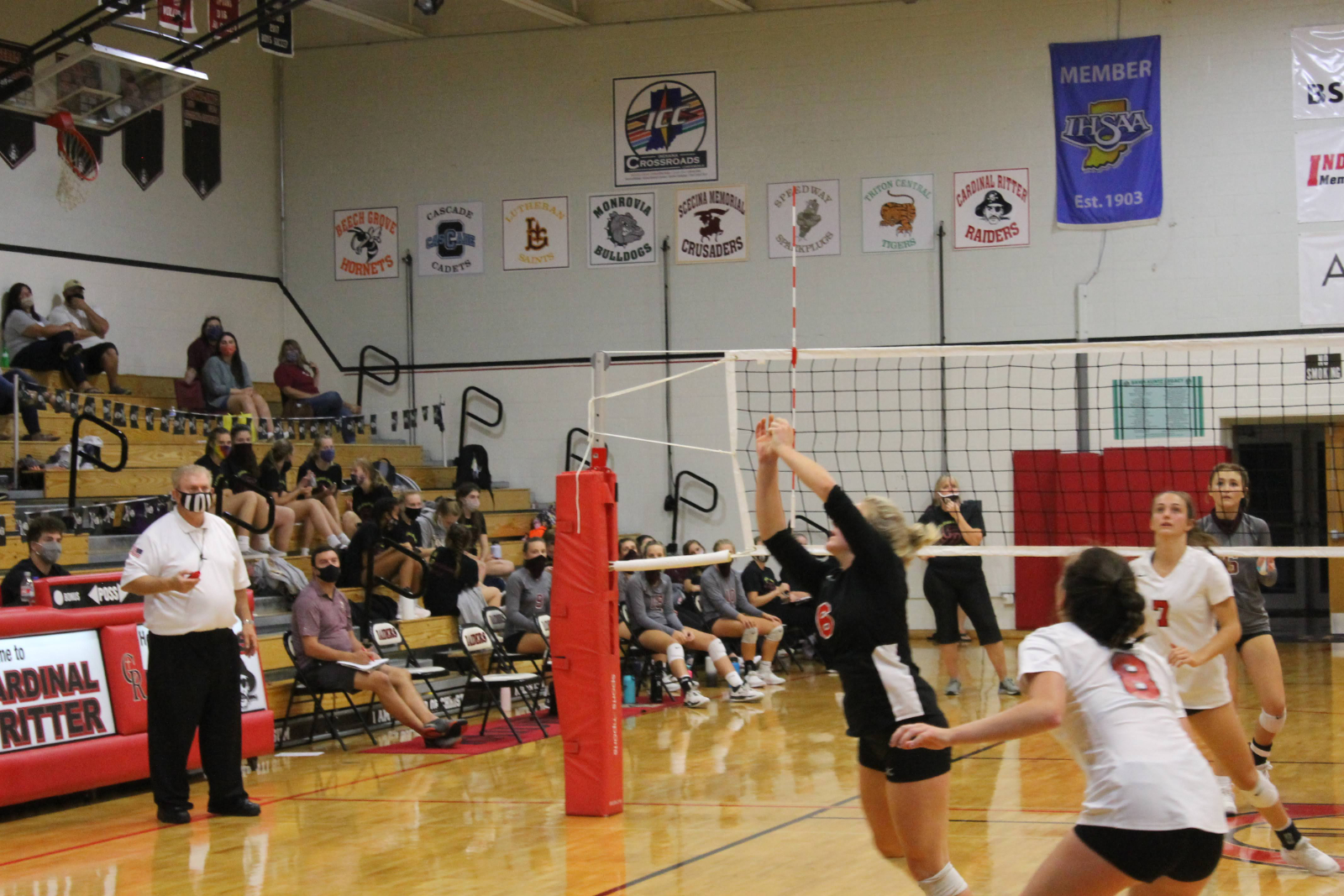 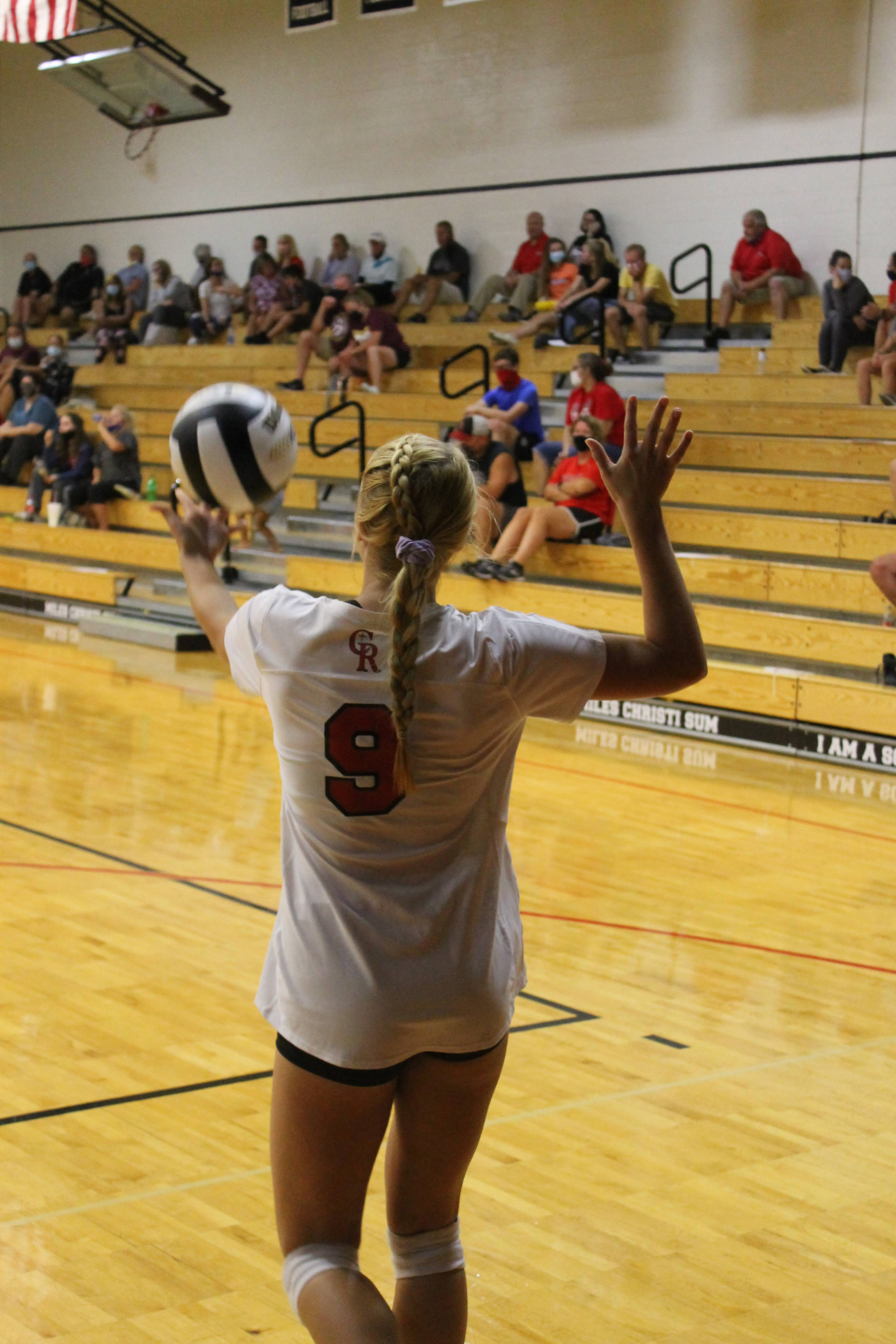 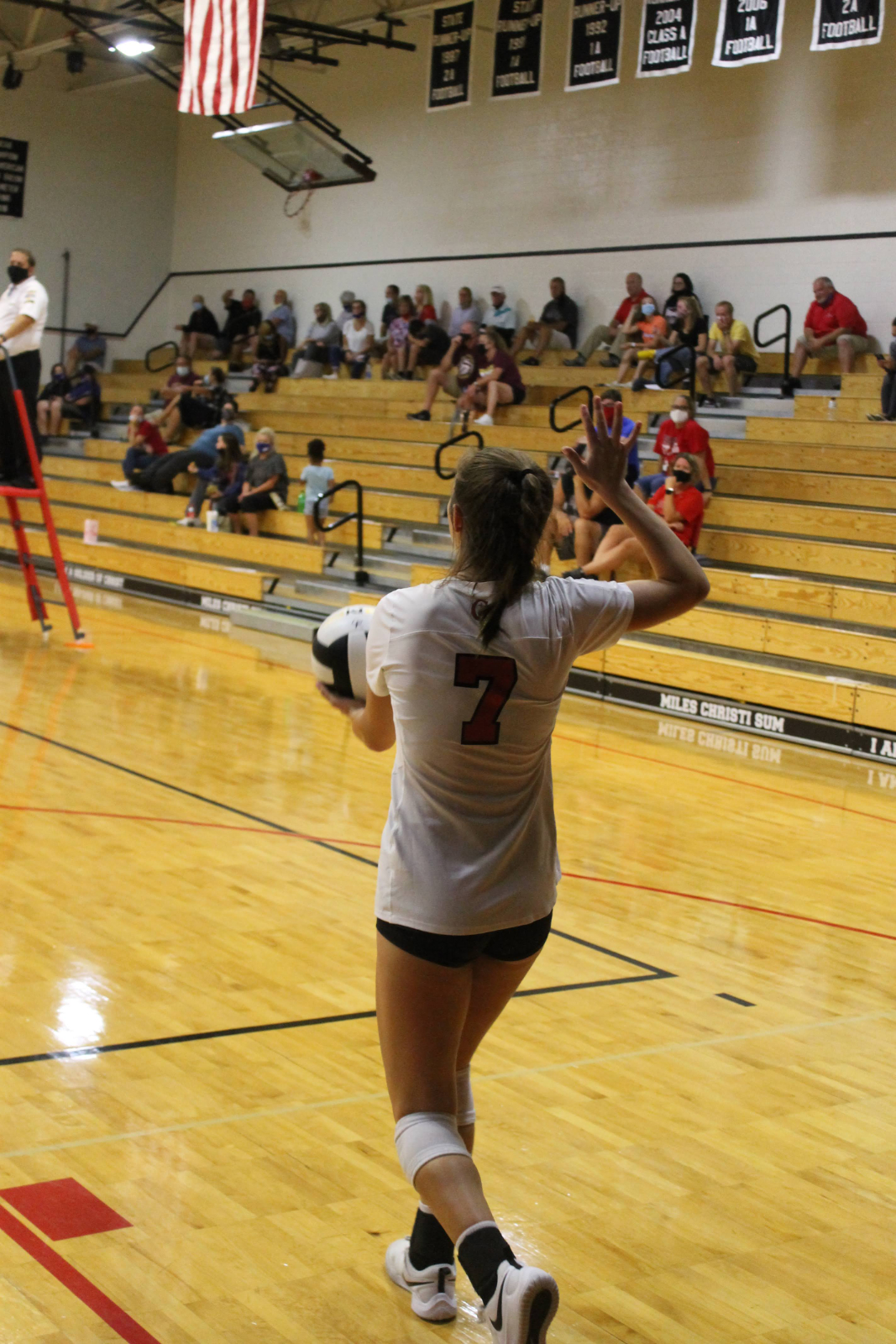 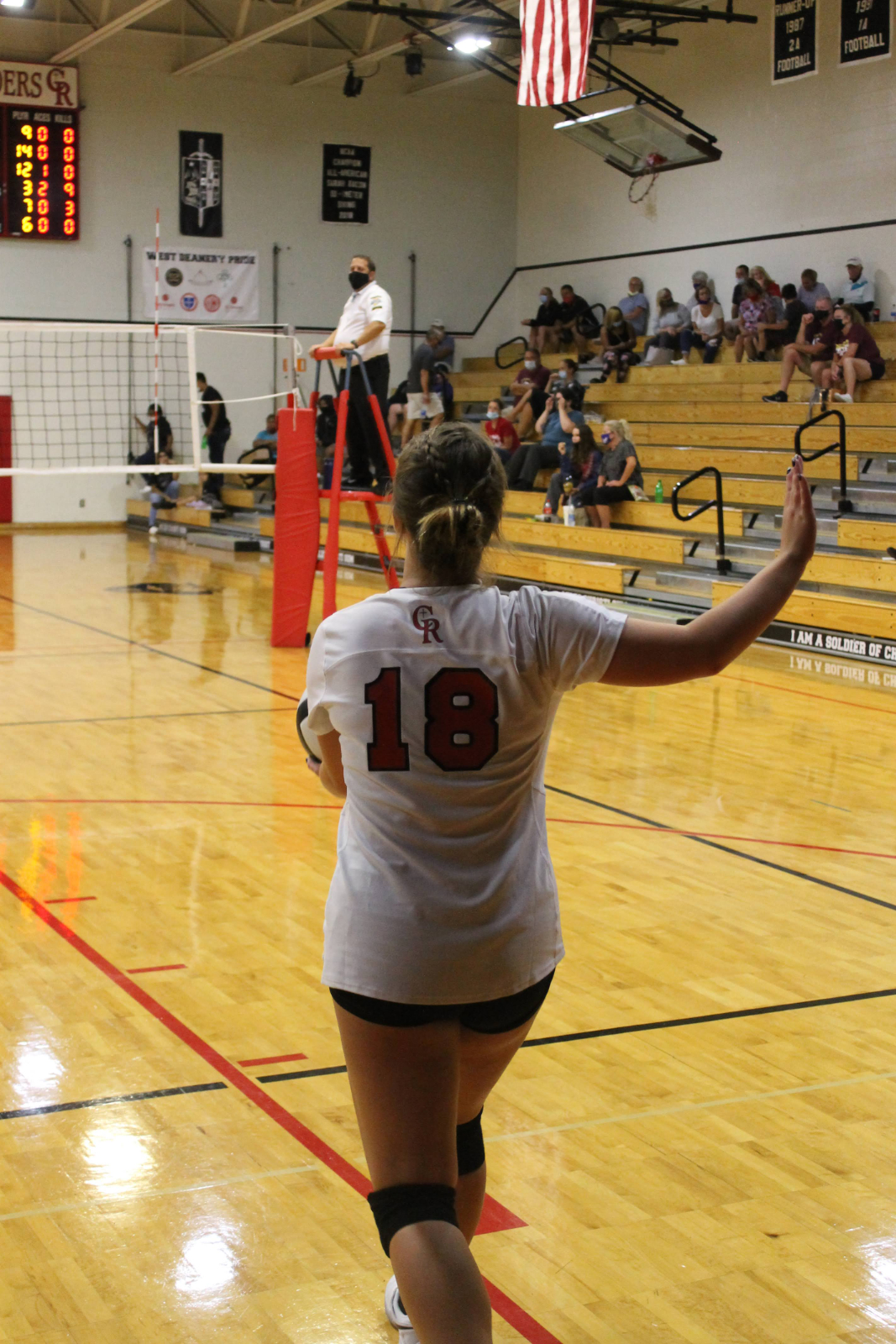 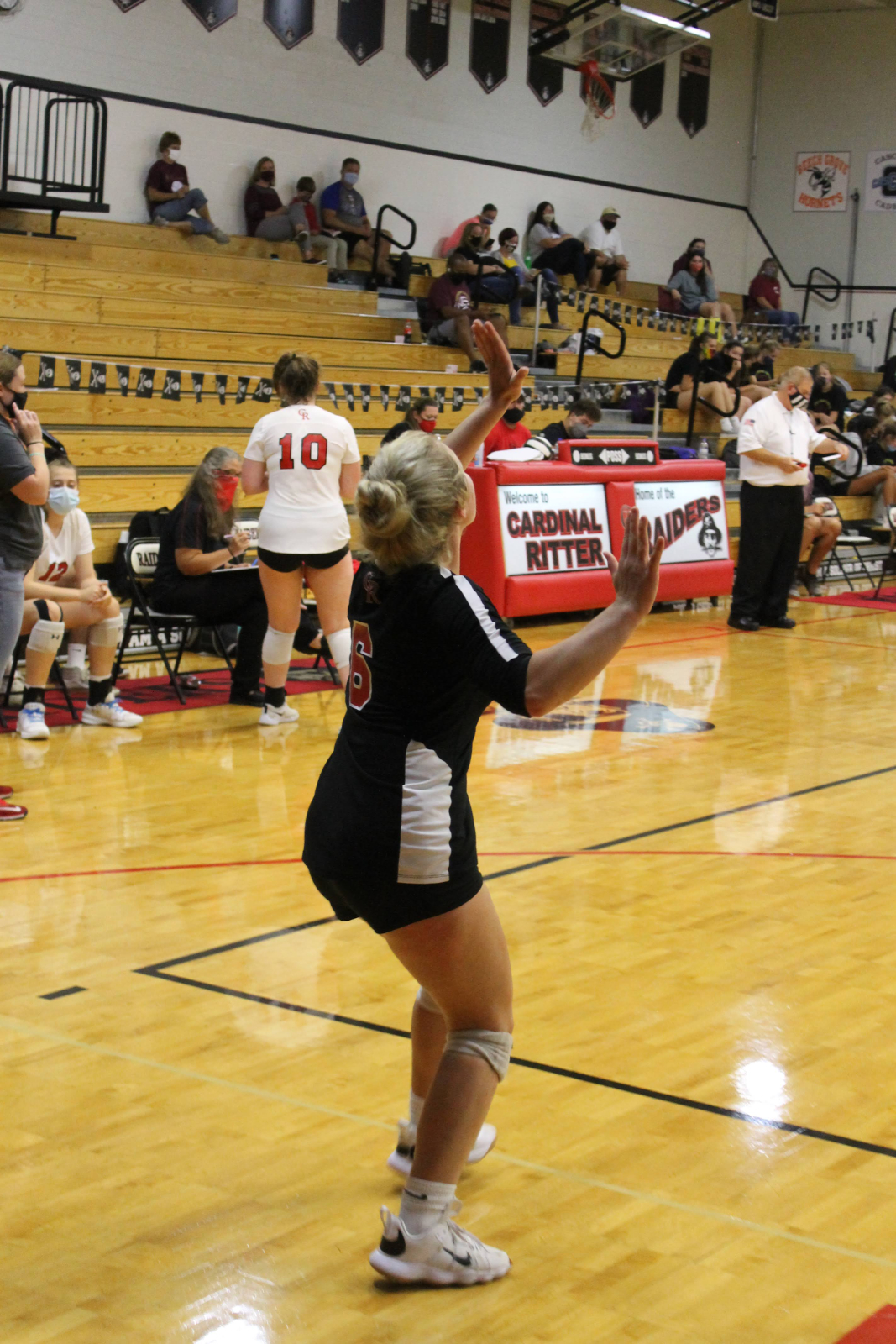 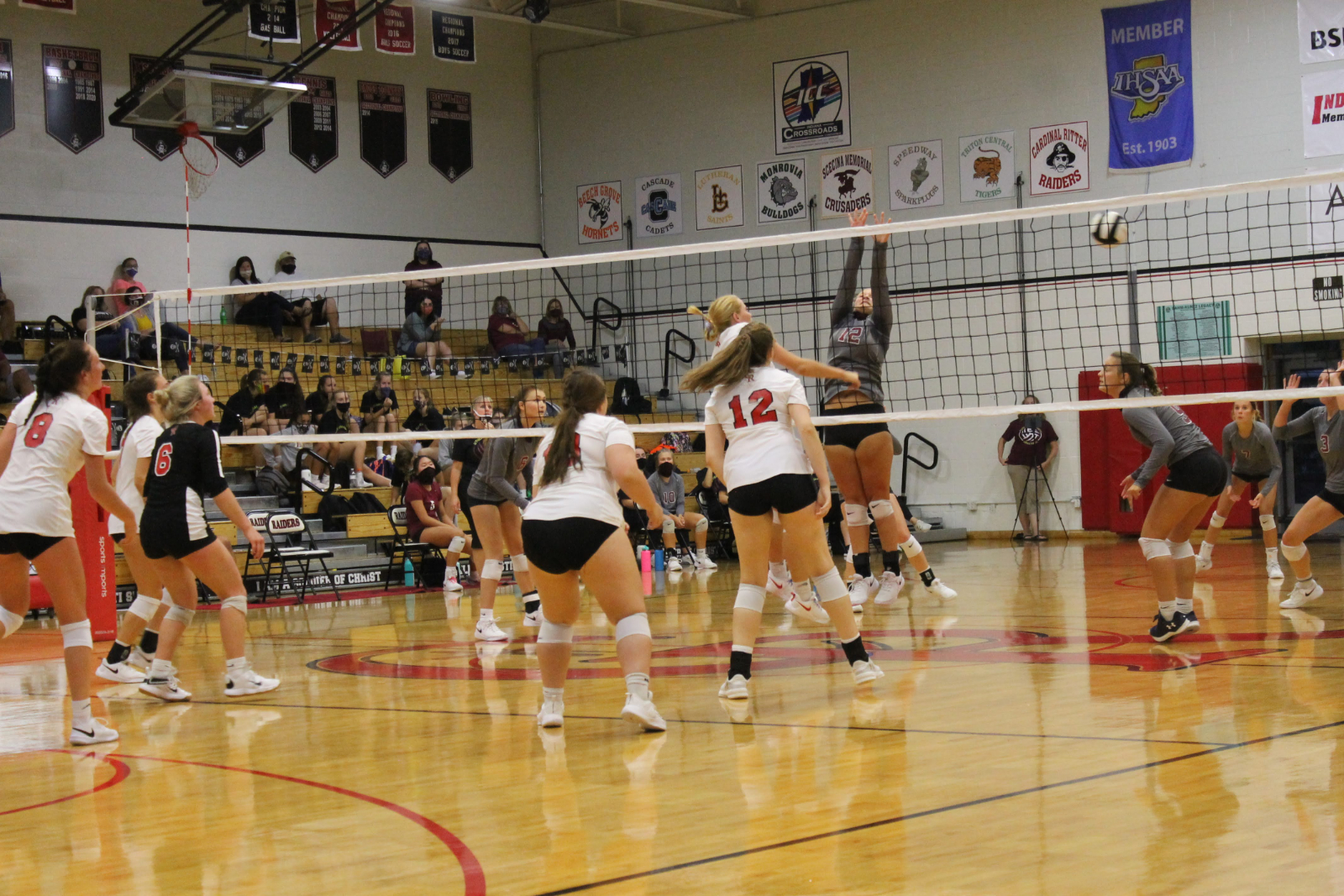 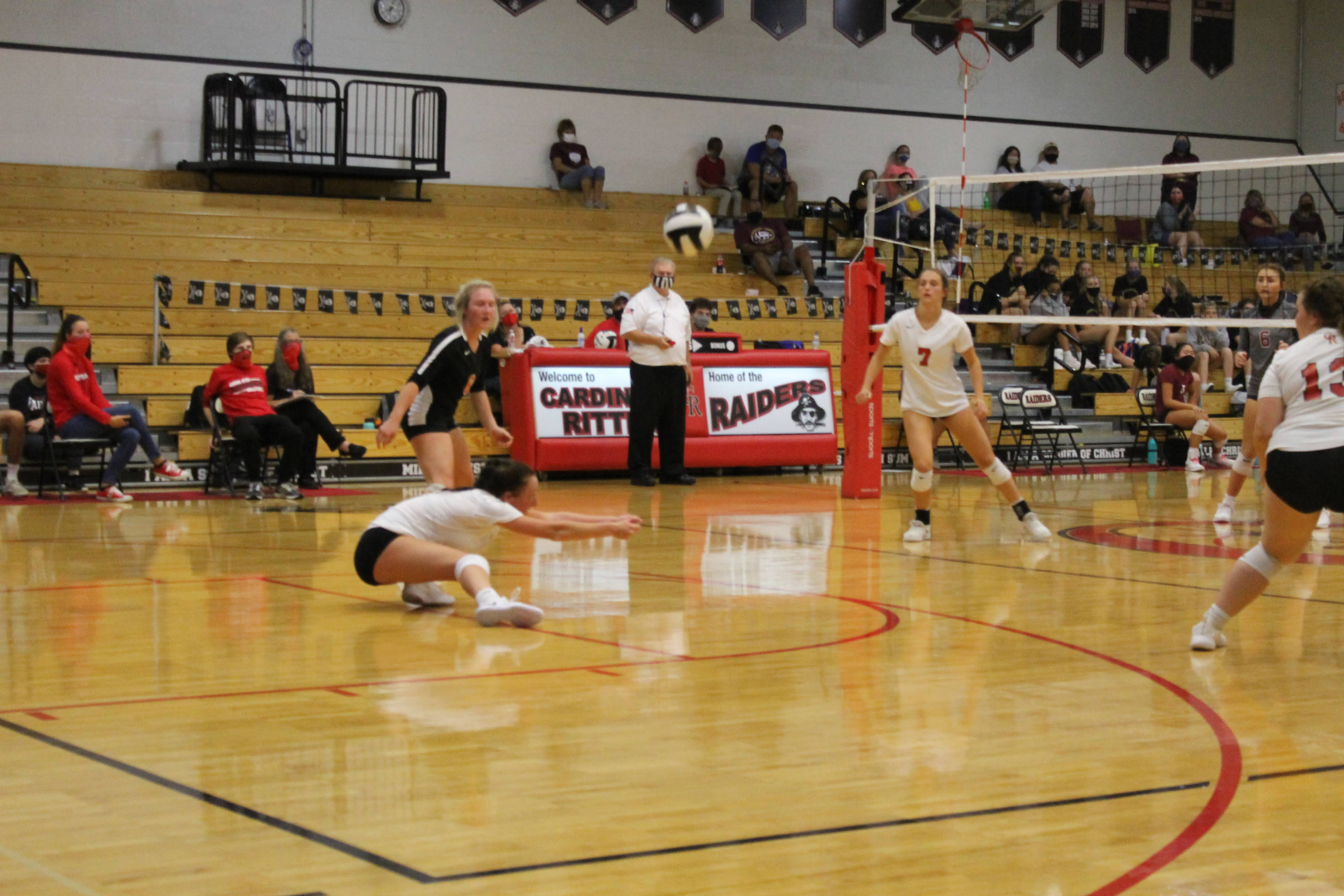 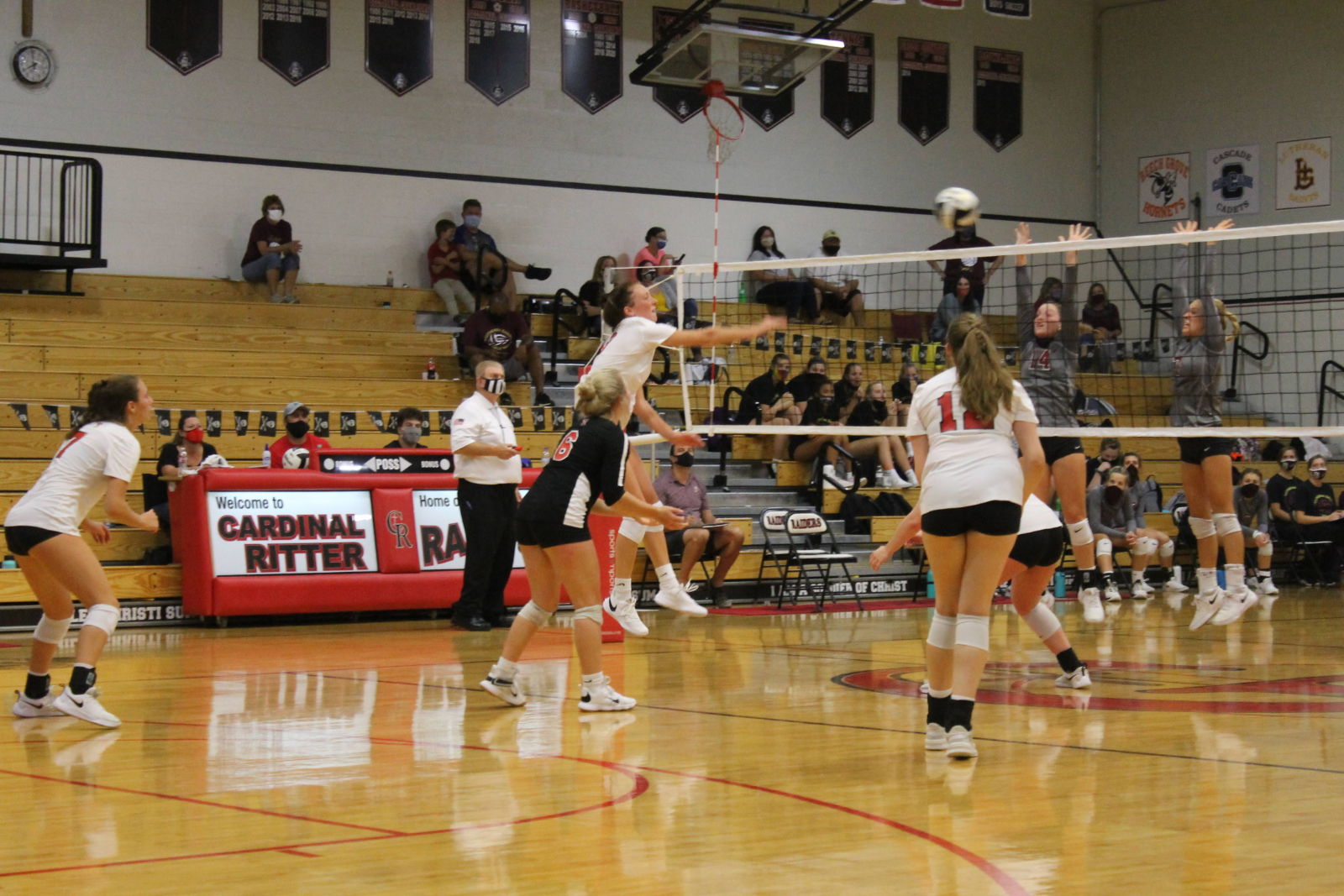 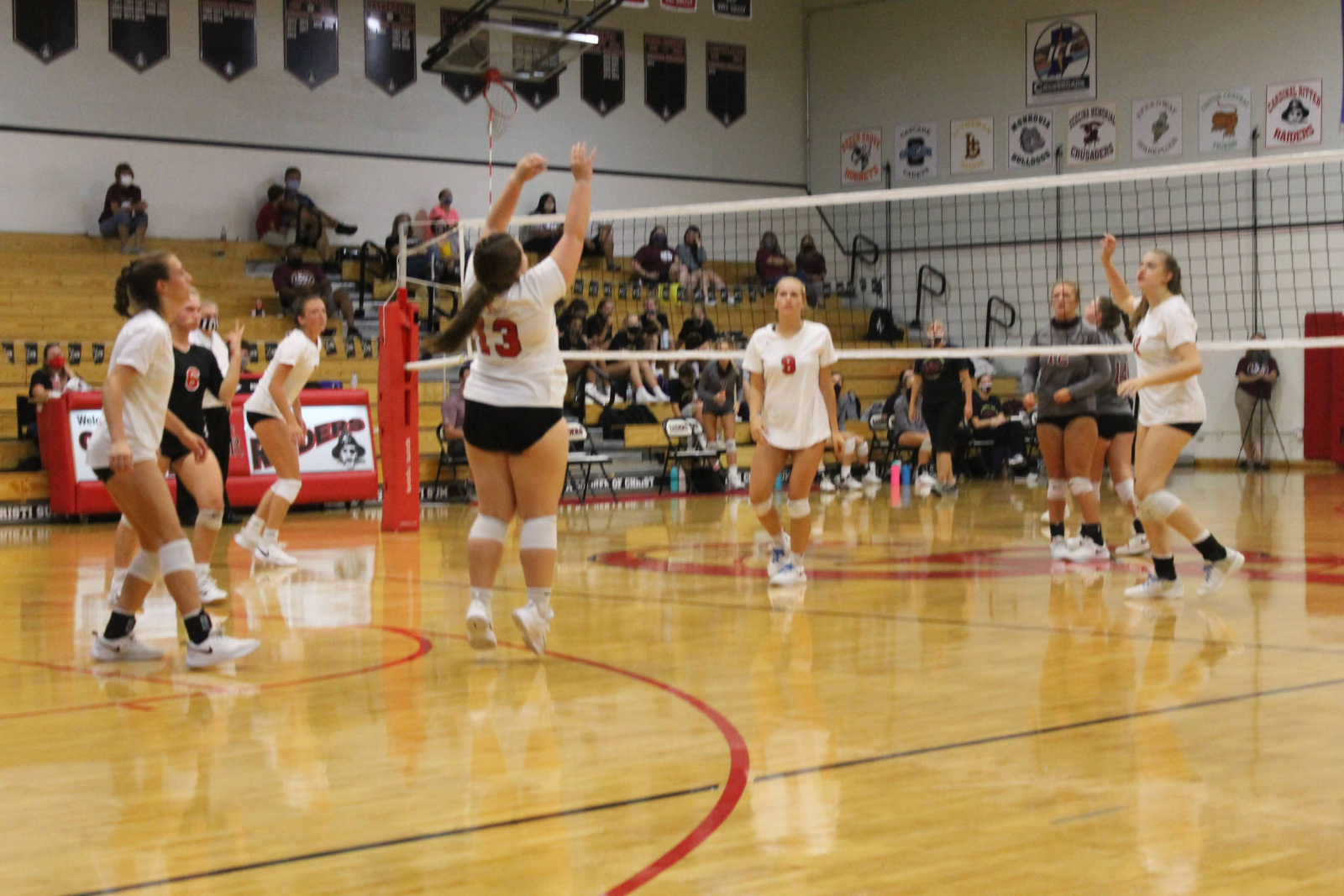 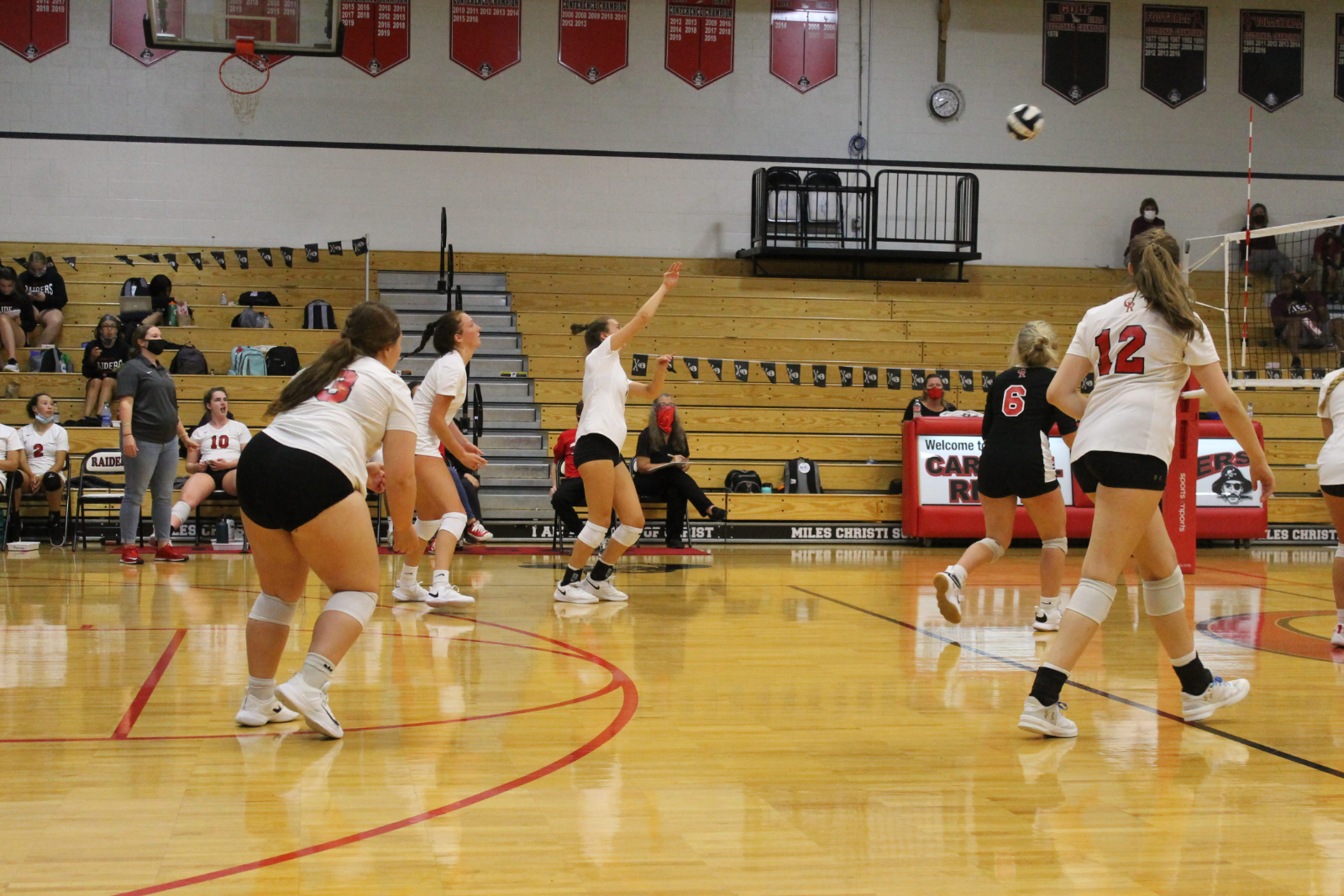 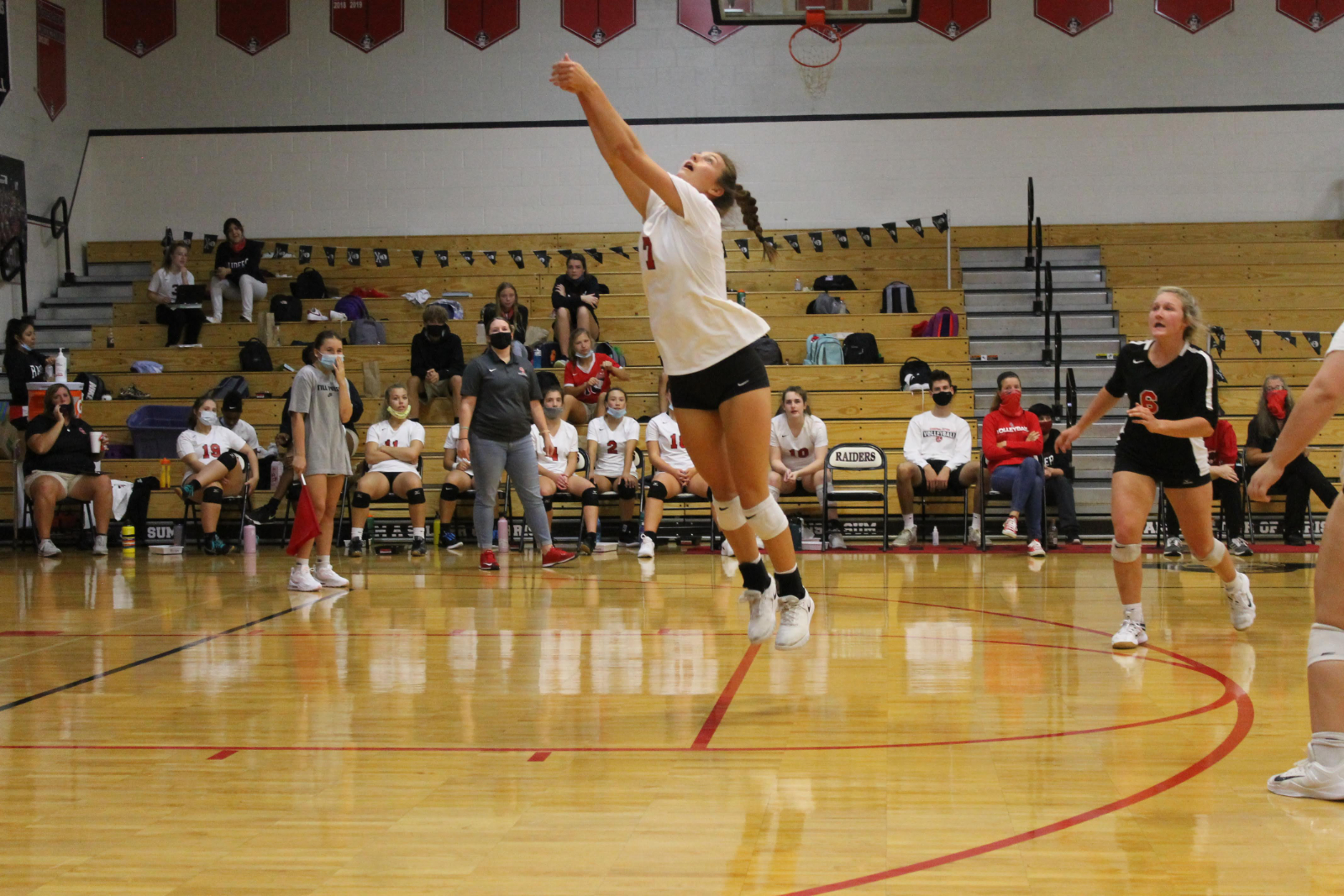 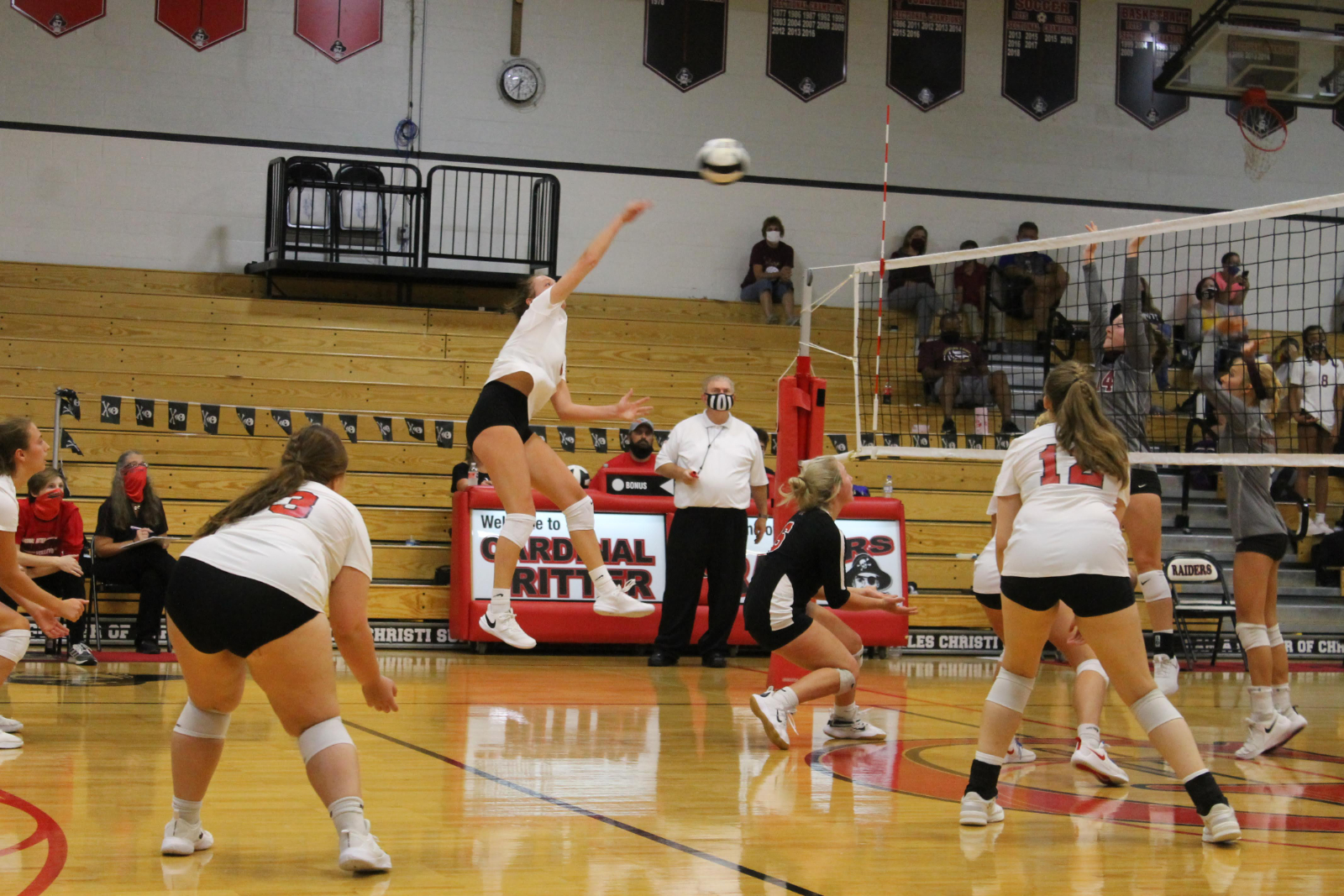 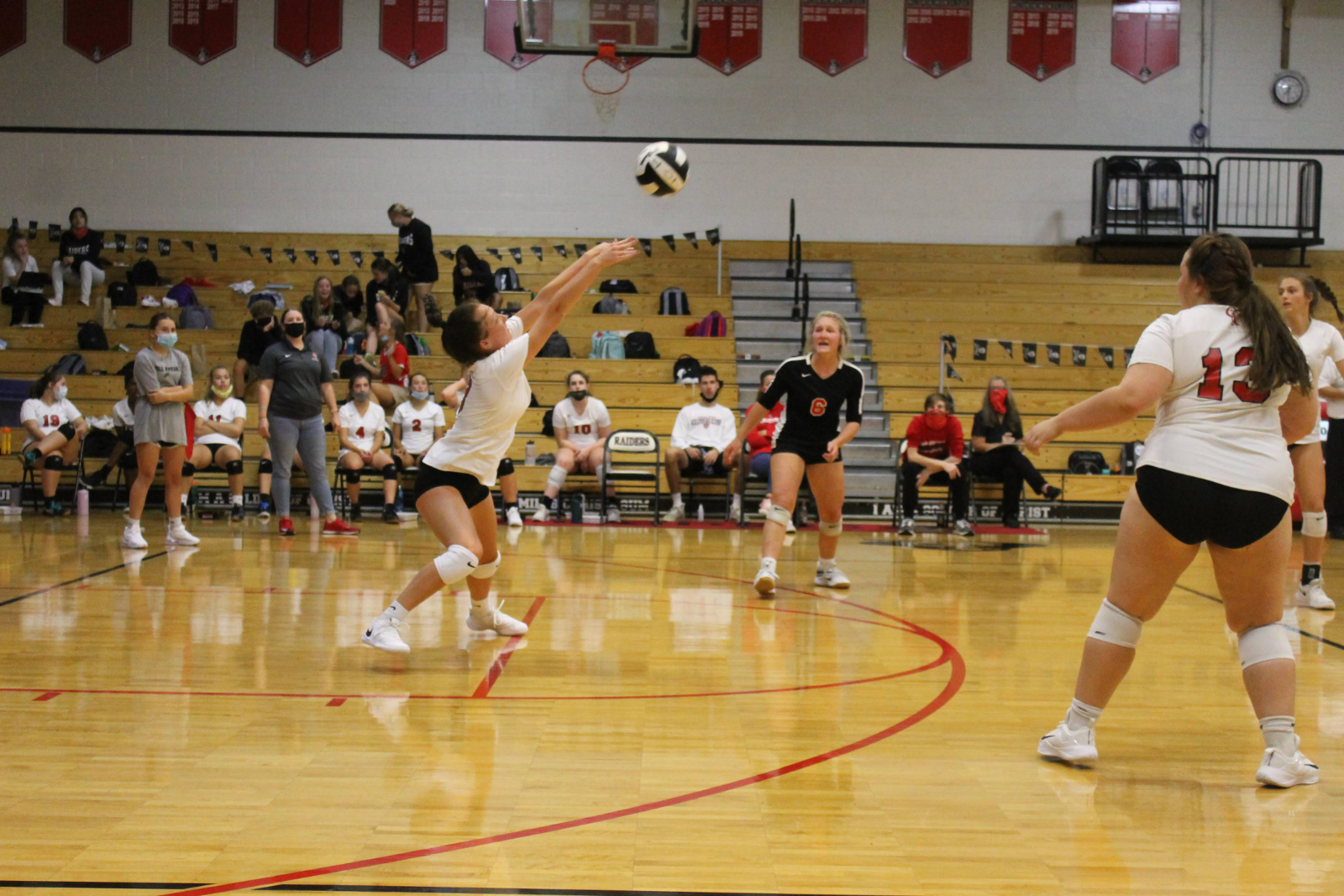 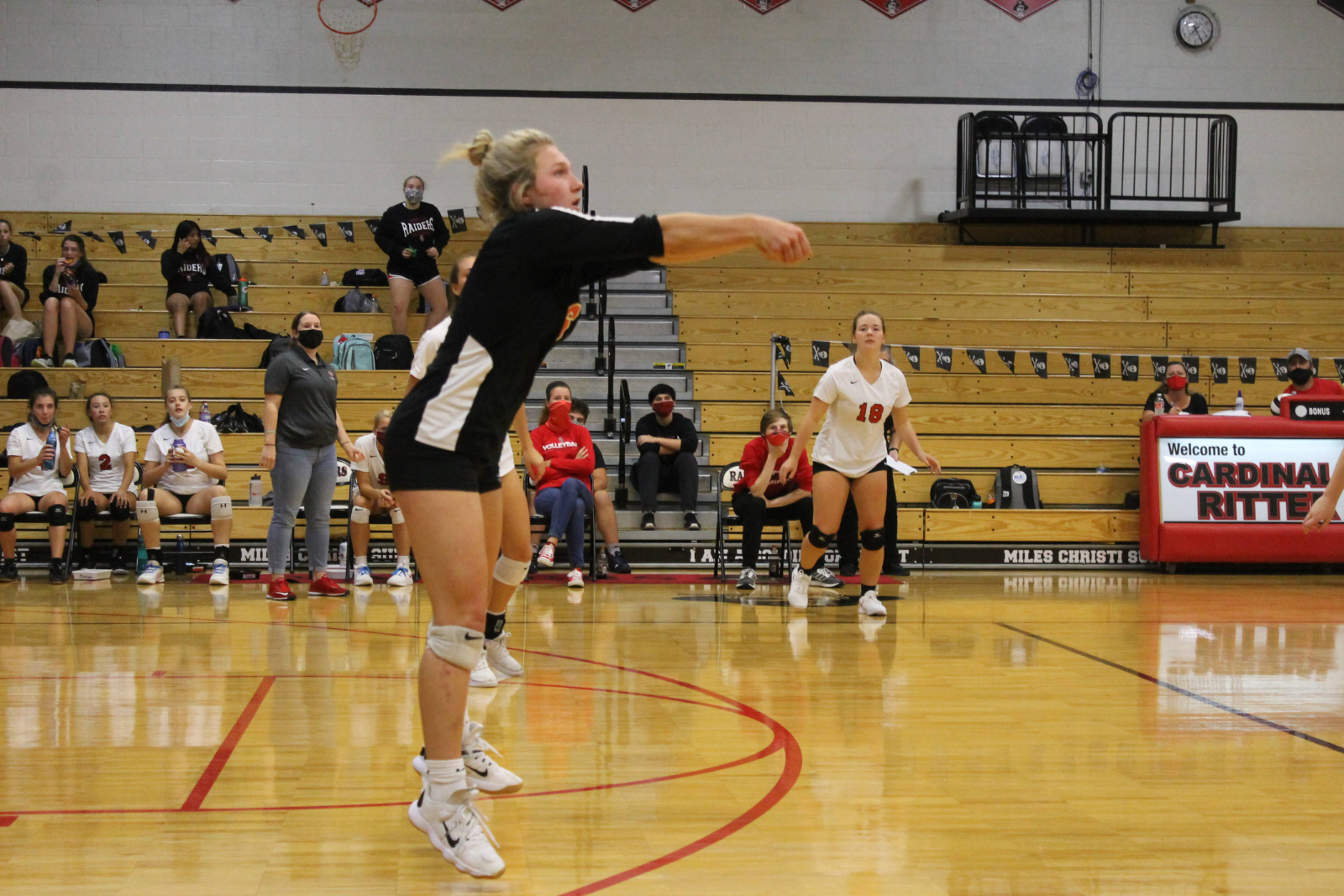