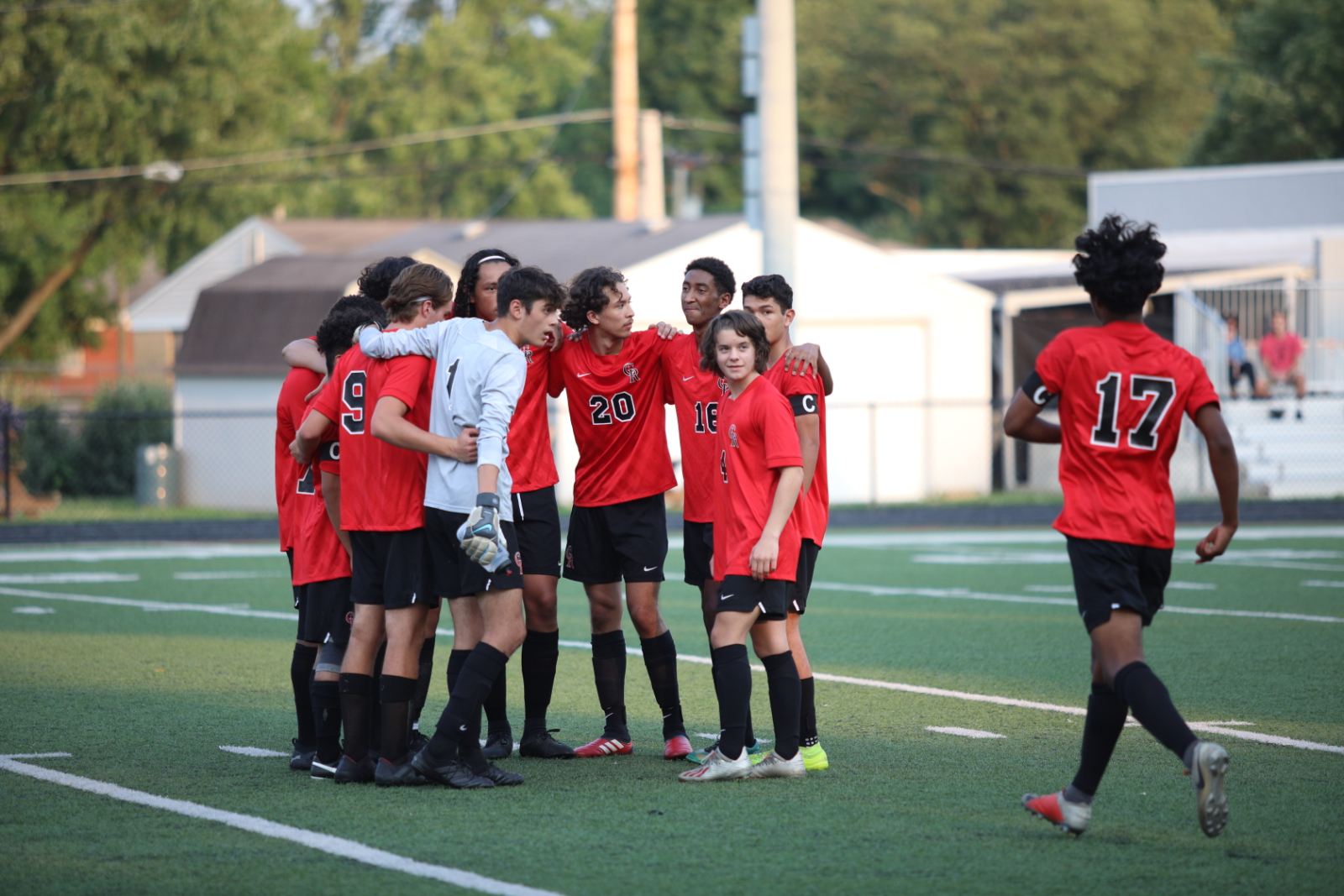 On Thursday, the Cardinal Ritter Soccer Program hosted Lutheran High School in an Indiana Crossroads Conference JV/Varsity double header.  The teams are starting to find their footing that has proven to make deep runs into the state tournament and Thursday was no exception as each team beat the Saints to take the sweep.
The JV Raiders started off and looked like the better team early on, with Victor Lara and Fernando Ramirez dominating possession in the midfield and constantly pushing the attack. Lutheran’s defense was able to do just enough to shut these attacks down before they became too dangerous though. Eventually, the Saints began to tire from constantly defending and Eliab Perez struck for the first goal with 14 minutes left in the first half.  John Starsiak would add to that lead a few minutes later on a long free kick.  The Raiders weren’t done though and with less than 1 minute to go, Ramon Mendez knocked in a cross that Juan Castillo put away to take a 3-0 lead into halftime.
Cardinal Ritter remained hungry and added 2 goals in the opening minutes to extend their lead to 5-0. The JV team continued to knock the ball around with ease, but hit a dry spell for a majority of the second half. Victor Lara would put an end to that with 14 minutes left on the clock and Ramon Mendez would immediately add another goal for good measure and a 7-0 lead. The Saints continued to fight and got themselves on the scoreboard late in the game on a free kick. The Raiders would go on to close the game out 8-1. 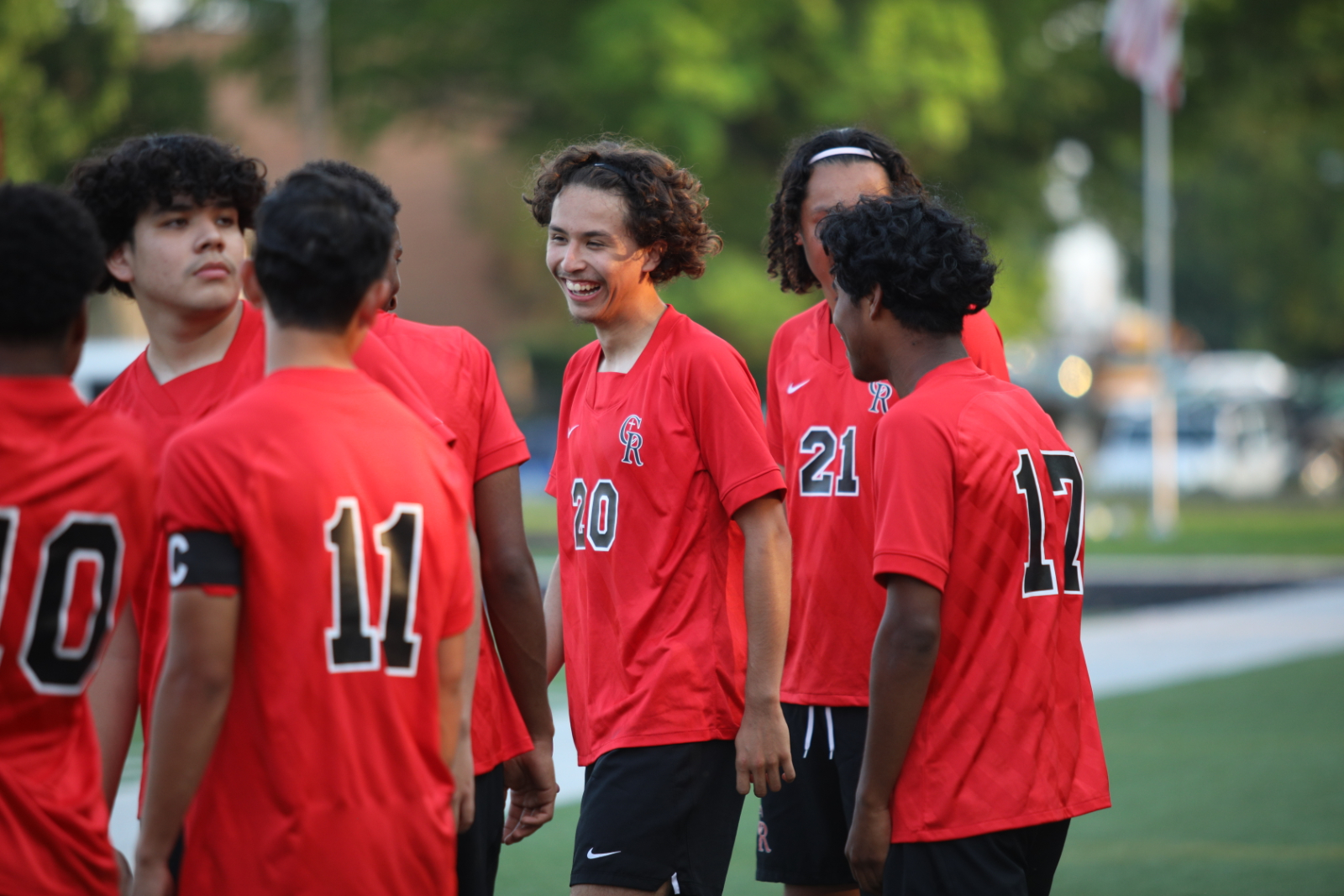 The Varsity soccer team took the field hungry for their first conference win of the year and gained a significant advantage in possession early on. The Saints recognized this and had as many defenders pulled back as possible to clutter the shooting lanes. This strategy paid off early with Cardinal Ritter regularly getting into dangerous positions, but struggling to get a clean look through the mass of defenders and testing the keeper. Even though CRHS would out shoot Lutheran 14-4 in the first half, the game was tied 0-0 at the whistle.
The Raiders wouldn’t wait long to change that in the second half as Paulo Rodriguez put away the first goal of the game on a corner kick from Jose Chavez. As the half wore on, it became increasingly obvious that the large possession discrepancy was taking its toll on the visitors, as they struggled more and more to get in the way of the Raider shots.
The Saints would get a shot of energy with 34 minutes left though on a mishandled shot that would level the game at 1-1. Cardinal Ritter wasn’t deterred and would regain the lead just minutes later when Jose Chavez tucked one away on the back post off a pass from Chris Murray. A short while later, Collin Smith would ice the game with a dagger from the top of the box with 21 minutes left.
The Raiders would cruise to the final whistle up 3-1 for a 1-1 conference record on the season.
Sep
26