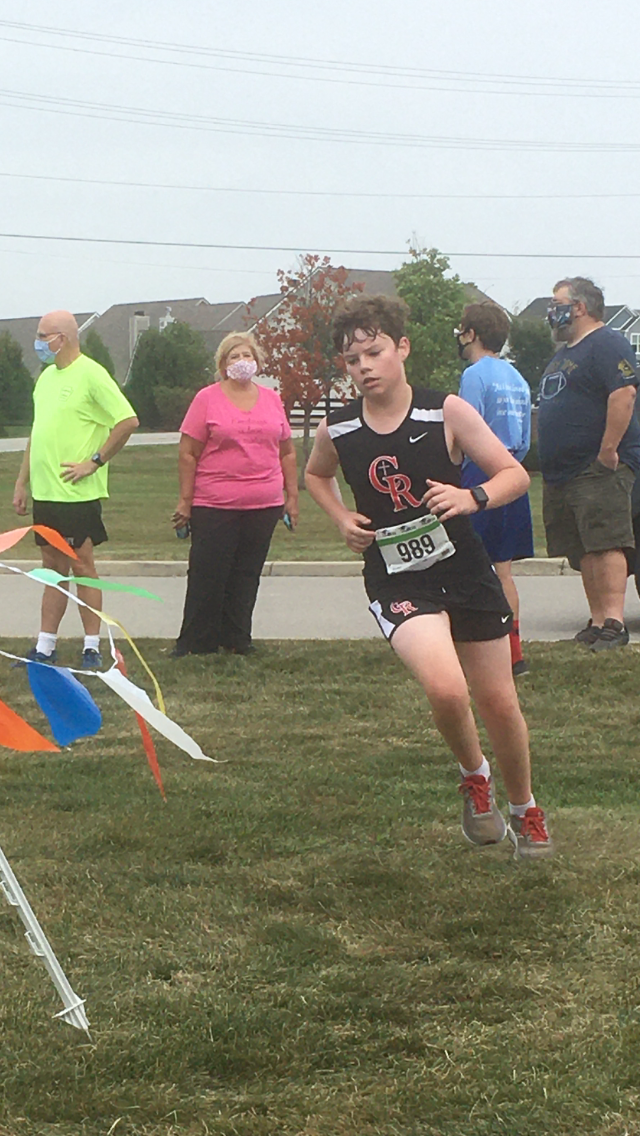 It was cloudy cool Saturday morning at Guerin Catholic High School for the State All-Catholic meet and the Cardinal Ritter team had two firsts.  One, Paul “Streaker” Stamm became the first CR runner to win and two, both teams finished on the podium at same meet.  Neither was ever done before, until Saturday.  Placing on the podium at this meet with the best Catholic schools in the state is a big deal and to have both teams do it, is an amazing feat.  Another fun fact, is Cardinal Ritter had 40% of the top 5 runners in each race, which has never happened in school history.

In the boys race Paul and Wil “Stride” Stamm ran away from the strong field just like have done all year finishing 1 and 2.  The impressive part was this was one of the strongest fields they have faced in their career.  The twins have been on a torrid pace with Pual winning most and Wil coming in second in every race except for the one he was 3rd.  Nicholas Mark broke the 18 minute mark for first time in his career, which is big for a runner and 4 others also had great days, running PRs, Ivan Miller (4th straight with a PR), Billy Macleod, Carson, and Mason ZeGarra.

In the girls race, it was the second straight meet all the girls has PRs with Jenna “Get Up and Go” Gruber out kicking two other runners, to earn the highest place ever for a female runner for CR, tying “Marathon” Mary Anna Wehrle’s 2nd place last year.  Hanna “Kick” Wells ran a tough race lowering her PR by nearly 20 seconds placing an impressive 5th.  Sarah Jacob’s goal was to make the podium and she did placing 15th.  Kat Carlson lowered her PR by over 25 seconds.  Lastly, the team had a new runner this week in Stephanie Molina who many may know as a star in Track and Soccer.  Coach Ford said, “She has the heart of a lion.  She put that on display Saturday as she went out hard and hit the wall (which means your body no longer wants to run) at about half way and most runners, if not all would have quit.  She did not as she prevailed and ran a very impressive time for never having run 5K. Before the race the girls were not ranked in the top 75 in Indiana.  Because of her (Molina) and all the amazing other PRs we had, the girls are now ranked an incredible 49th out 404 teams according to Athletic.net.” 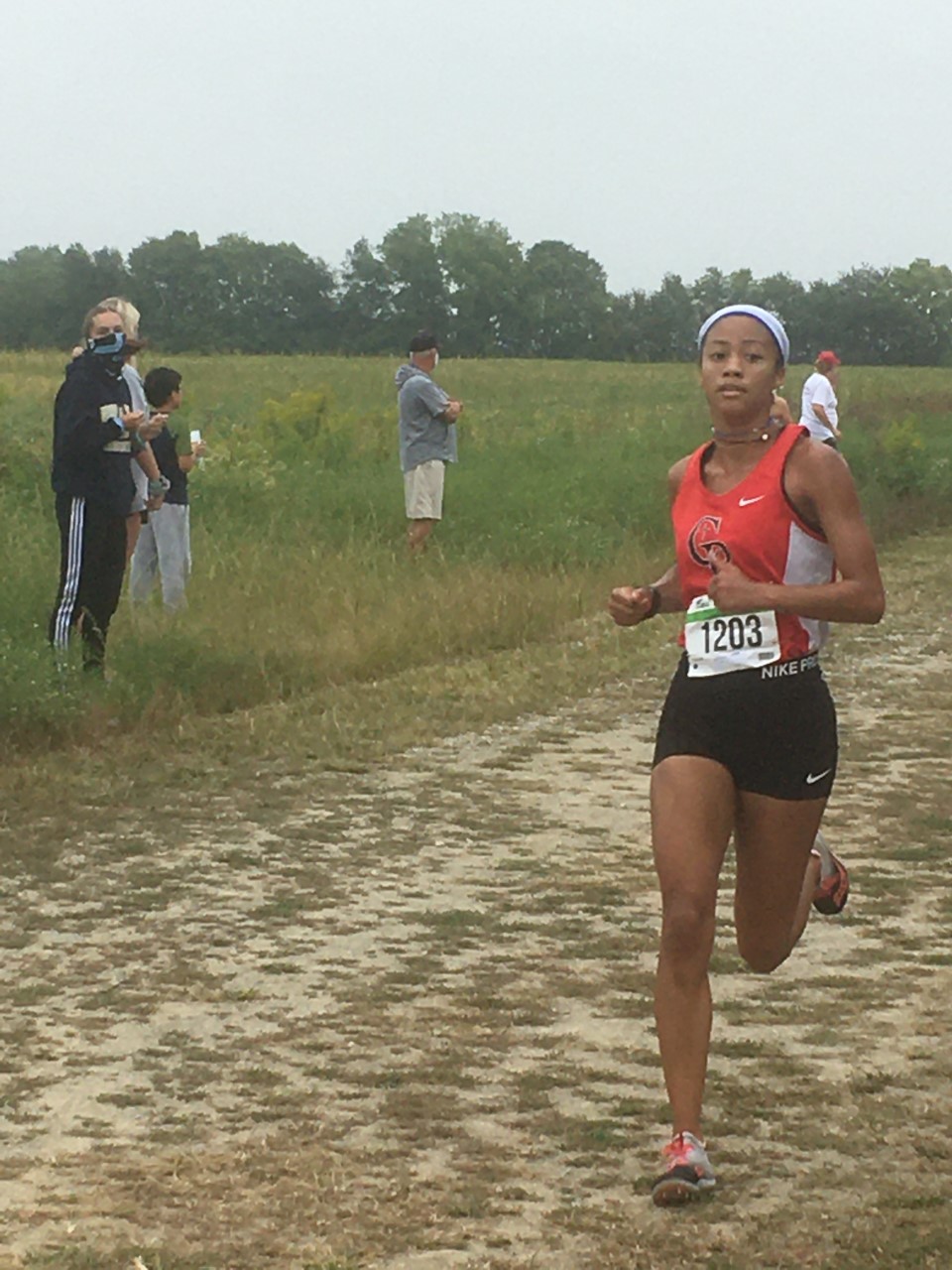 Coach Ford also said about the CR Runners, “The Stars of the meet for the boys was easy and it goes to Paul Stamm for bringing home our first individual win at All Catholic.  On the girls side it was again much tougher as I could make a case for each runner and it came down to Jenna Gruber and Stephanie Molina and I did not want to choose, yet it has to go to Jenna for placing 2nd, getting a PR by 12 seconds, out kicking not one but TWO runners, and lastly passing the great Kendall Blake as the third fastest runner ever at CR.” 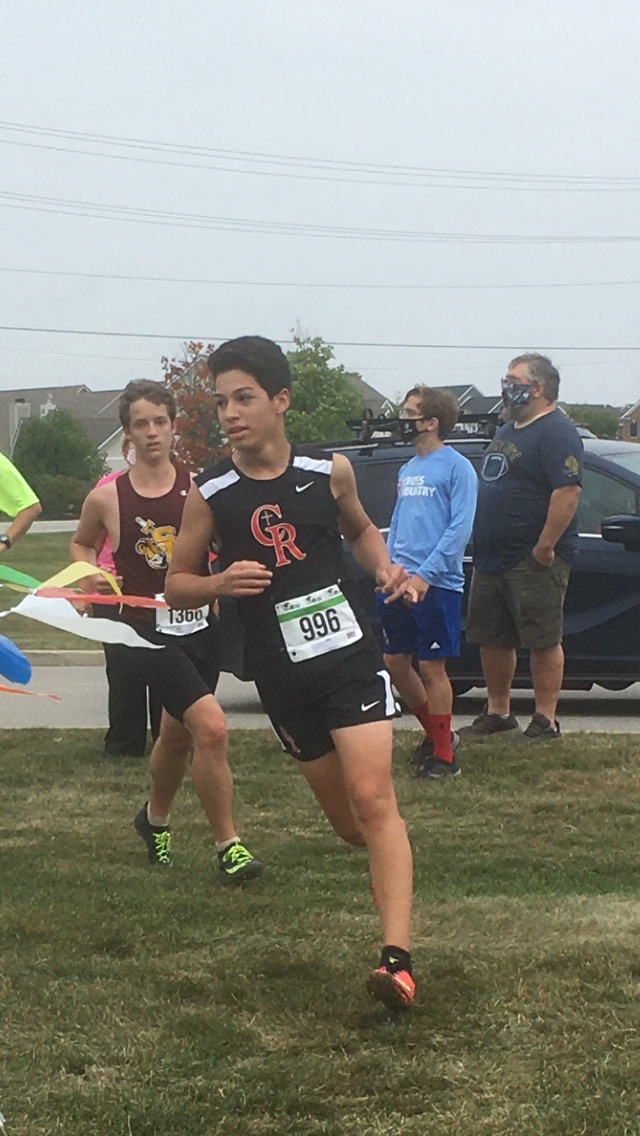 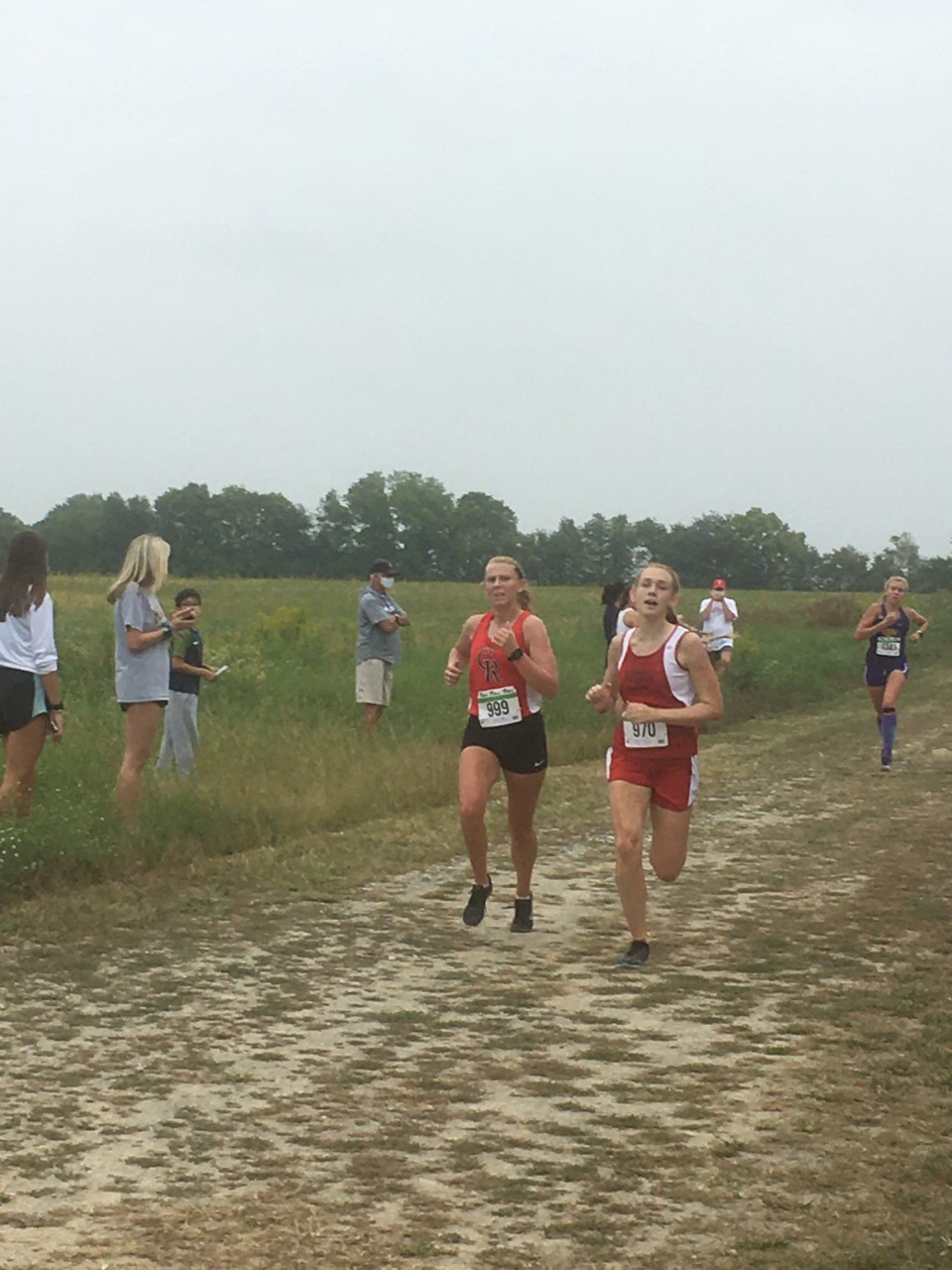 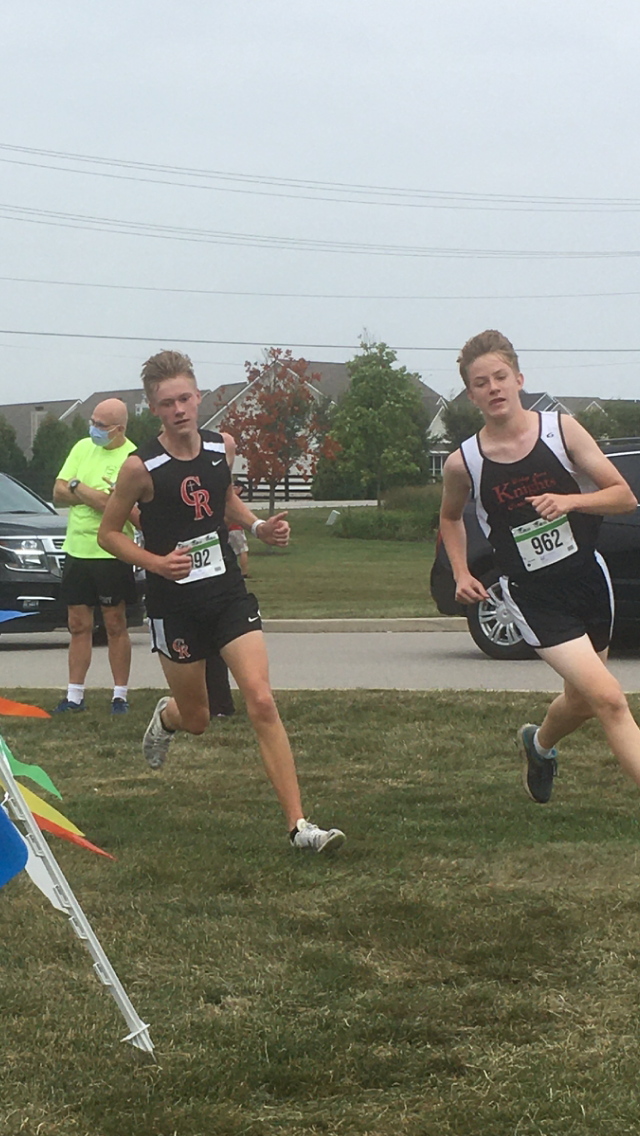 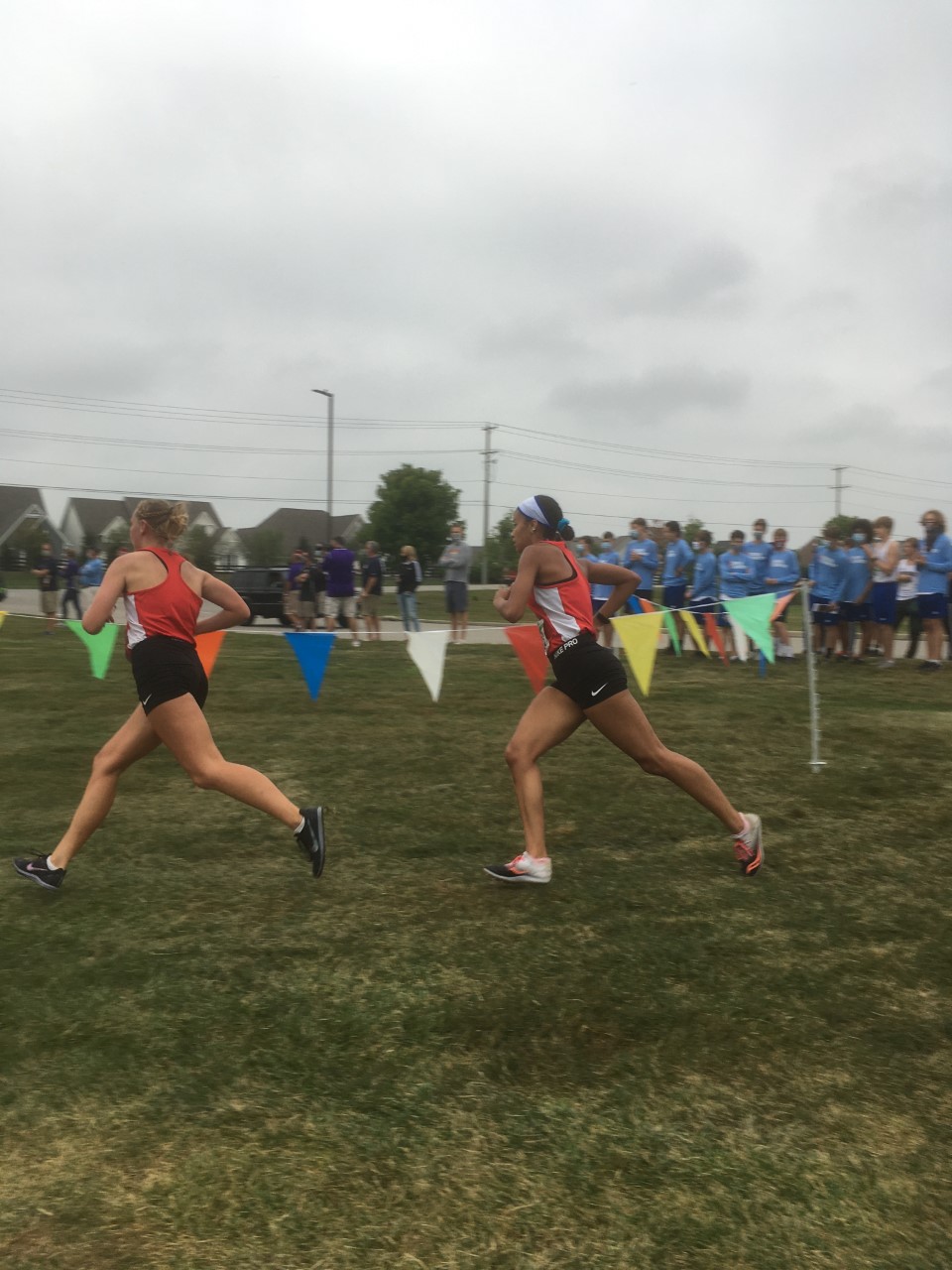 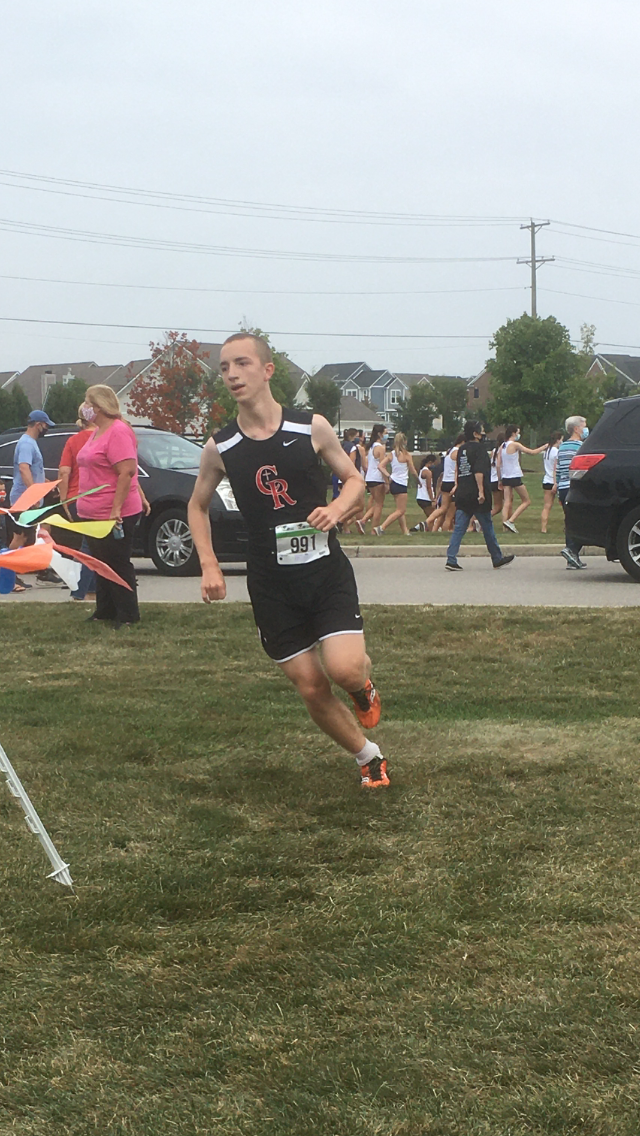 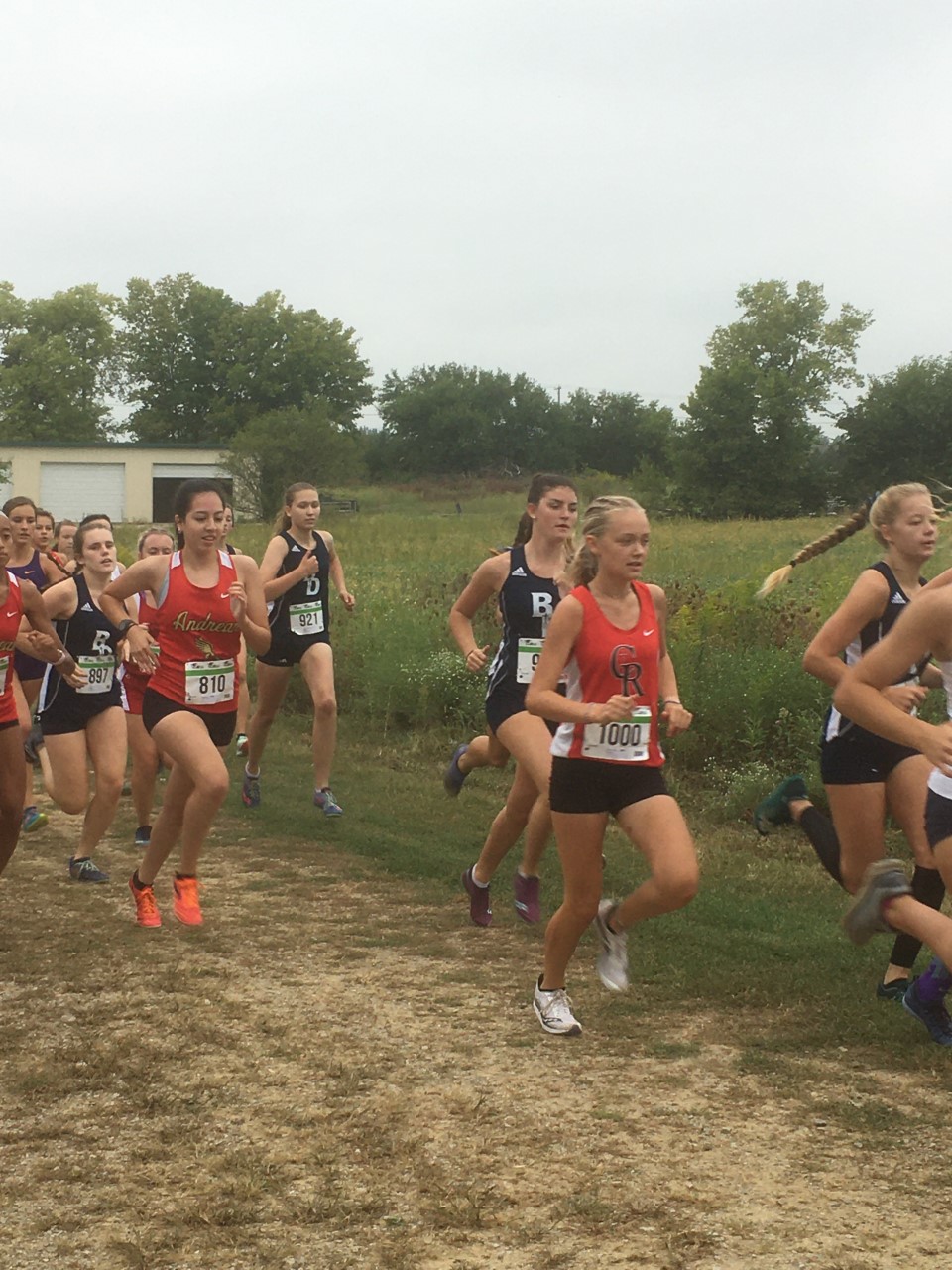 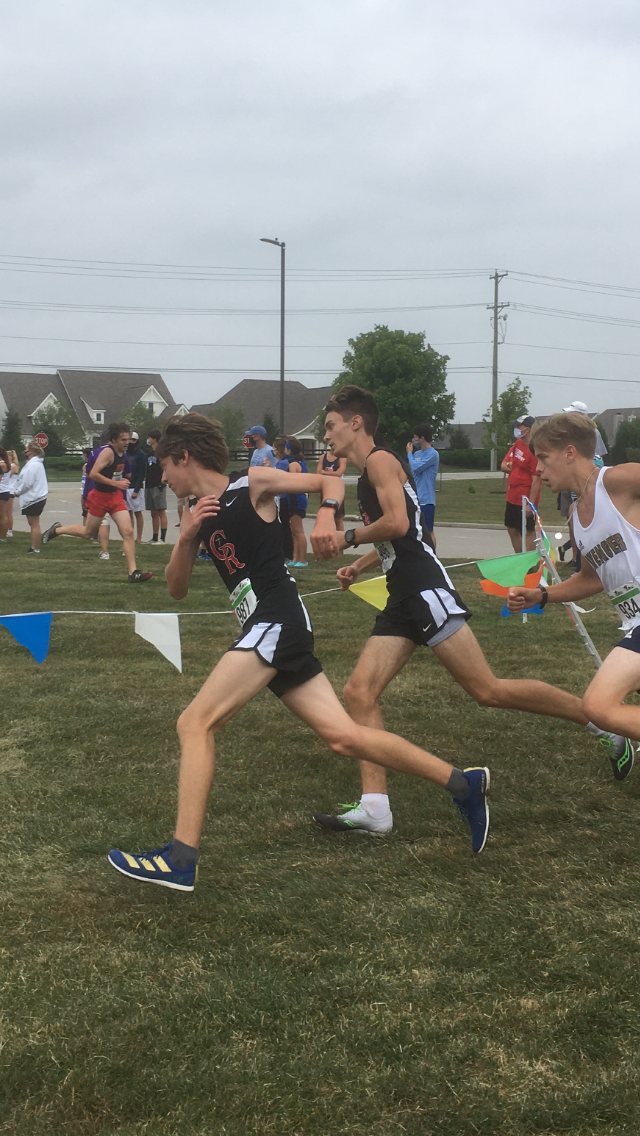 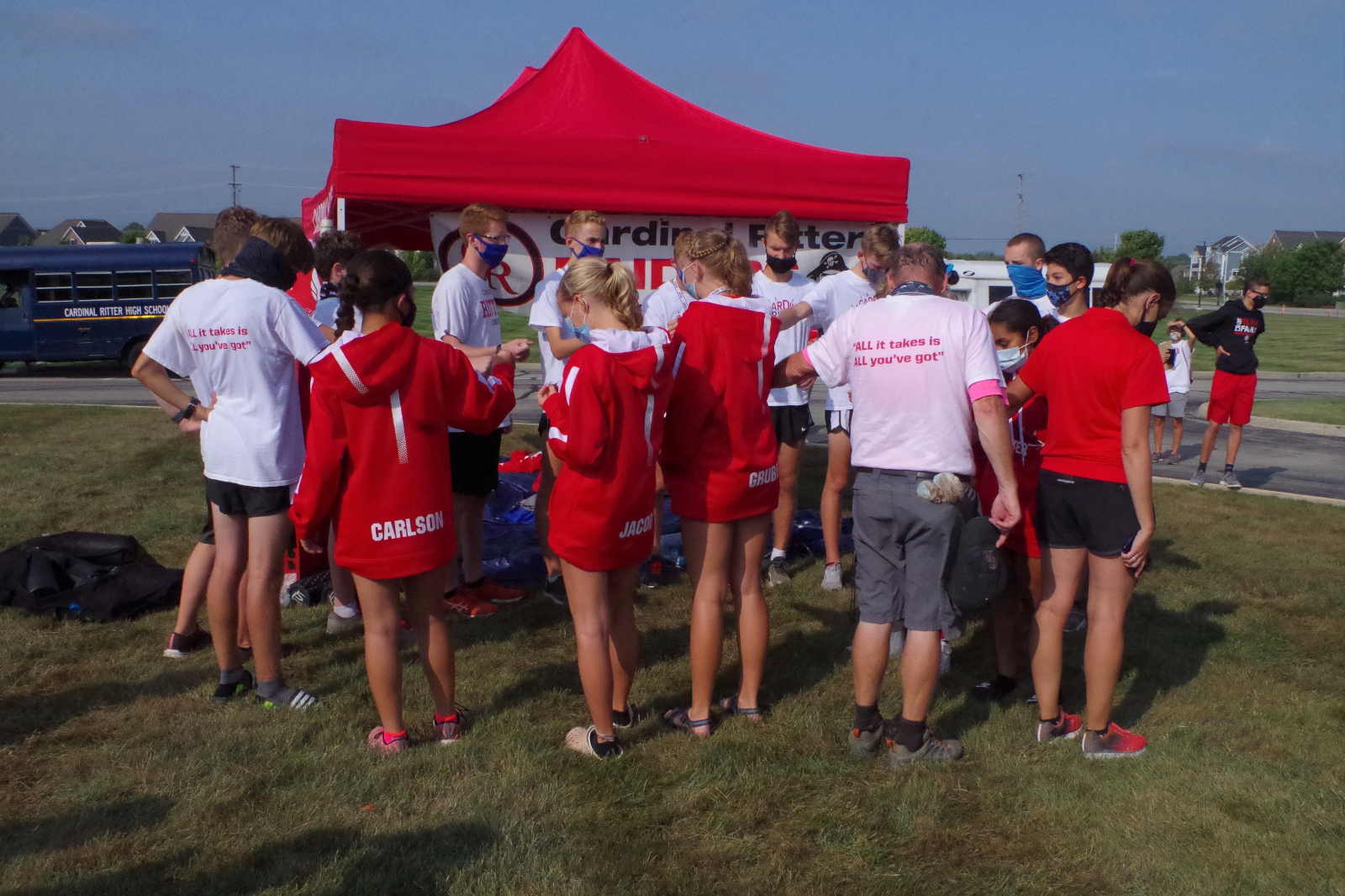 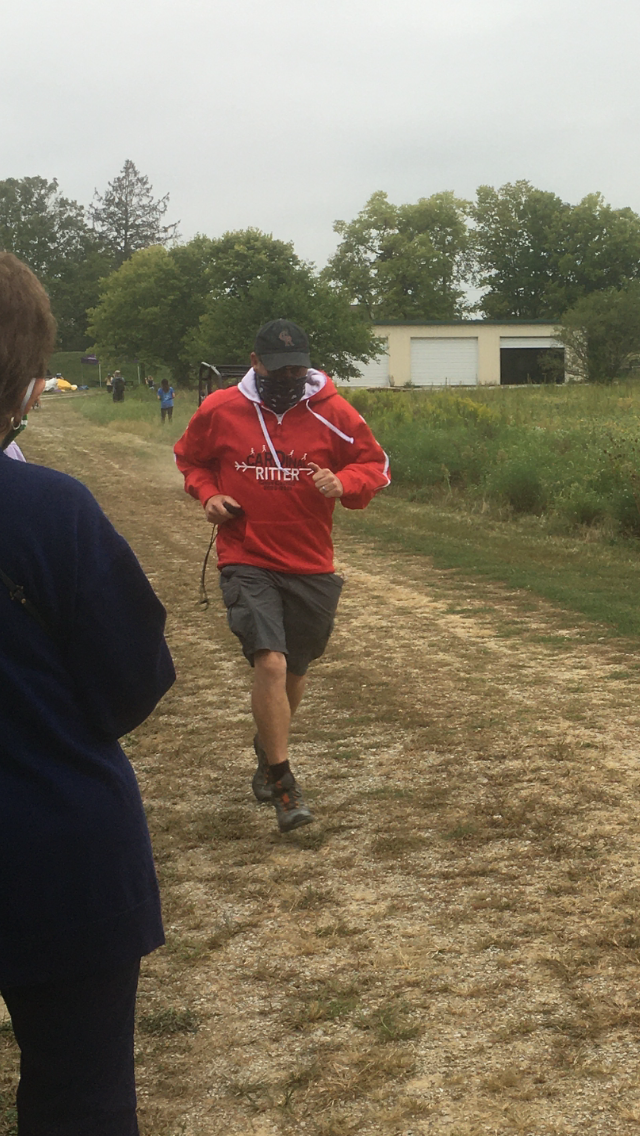 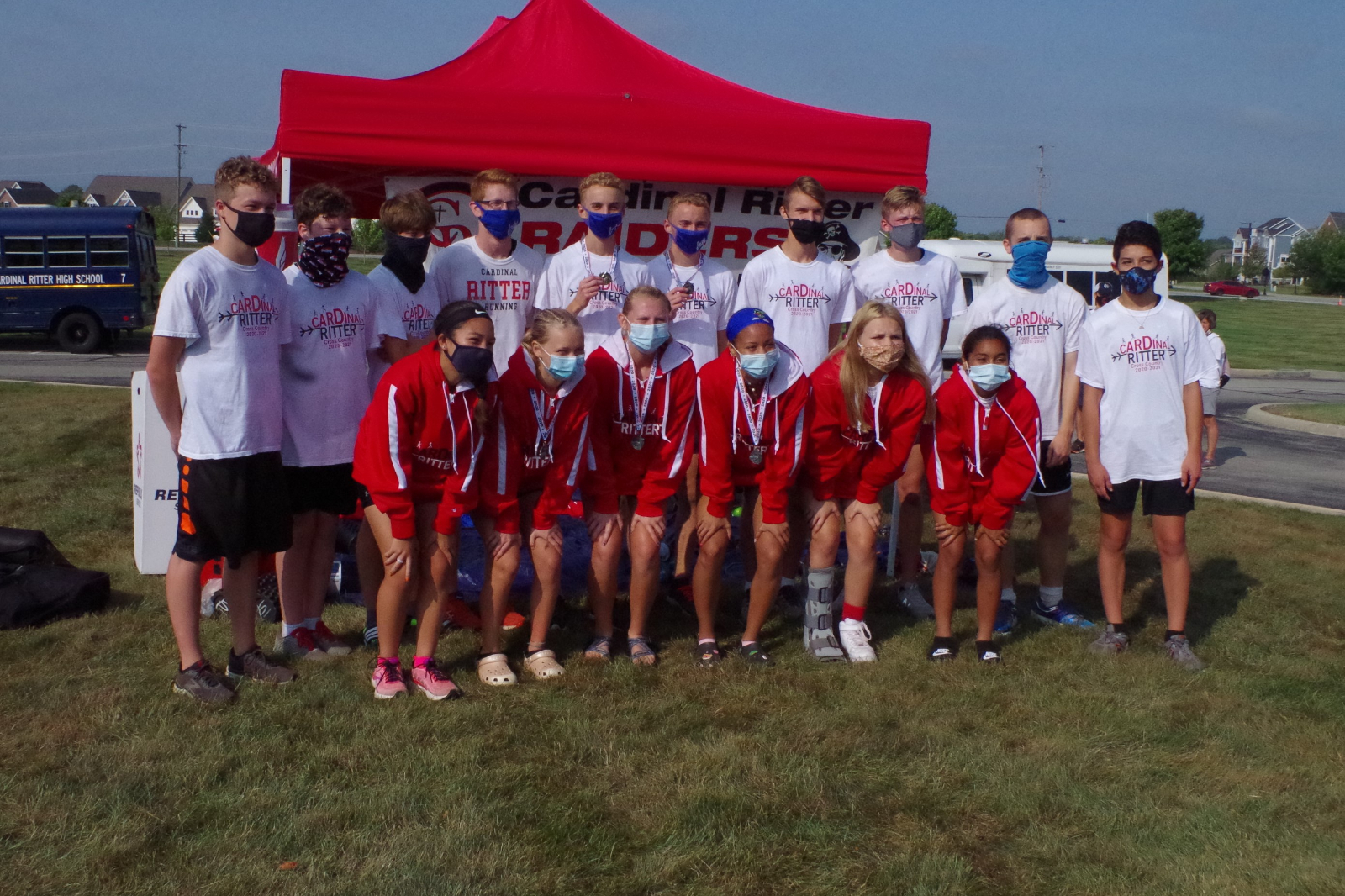 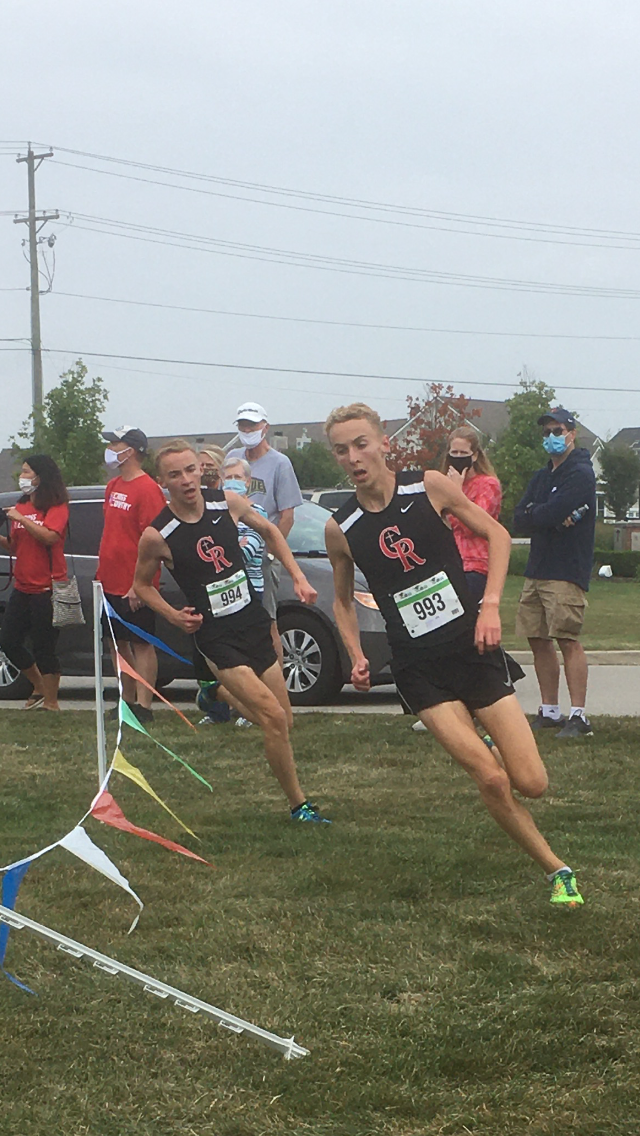 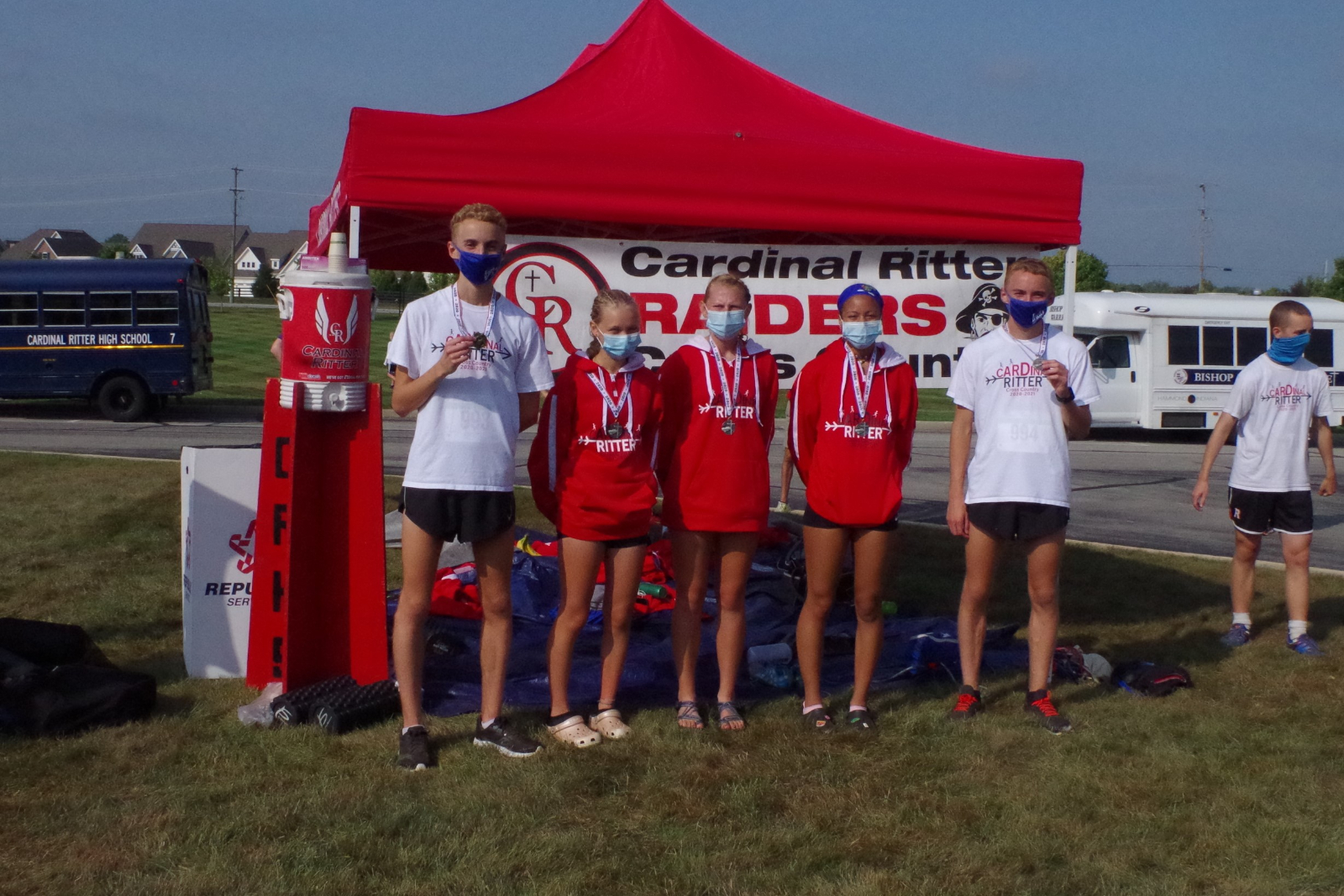