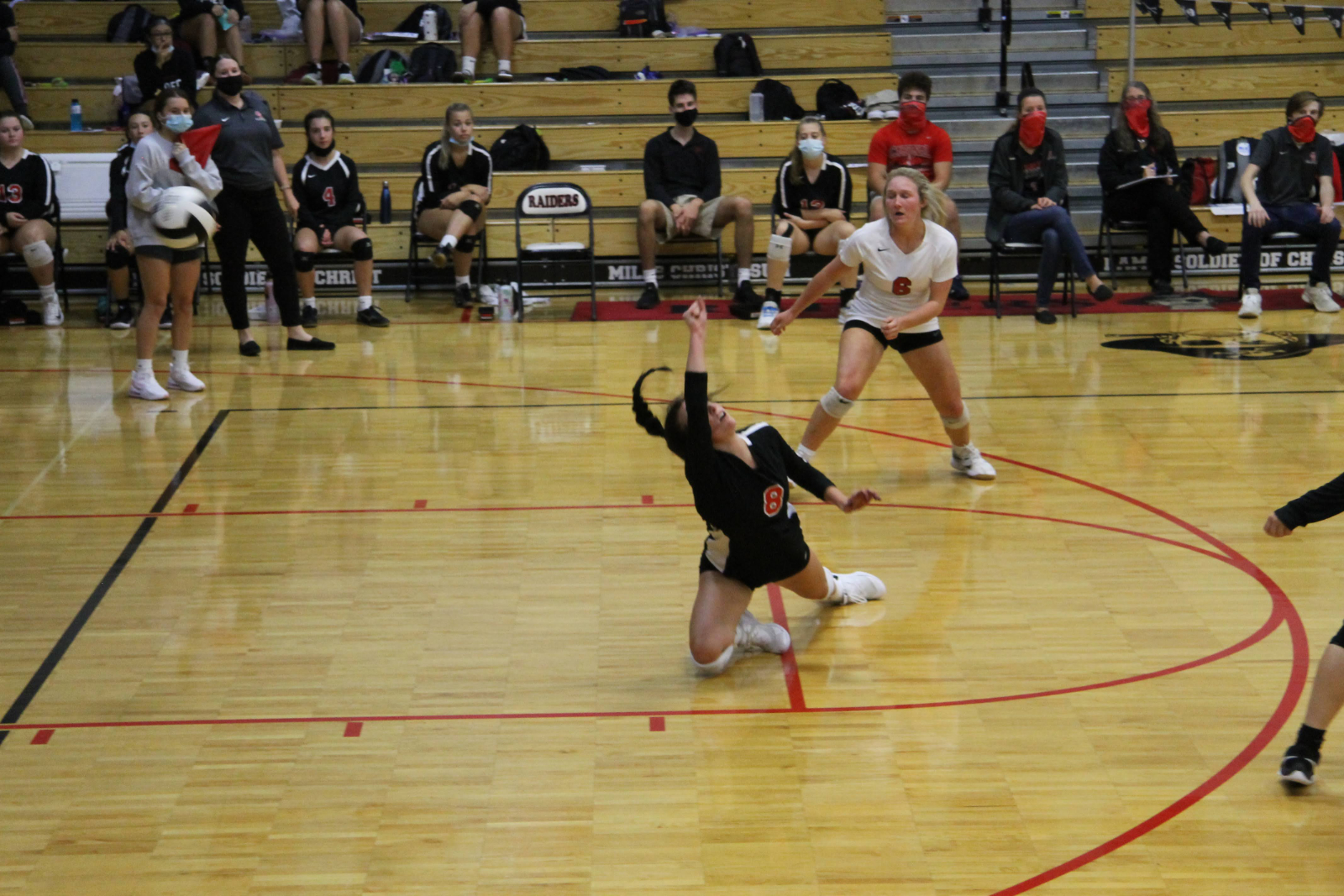 The Cardinal Ritter Varsity Volleyball Team has played very well the last couple of matches and has not been able to pull out a win in the last two home contests as they fell to Heritage Christian on Thursday then dropped a heart breaker Tuesday to Scecina.  There has been lots to be excited about with the team as many individuals have performed well.  The team is finding its groove again and look to bounce back.

Defensively CRHS was led by Lauren “Steamin'” Beaman with 11 digs. On offense for the Raiders, Alexis “Pepper” Priesthoff led the team in assists while Kelsey “Wild Card” Waggoner led the team in kills.

The Freshman Raiders played a good match against a talented C-Team from Heritage Christian and lost in 2 straight sets (15-25, 20-25). Evelyn Buck led the team in kills with 3. Molly Van Gheem led the team in aces with 2. Emma Cmehil and Hannah May combined for 18 of teams 30 digs collecting 10 and 8 respectively. 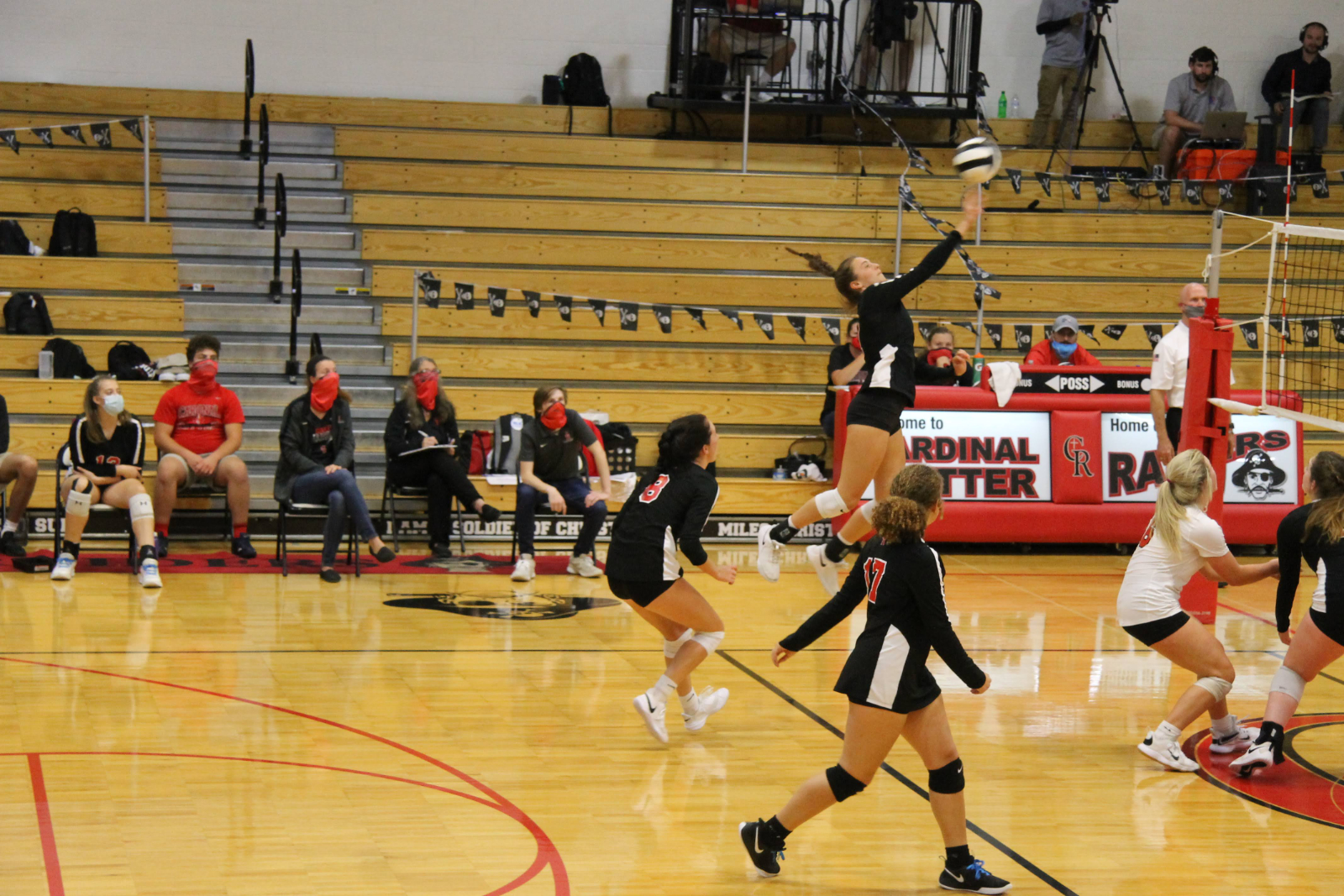 Waggoner had her first triple double of the season while leading the team in kills with 15, aces with 10, and digs with 29.  Morgan “Straight Shooter” Schabel was close behind her with 10 kills, 5 aces, and 21 digs. Rounding out the offense was “Raking” Riley Heim with 7 kills and Lindsay Norton with 4 kills. On defense Beaman added 26 digs for the Raiders while Priesthoff and Maggie “Schmack” Cmehil had 19 and 14 digs respectively. Priesthoff and Audrey “Assist” Odier ran the offense with 18 and 11 assists each. 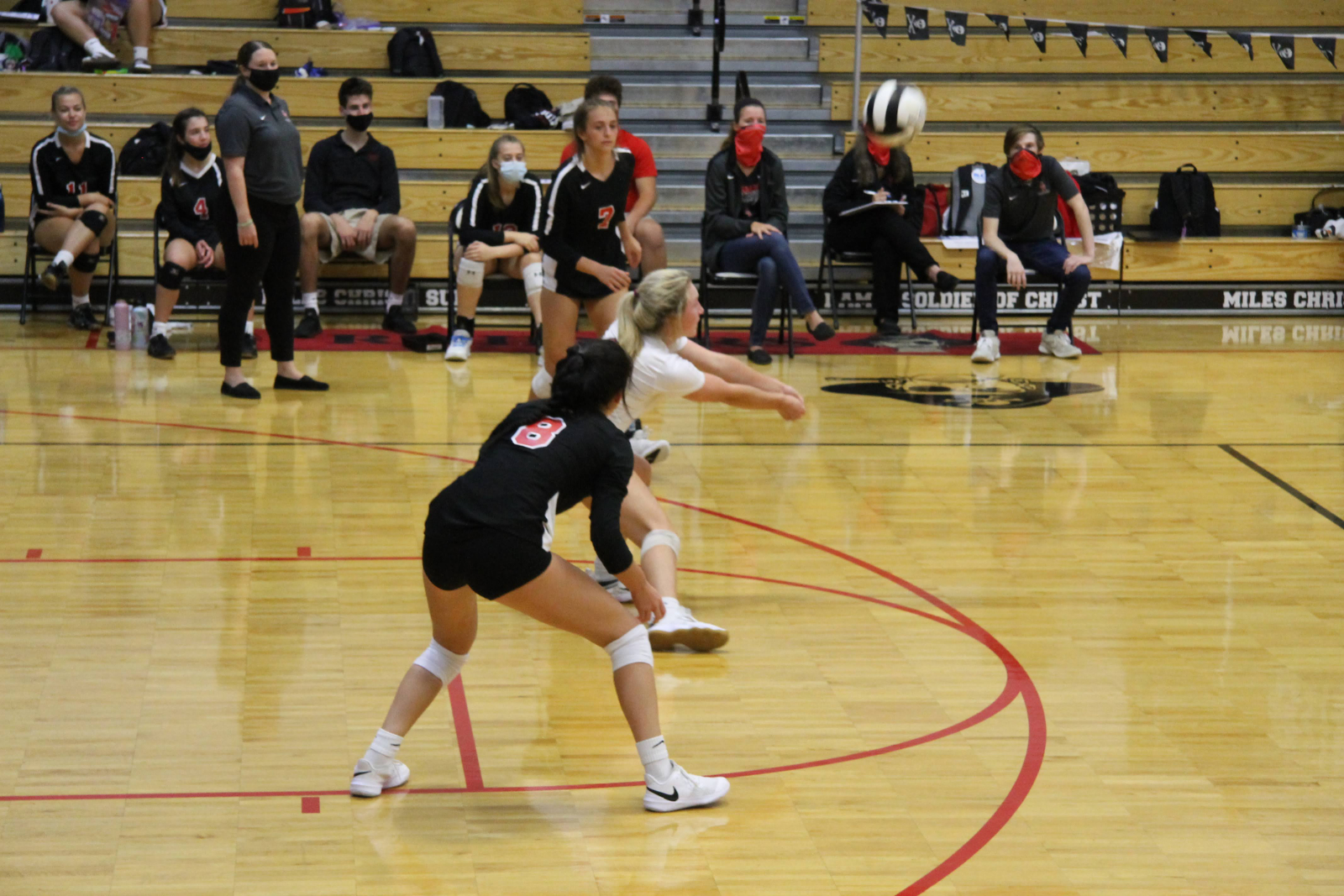 The Freshman Raiders defeated Scecina in straight sets (25-23,  25-16). Molly Van Gheem started Set 2 serving the first 11 serves of the set and picking up 8 aces along the way. Additional aces were added by Evelyn Buck and Emma Cmehil with 3 each and Hannah May added 1 ace. Buck led the team in kills with 3. Cmehil led the team in digs with 8, while Maddie Roberts added 6 digs.

The JV and Varsity teams will take on Lebanon at home on Thursday starting at 5:30. The freshman team will compete in the Freshman Tourney at Chatard on Saturday. 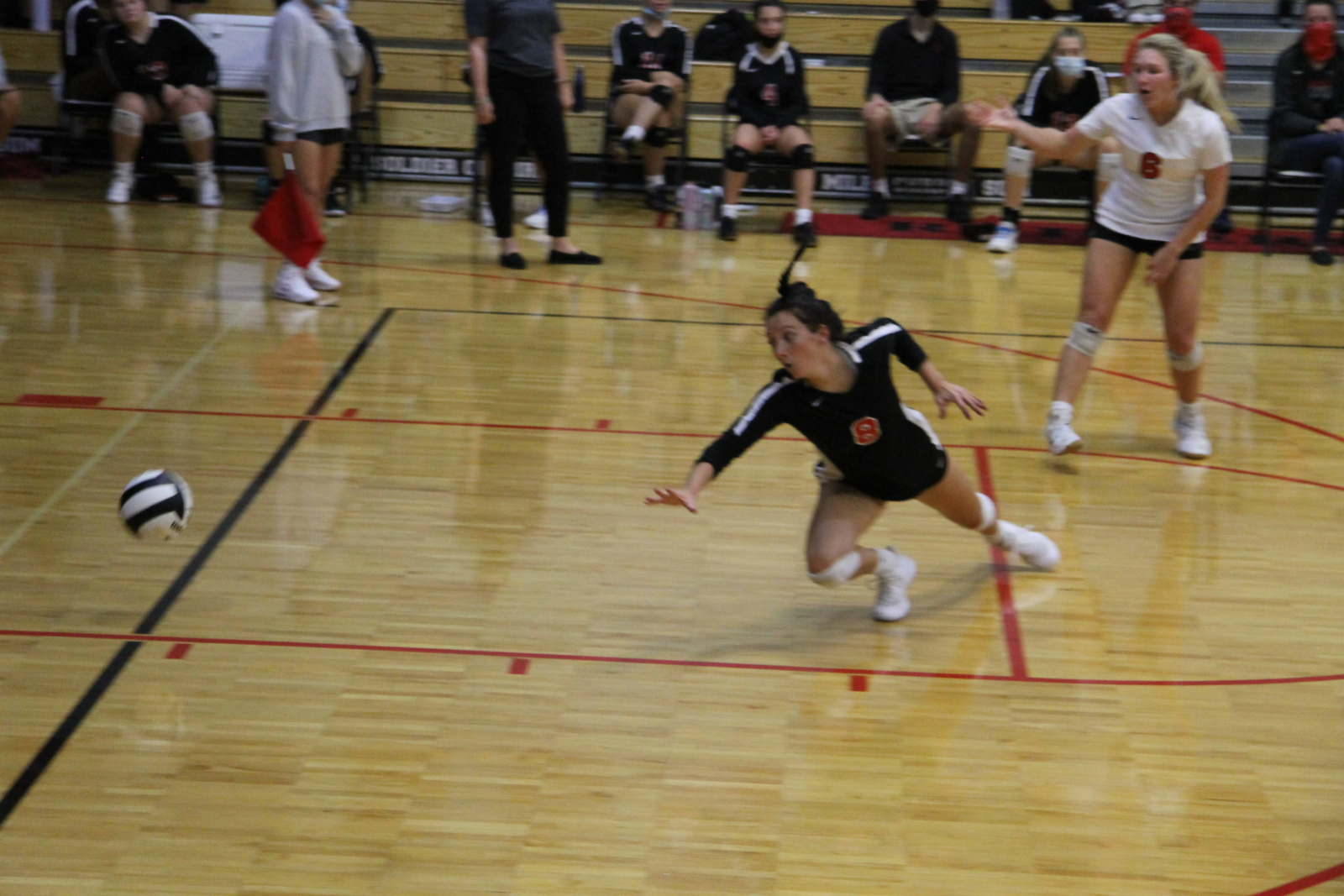 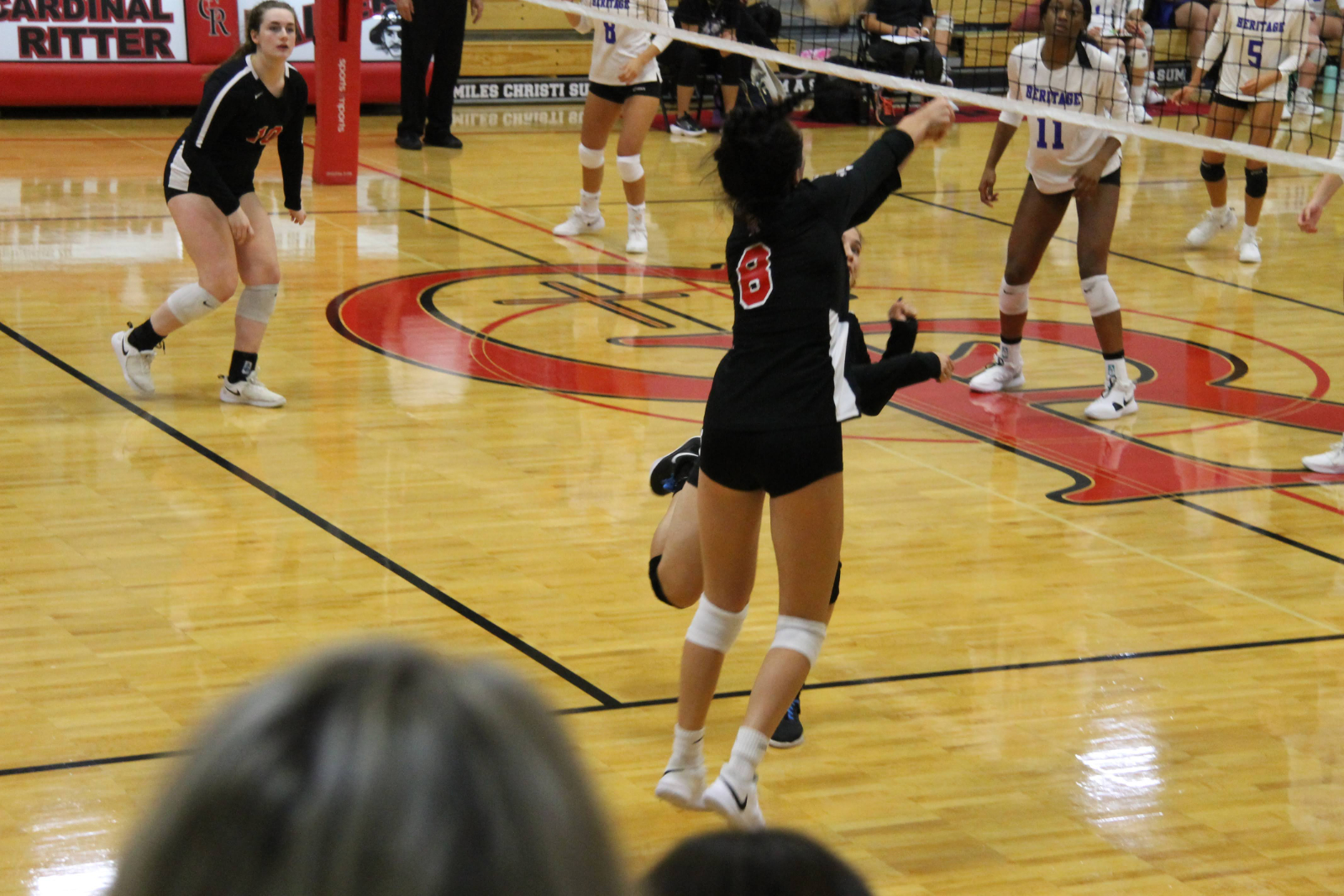 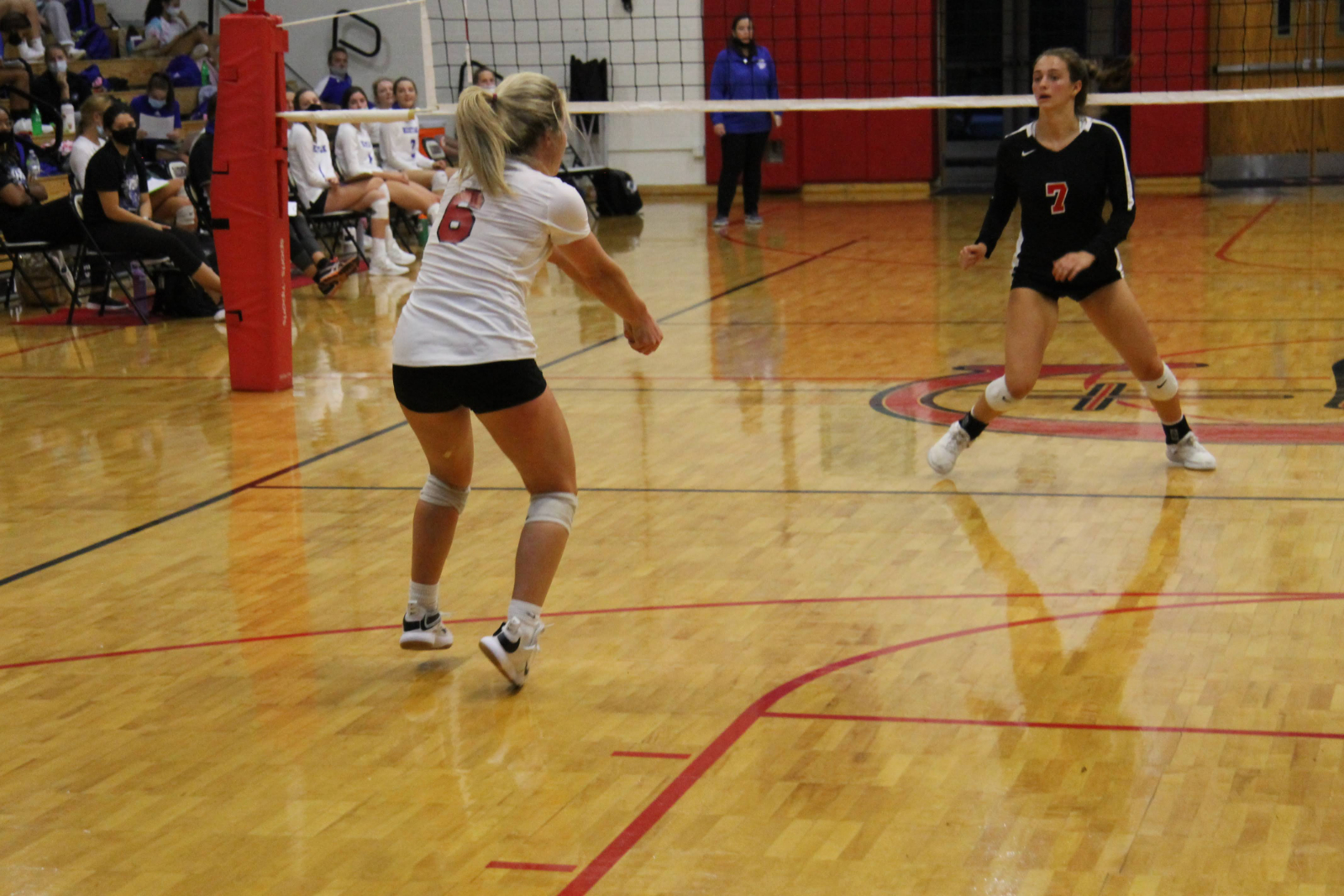 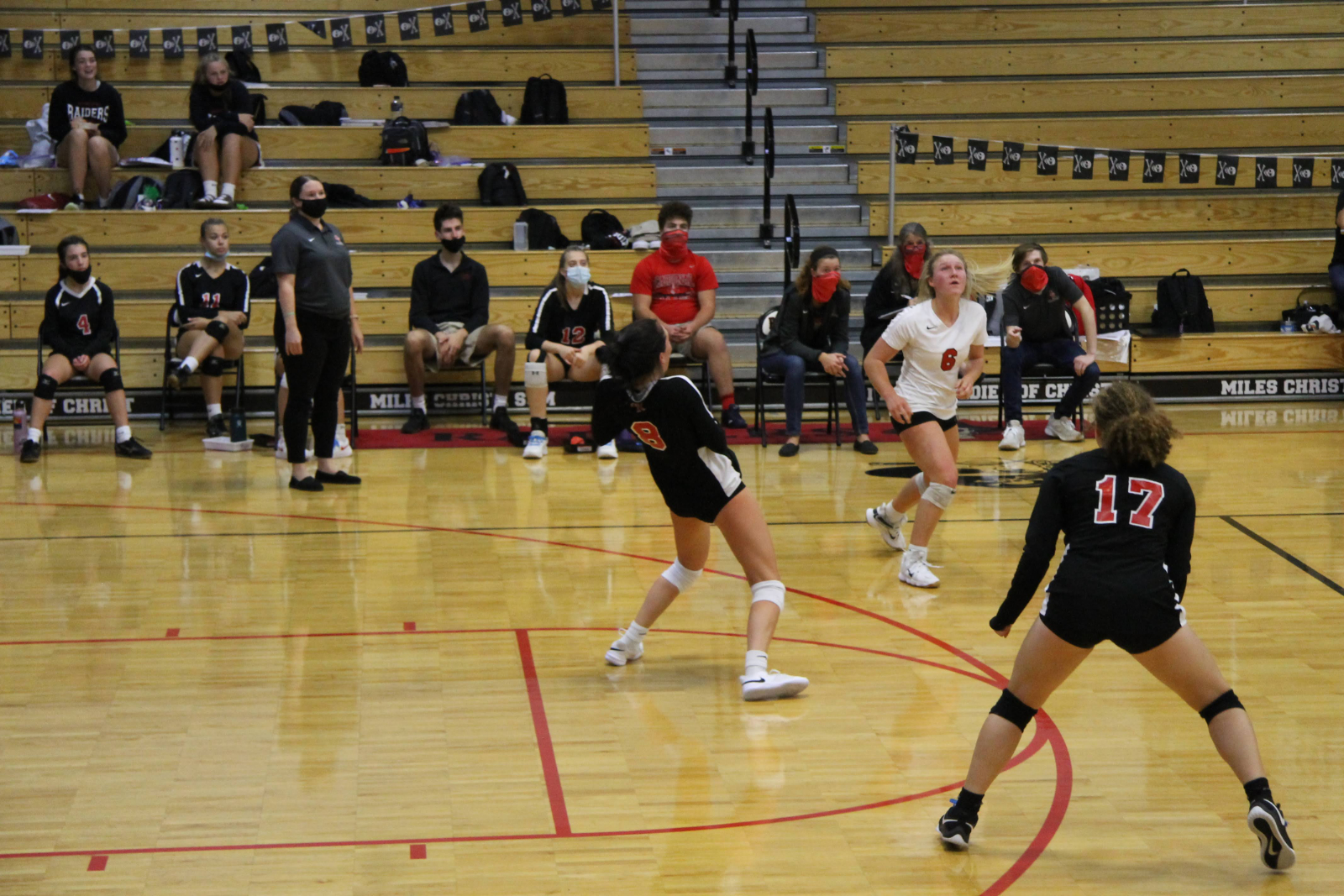