What a great day Tuesday for the Cardinal Ritter Cross Country Girls & Boys on a beautiful Fall like evening at Shelbyville for the Indiana Crossroads Conference Championships.  Both teams won, we had the individual ICC Champs in both races, and finally we had 7 All-Conference runners (three girls, four boys)!  It cannot get much better.

The team knew the girls race was going to be close as there were 4 strong teams.  It was the strongest field the team has seen in years.  Seniors Hannah “Kick” Wells and Jenna “Get Up and Go” Gruber, both All-Conference, fought it out for the individual win as Wells pulled away in the last 1 1/5 K to win her first conference championship and Gruber placed 2nd.  It is pretty astounding as now makes it 6 in row that Cardinal Ritter has had the girls individual champion.   Junior Sarah Jacob was also All-Conference for the second time in a strong race as she kicked in to place 6th.

The Raiders knew their top three girls were going to finish high, but not sure where the ‘soccer’ girls would finish but coach Ford knew they would perform well and they sure did!  Seniors Stephanie Molina and Kat Carlson ran together throughout and then Molina took off, as she passed 7-8 runners in the last half of the race placing 14th in only her second race ever, and ran a PR by 3 minutes!  Carlson hung tough and finished very strong as well.  The girls won by 13 points over Monrovia and few more over Beech Groove and Cascade.  That now makes it 5 years in a row that the girls have won the ICC and Wells and Gruber were key members on the team that won all four years and they were All-Conference all four years.   Pretty amazing stuff.

The boys, as expected, dominated their race as they easily won placing four runners in the top 10 and five in the top 12.  Senior Wil “Streaker” Stamm became a two time Conference Champ and Paul “Stride” Stamm placed 2nd.    They are sure fun to watch and this race showed the bond they have with each other.  Junior Nicholas Mark was All-Conference placing 5th as he ran a very smart race, as he gradually picked off runners throughout.  Same can be said of Senior Ethan “Lion Fish” Lettich who was close to the top ten throughout, picked off a few then hung on for 10th, earning his first All-Conference. Coach Ford quote, ” The young man doesn’t know what the word quit means. Younger runners should look up to him as role model on how to compete.  Run hard and have no excuses!”  Another outstanding performance went to Senior Dom Oaldon who ran another PR, which is amazing as most runners didn’t even come close this evening.   This makes it three in row for the boys and 7 of the last 10.

Coach Rick Ford is also quoted saying, “What a great day and as a coach I will savor this for a long time after the season is over and so should every runner on the team!” 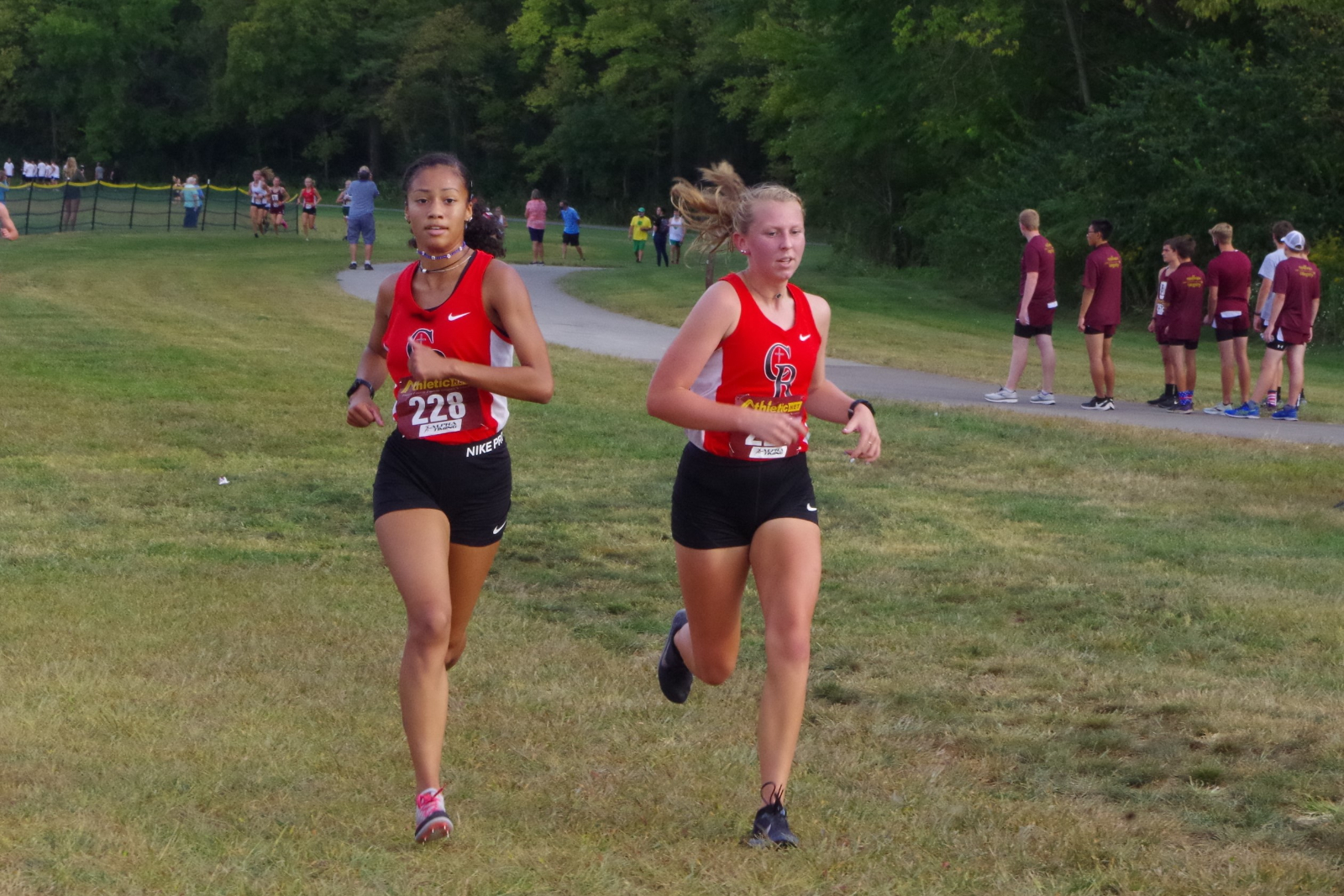