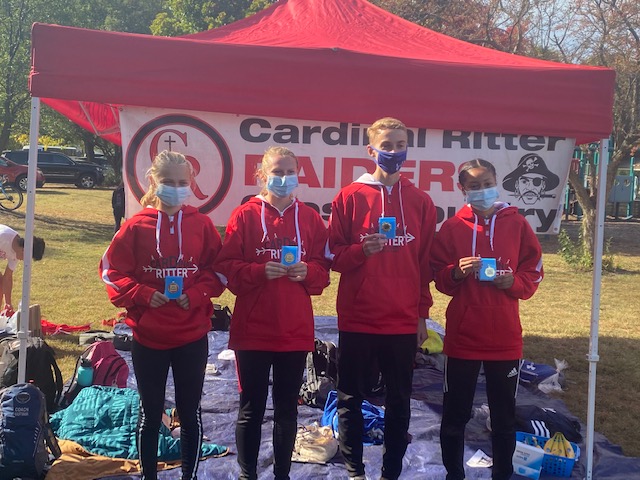 It was a beautiful sunny cold morning at Fall Creek Park for the City Championships and it was another great day for the Cardinal Ritter runners with Paul “Stride Stamm winning his 3rd City Championship in a row and Jenna “Get Up and Go” Gruber her first City Championship.  In all, the Raiders had 4 All-City runners, and the girls made the Podium, placing 3rd.

The boys placed 5th with a only few points from 3rd, which is very good considering 3 of the team’s top 7 were not running as they were trying to get them ready for Sectional which followed. Paul, like he has so often, ran away from the field. He made it a little interesting as he was waiting until after 1K to make his move.

Coach Ford said of Stamm, “I cannot be 100 % sure, but this has to be or first 3-time champion in school history.”

Carson Vrabel hung in there as he was promoted to varsity the evening before ran well as he was our 5th runner. 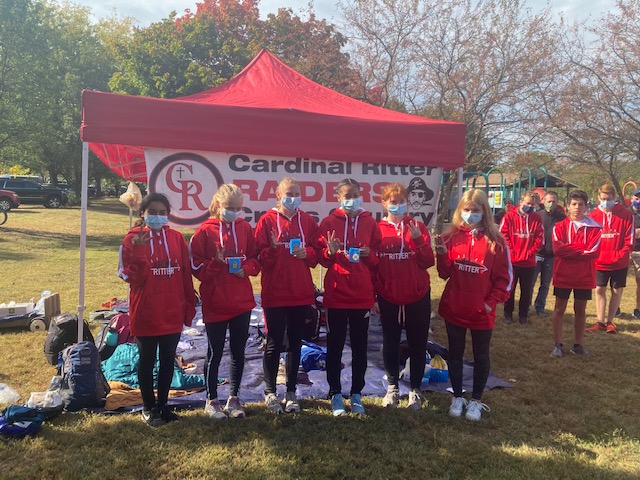 The girls placed an incredible 3rd and now have gone 5 years in a row on the podium at City which is an amazing feat. The surprise of the meet was that Gruber and Hannah “Kick” Wells took off fast and the Chatard girl did not follow.  When she finally did, it was too late as Jenna dominated the last 2K to take the win!

Wells, who has never placed in the top 10 at City, ran a great race and placed 3rd.  Sarah Jacob took 10th, making All-City which is the top 10 finishers. Sophie “Queen” Konger ran a consistent race and was so proud of her that she passed that young lady at the end.

Coach Ford added about Knoger, “It took a lot of guts to do that.”