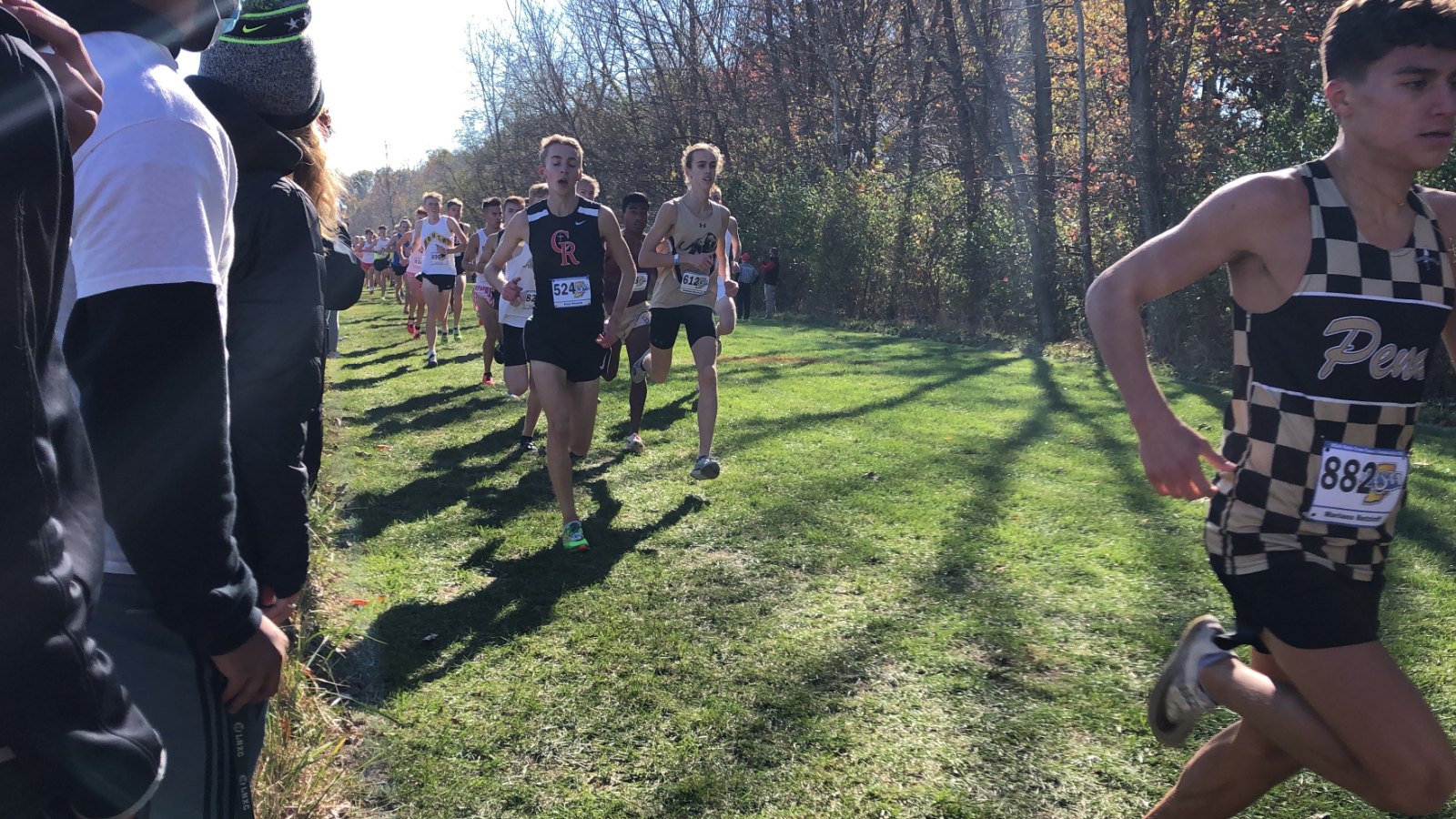 The Cardinal Ritter Booster Club met on Wednesday night to decide who had the best showing in Raiders Sports for the month of October.  Paul “Stride” Stamm and Kelsey “Wild Card” Waggoner were their picks for the sensational months they had.

In the month of October, the volleyball team only had 5 matches, but they were huge; 2 city tournament games and 3 post-season games.  Stats wise, Kelsey was the kill leader in 4 of the 5 games for the Lady Raiders, the lone game being a game she rested in a lopsided Raiders victory.  In those 4 of those 5 games she was also either 1st or 2nd on the team in aces.  Waggoner was truly the “Wild Card”  in both of the team’s sectional wins which ultimately led to the Sectional Title.  Statistically she helped, in several categories but she also did a great job as a captain pushing her teammates and stepping up when needed.  She was also a critical part of Cardinal Ritter’s comeback in set 2 and 3 against Speedway.
Kelsey also was the lone member of the Raiders to make the All-City Team and was named All-Indiana Crossroads Conference as well as Academic All-Conference.
Cumulative season stats – 242 Kills (1st on team), 48 Aces (1st on team), 269 (2nd on team), 92.5% serve receive reception rate (which is great for a hitter who has to pass 5 out of our 6 rotations. 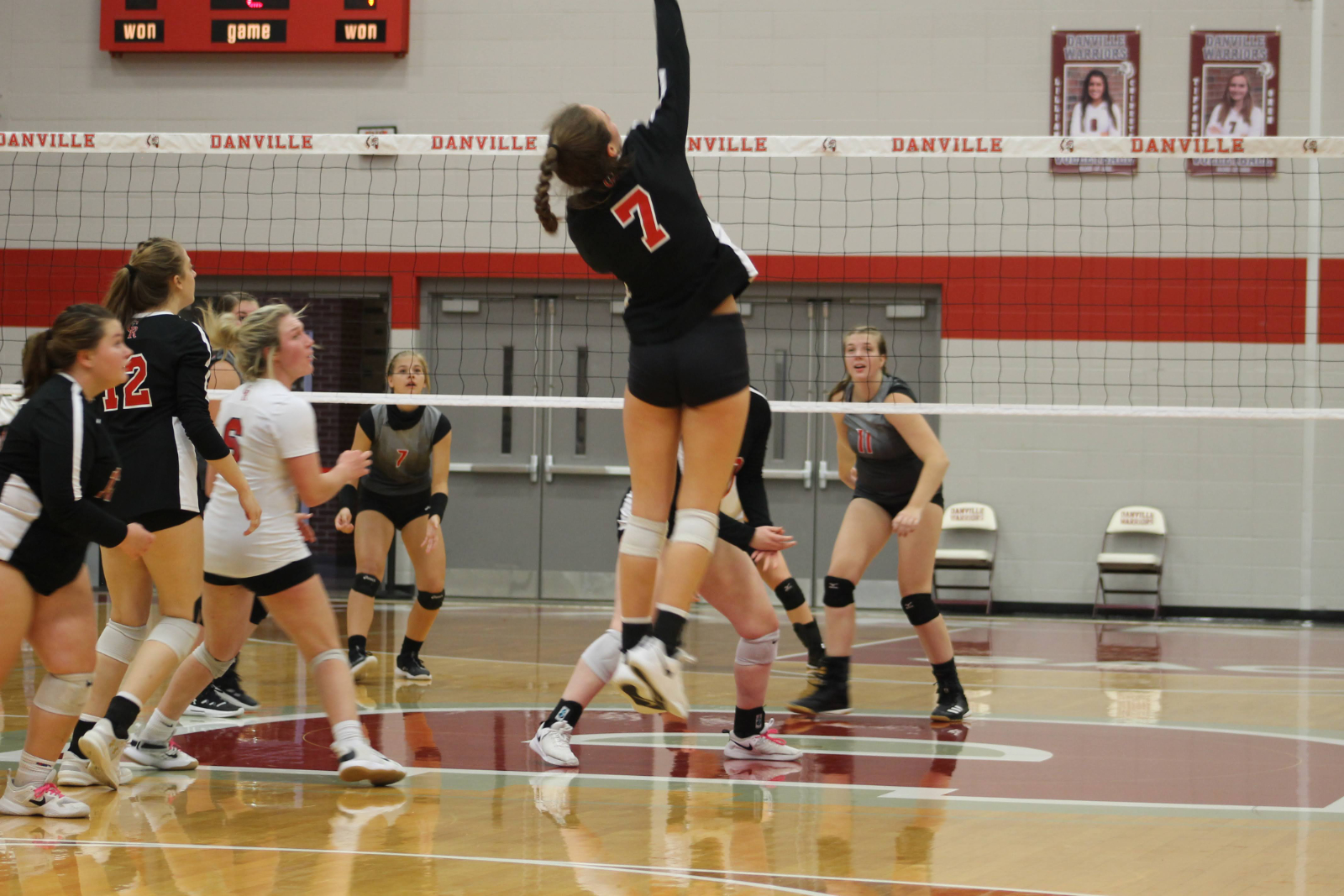 Paul has been nothing short of exceptional all year long.  He is the first two time Cross Country All-State athlete at Cardinal Ritter, placing 11th at the state meet.  He also received the IHSAA State Mental Attitude award for Cross Country.  What is remarkable about all of the the feats Stamm has accomplished is Cross Country is a single class sport, so win he wins, he beat EVERYONE.  He was also City Champ, third time, Sectional Champ, second time, Regional Champ, second time, and 3rd at Semi-State which is the highest place for a male at Cardinal Ritter.
Great job Raiders! 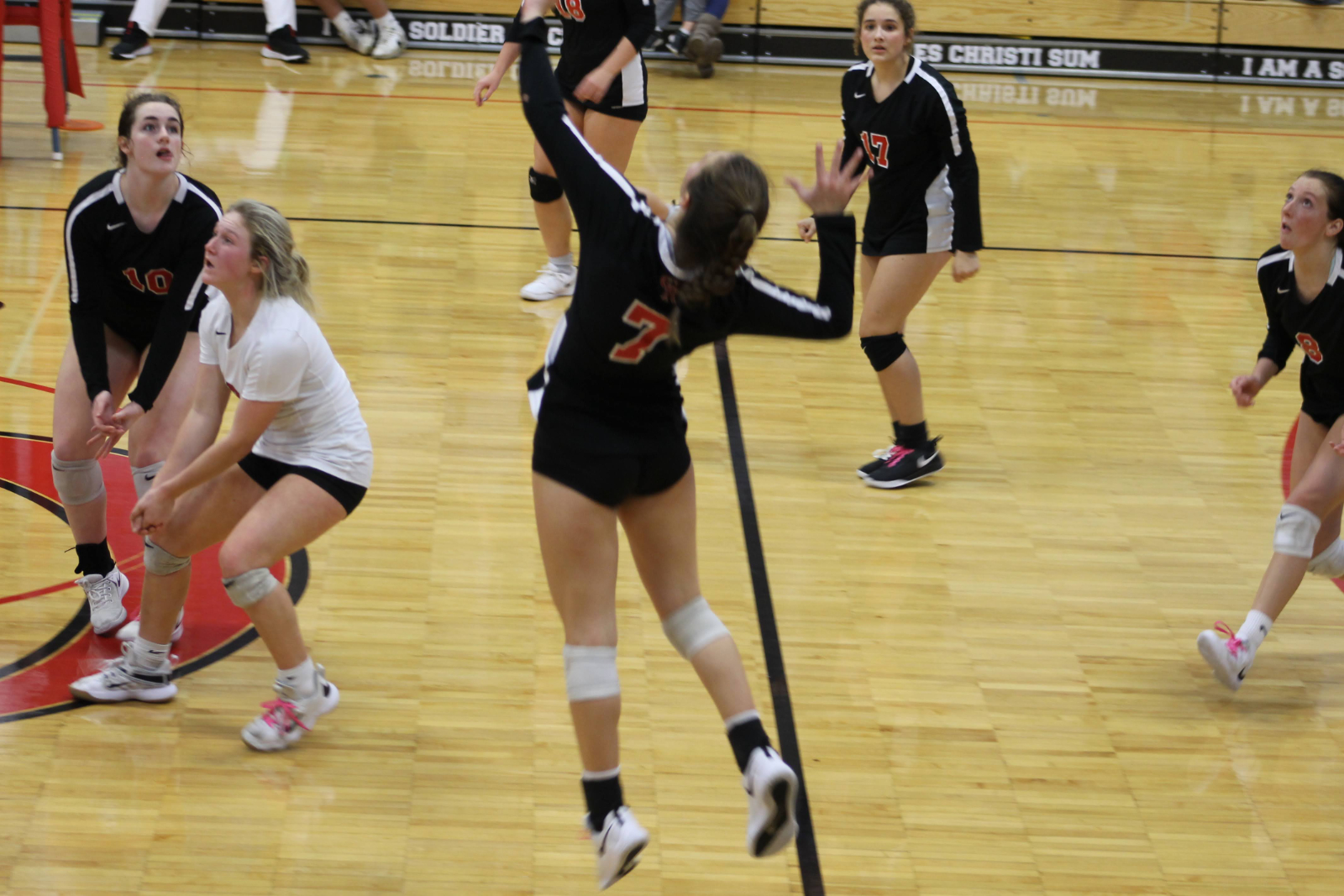 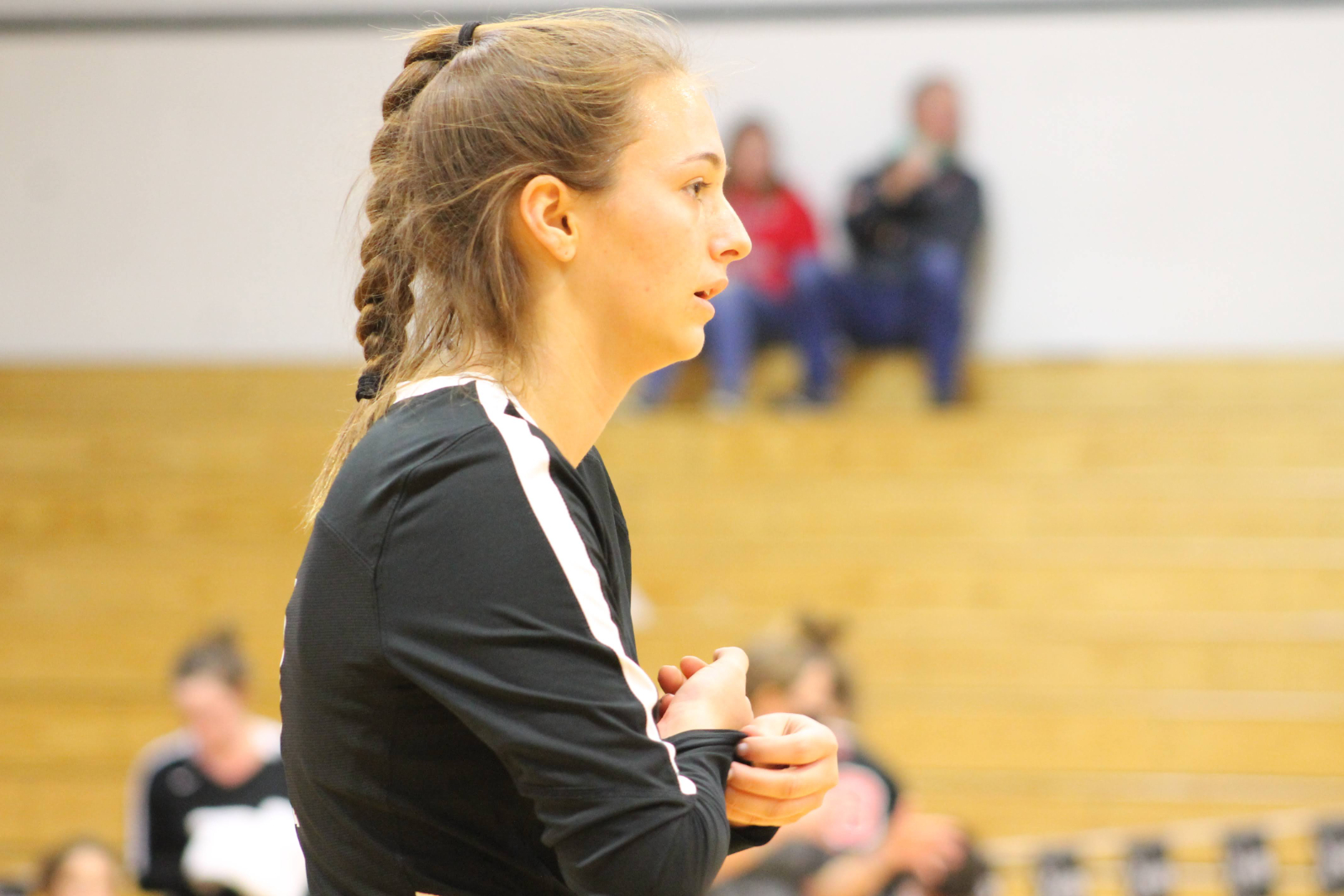 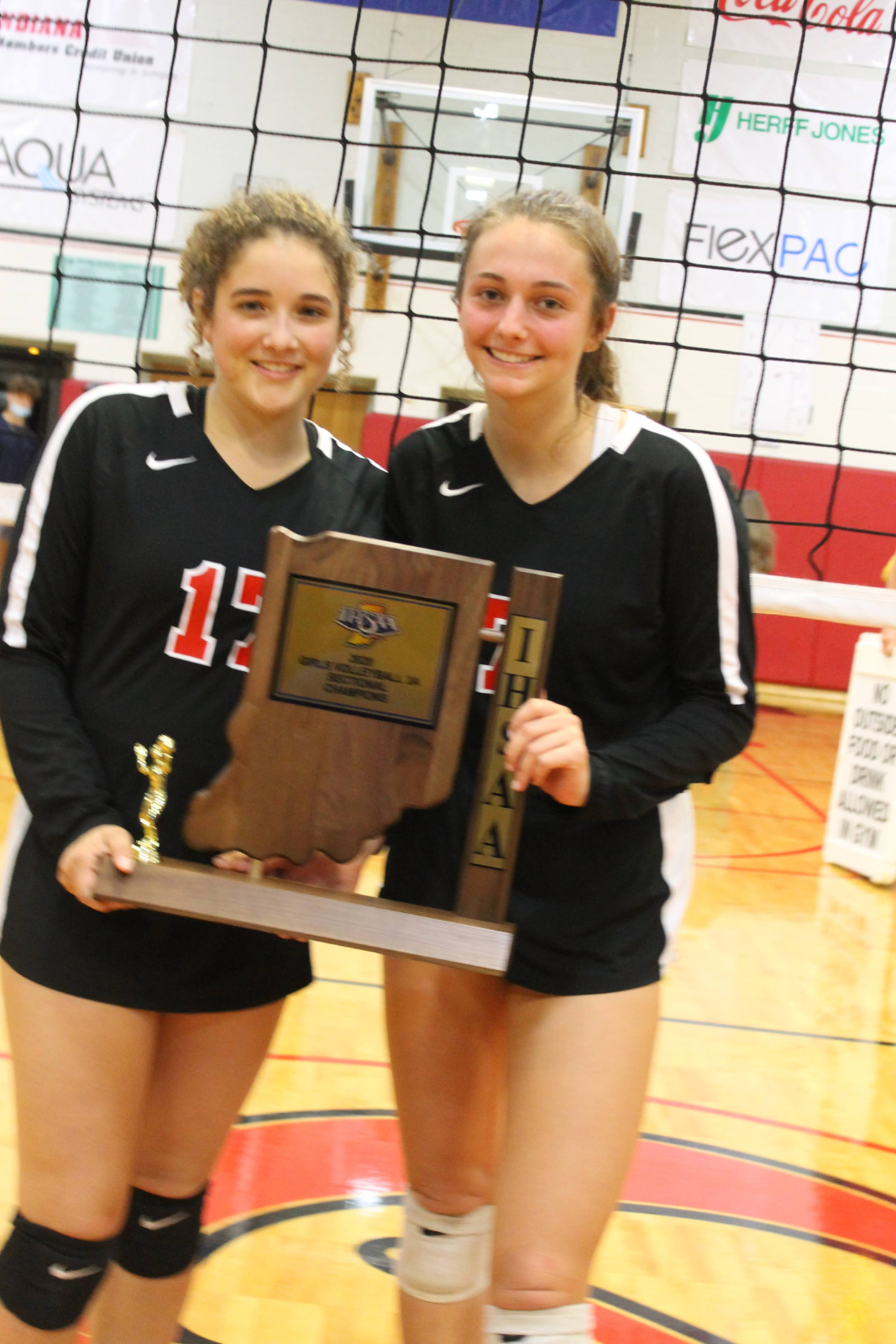 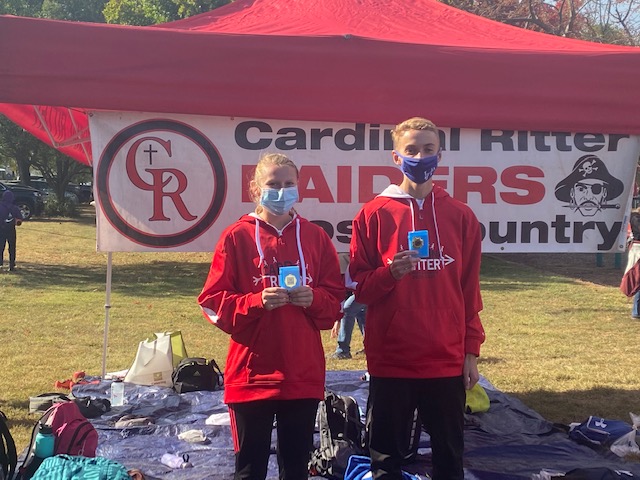 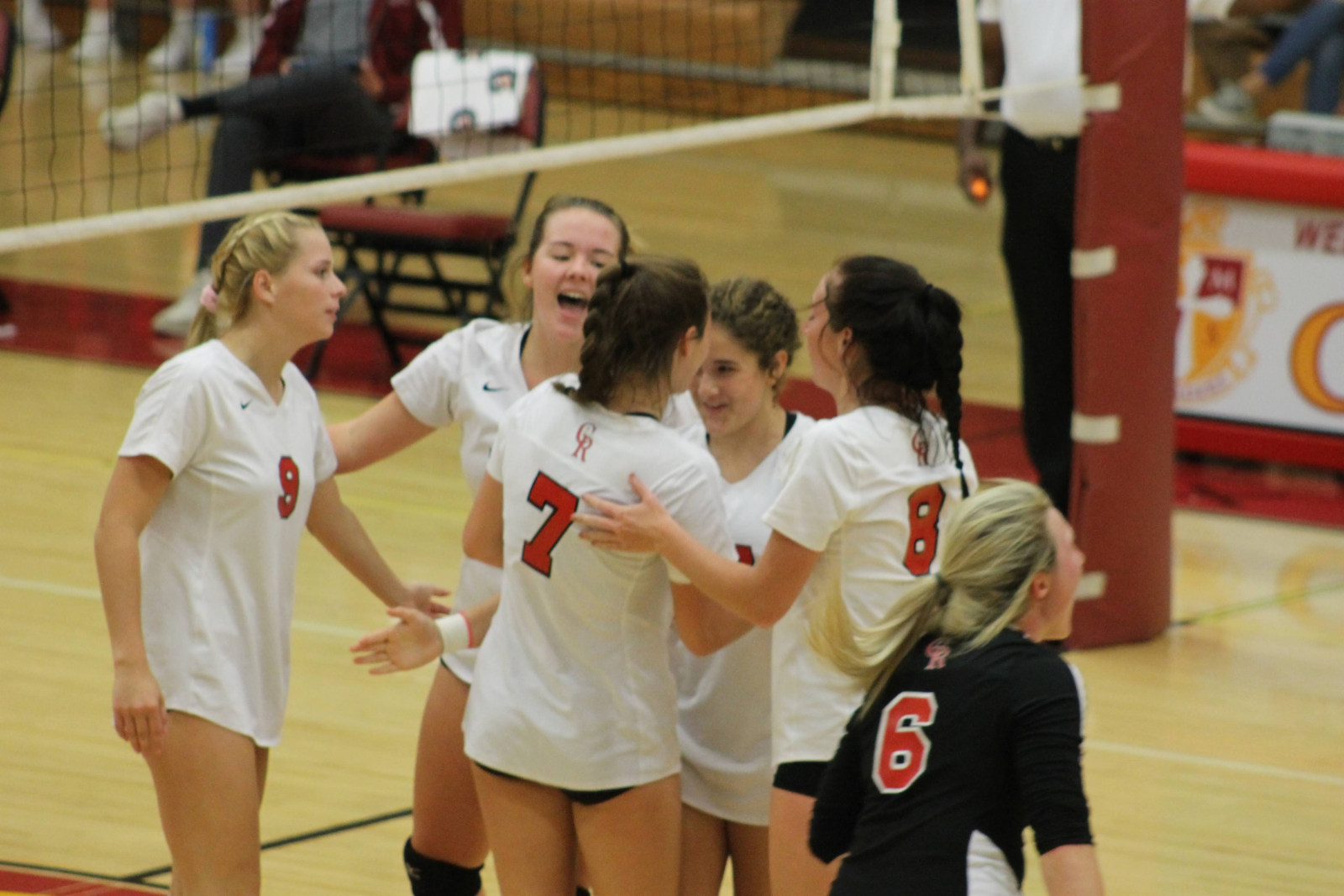 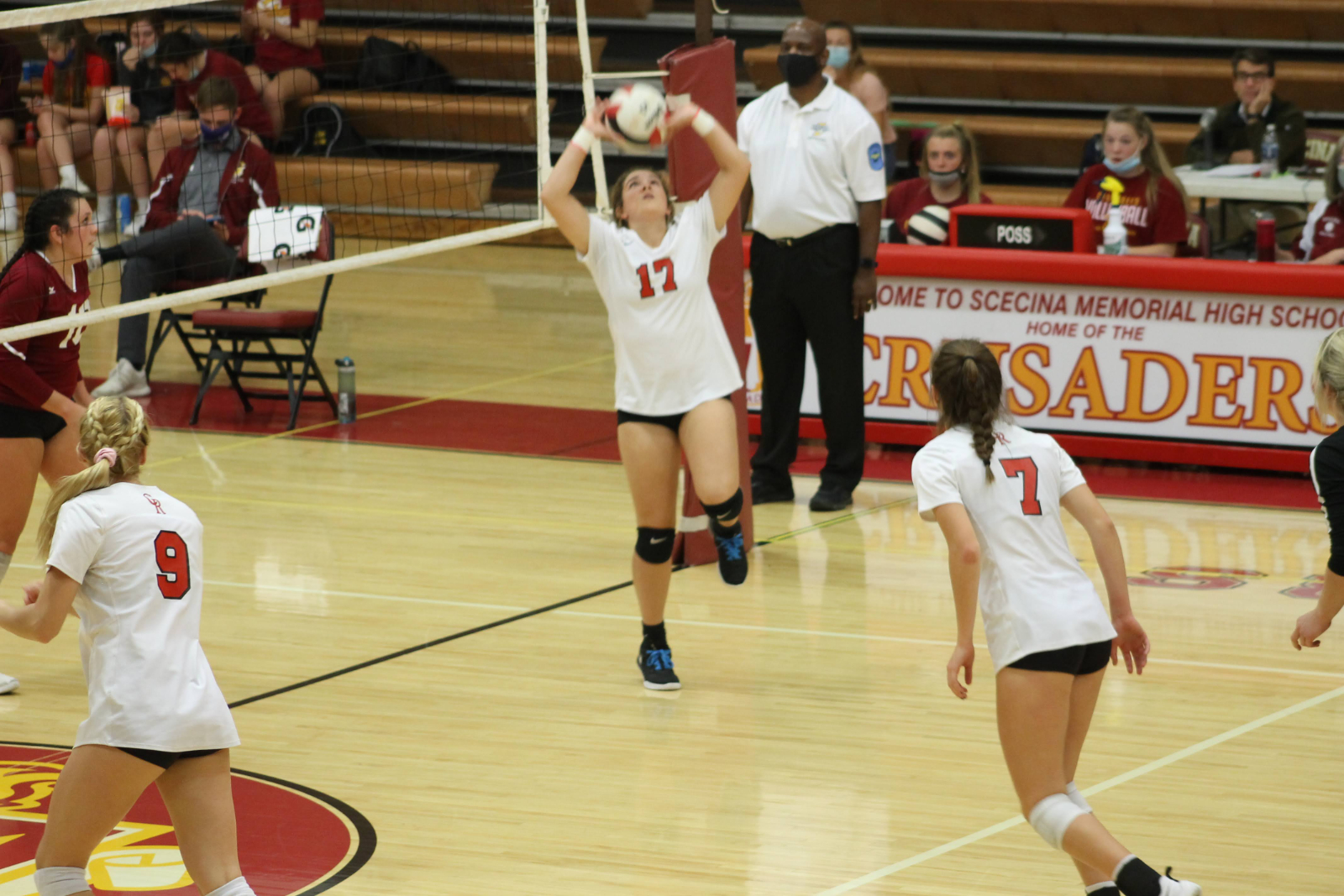 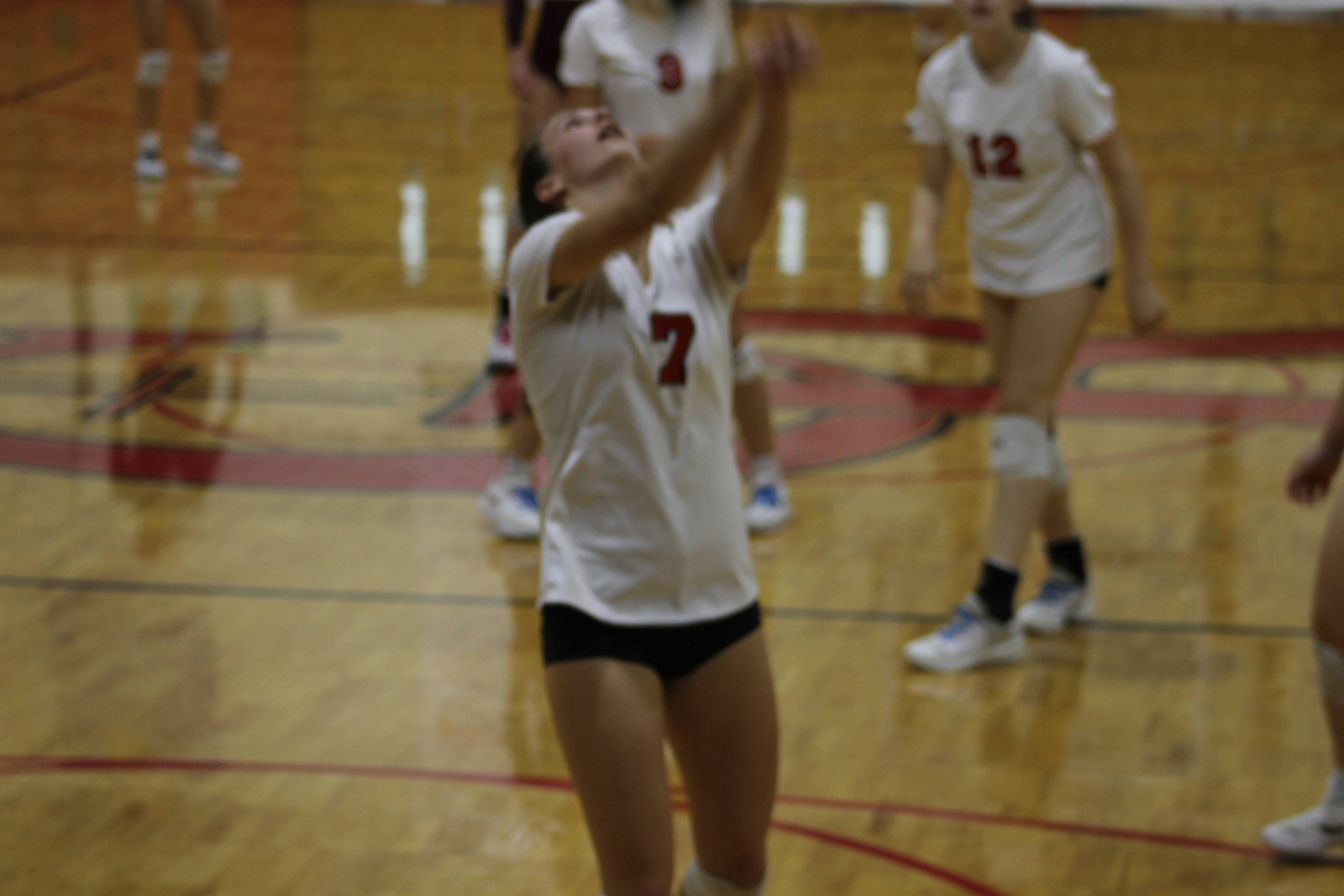 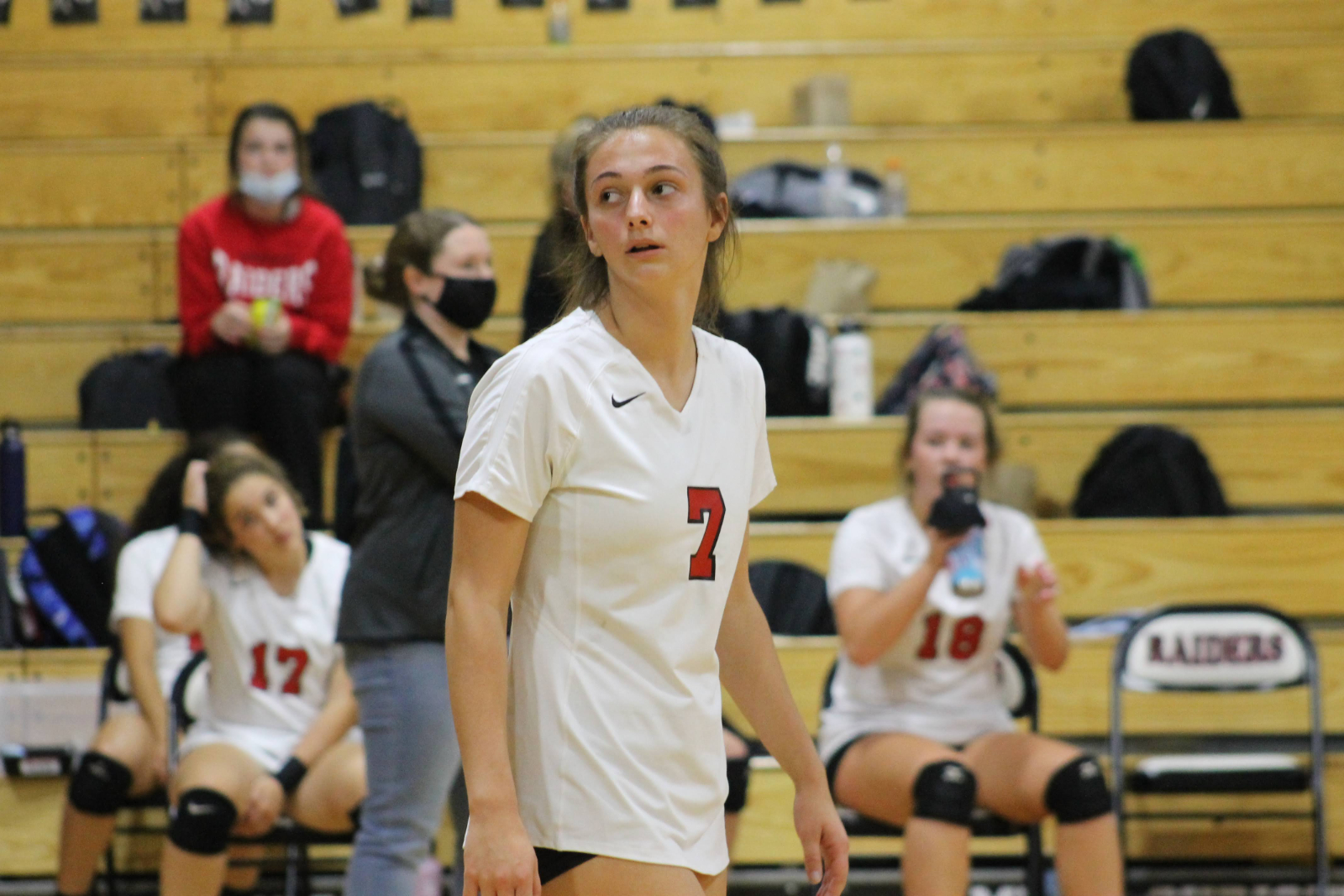 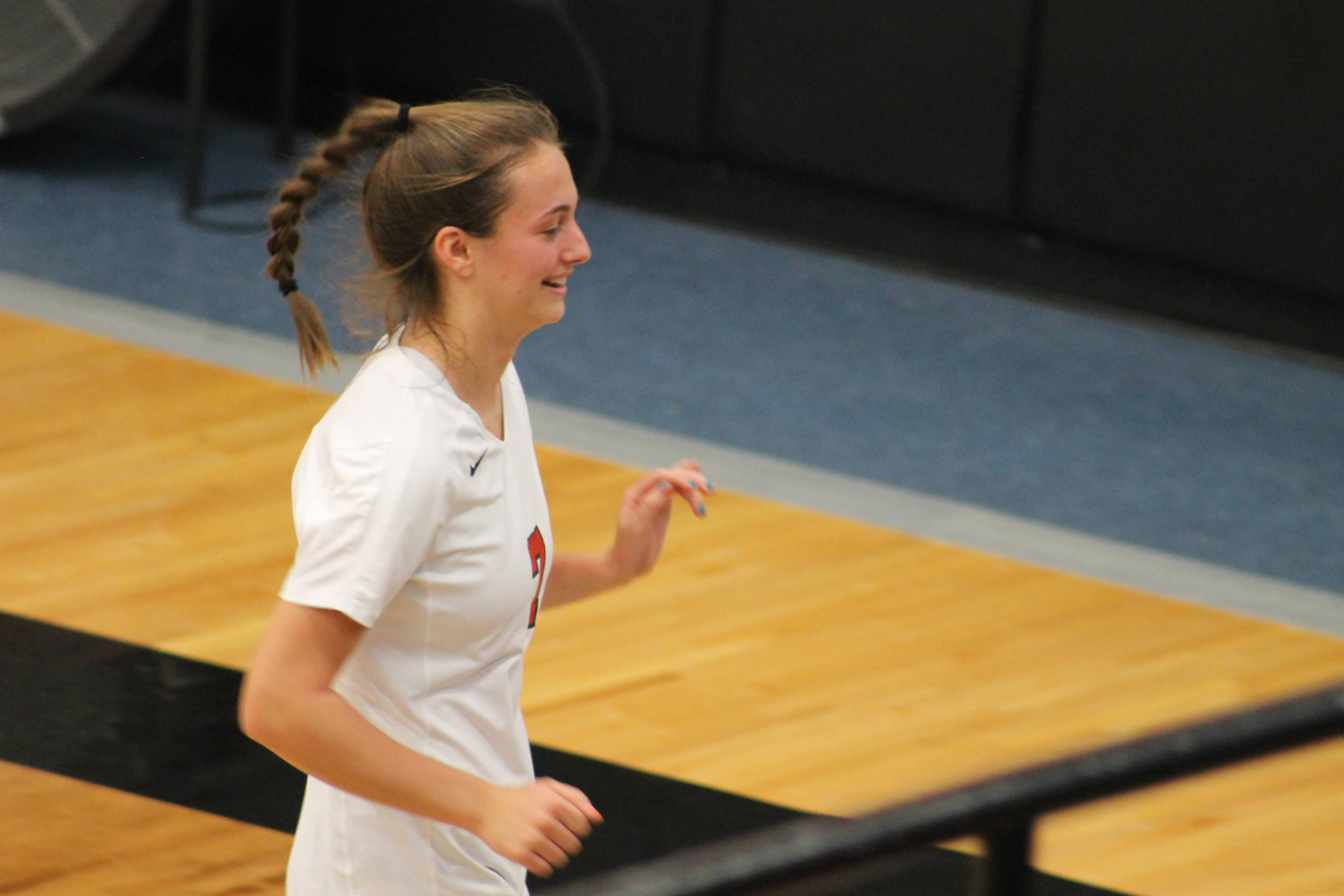 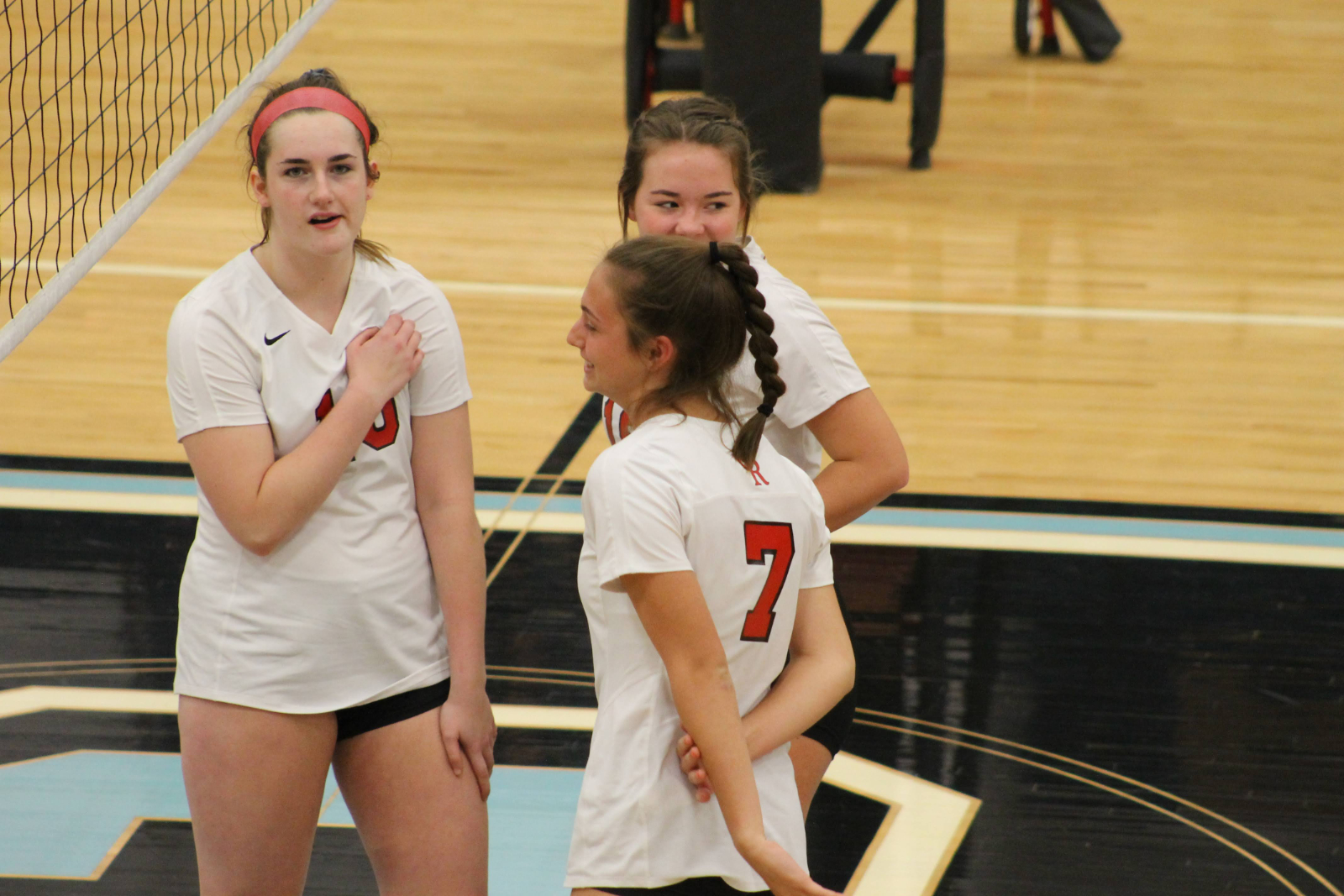