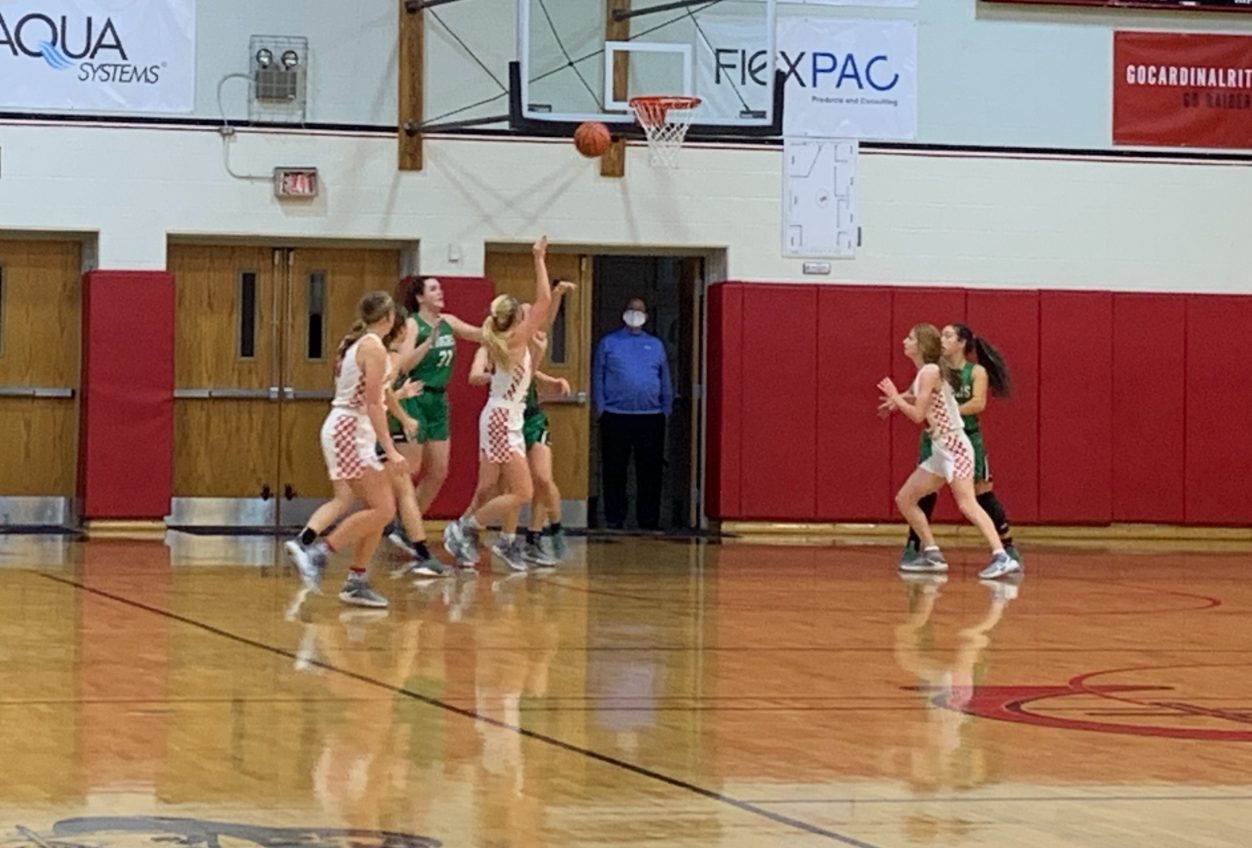 On Tuesday, the Lady Raiders Basketball Team took on Indiana Crossroads Conference opponent the Triton Central Tigers in a varsity only home game. The game started off relatively low scoring as both teams struggled to get shots to fall as the defense on both ends of the court was fairly solid. The score was a mere 11-4 in favor of the Tigers after the first quarter. In the second quarter, the fans saw “Raking” Riley Heim score on the first possession and many other streaks went well for the Lady Raiders, but Triton proved to be a tough opponent as Cardinal Ritter was down 21-12 at halftime.

Triton Central took control during the third quarter using their height and swift ball movement to their advantage, making the score 41-20 going into the final quarter. The Lady Raiders managed to outscore the tigers in the fourth quarter, but sadly, still fell short with the final score being 52-36 and Triton coming away with the victory.

While not a win for the raiders, this game saw many good moments for the team: Megan McCall “Me Maybe” excelled defensively with multiple deflections and Kelsey “Wild Card” Waggoner continued to dominate on the boards with 6 boards. Emma “Light Out” Litzelman led the team in scoring with 10 and also added 6 rebounds, 3 assists and 2 steals.

The Lady Raiders followed that game up on Saturday as they travelled to Guerin Catholic.  More to come… 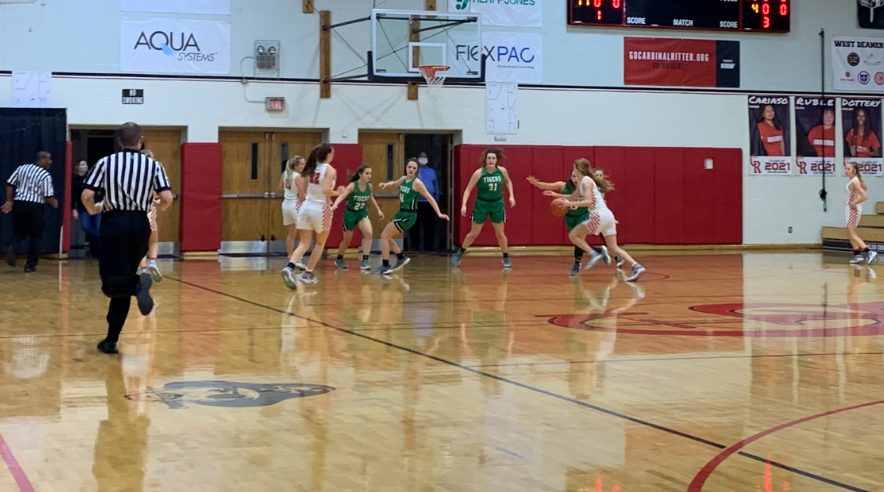 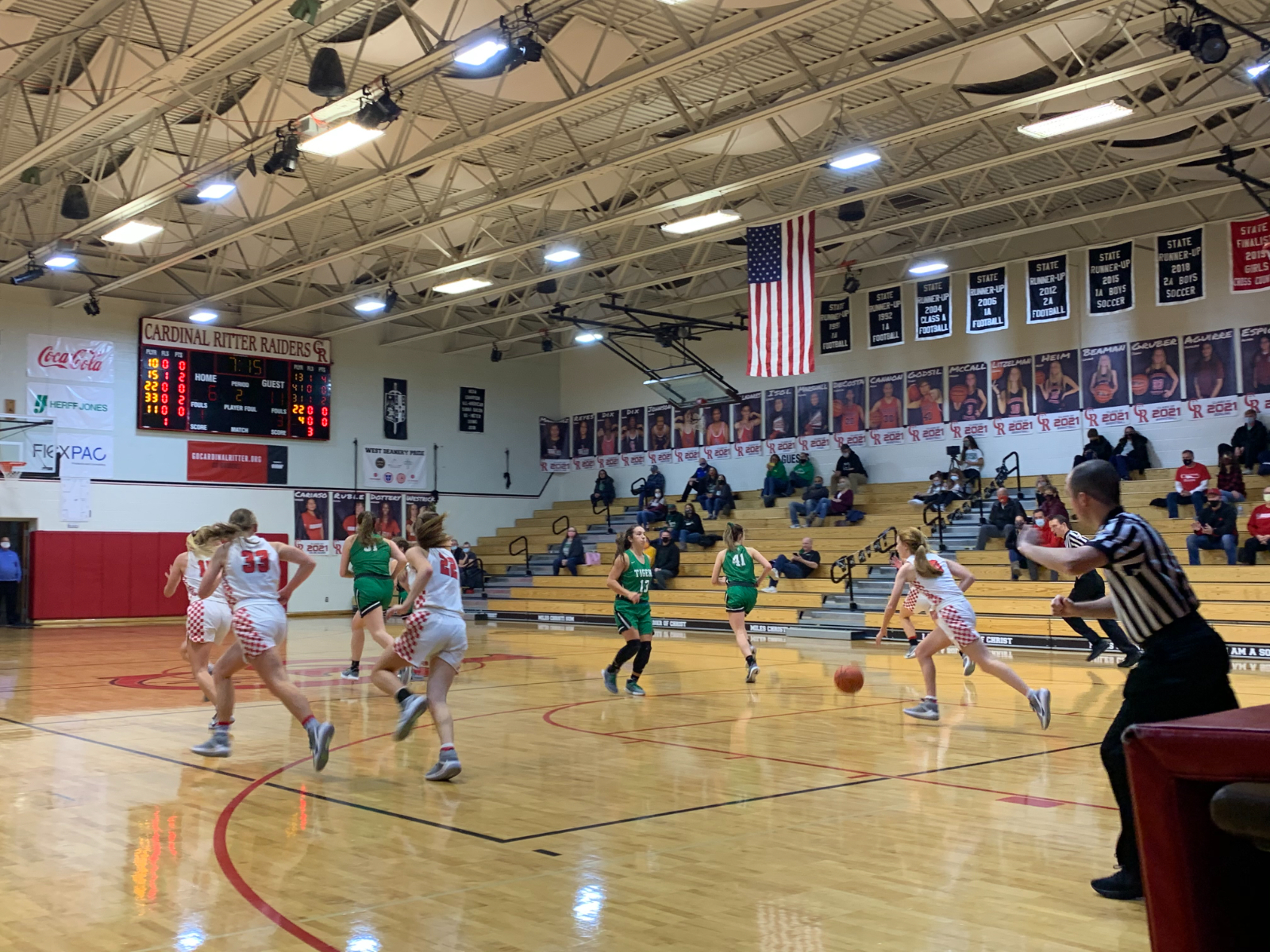