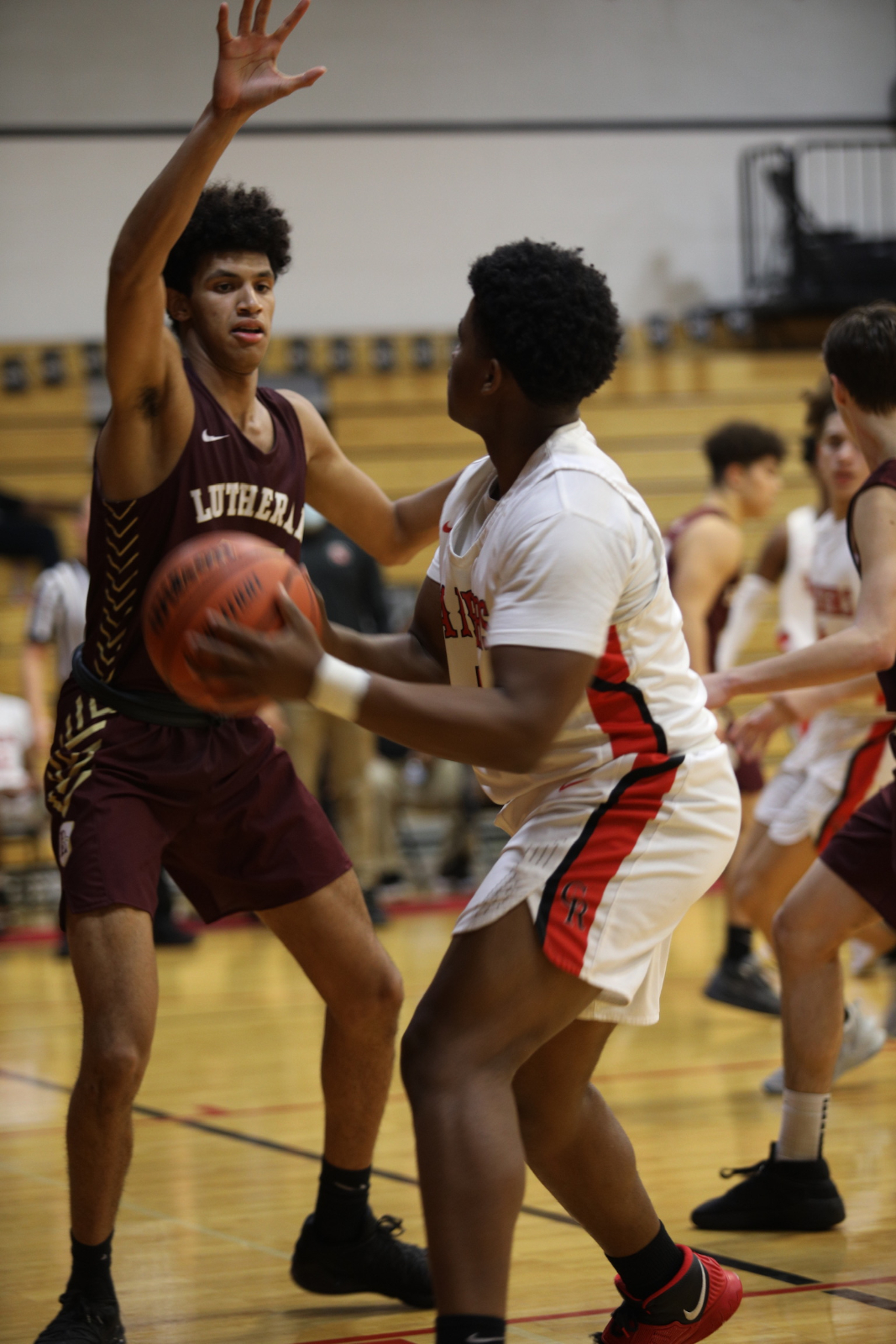 After losing to the high powered 4A powerhouse Crispus Attucks, the Raiders turned around and hosted Lutheran on December 19th to face their first ICC opponent of the season.  It was an overall team effort where the ball was spread around and 4 players reached double digit points.  The final score saw Cardinal Ritter victorious, 71-60 and put them at 1-0 in conference play.

Leading the way in scoring was Aidan Cannon who scored 20 in the win.  Right behind him, was Mikail Miller who is having a sensational sophomore break out season with 16 on 86% shooting from the field.  Jordan Turner also shot at a high clip at 67% scoring 15 points.  “Lion” Zion Williams added 10 while Austin “The Enforcer” Sultzer had 6 and Christian Dacosta added 4.  Dacosta also led the team in rebounds with 6.

After that win, the Raiders traveled to 4A Decatur Central the following Tuesday in a varsity girls/boys doubleheader.  The Raiders played hard and had an outstanding performance by Cannon who dropped 25 points on 4 of 7 shooting from the 3 point line while cleaning the glass with 10 boards, but ultimately could not pull out the win, losing to the Hawks 62-56.

Cannon wasn’t the only bright spot, even with him scoring almost half of the team’s points.  Miller also had a good game with 10 as did Turner with 6.  Williams came in with 5 points, and Sultzer and Rodney Wells each chipped in 4 a piece while Dacosta kept would be Hawk scorers away from the rim on defense.  Senior Timmy “The Galloping Ghost” Godsil also added to the mix.

After the loss, the Raiders looked to bounce back against the Sparkplugs, but to keep the players safe, the game was postponed.

The team will be back in action Friday January, 8th as they take on their second ICC foe, Monrovia.  The JV game will begin at 6:00 with varsity to follow.

You can watch a live stream of the game here: https://www.nfhsnetwork.com/events/cardinal-ritter-high-school-indianapolis-in/gam4e2a0b0dce 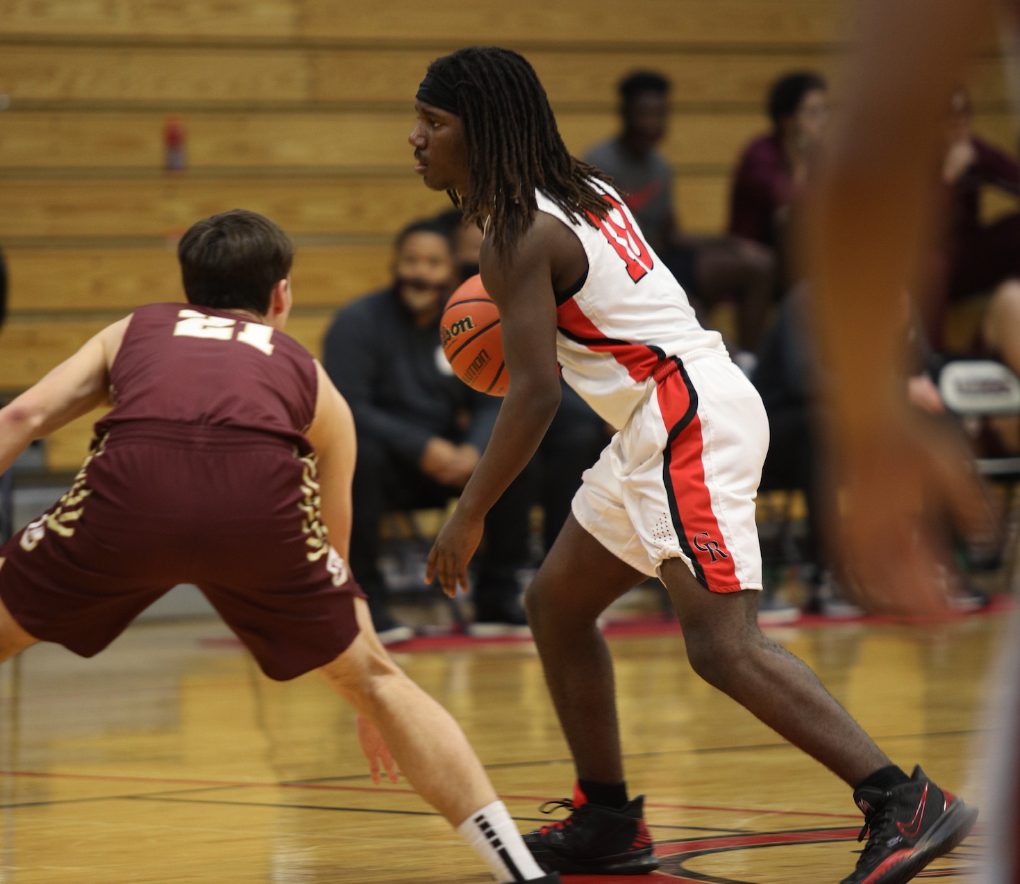 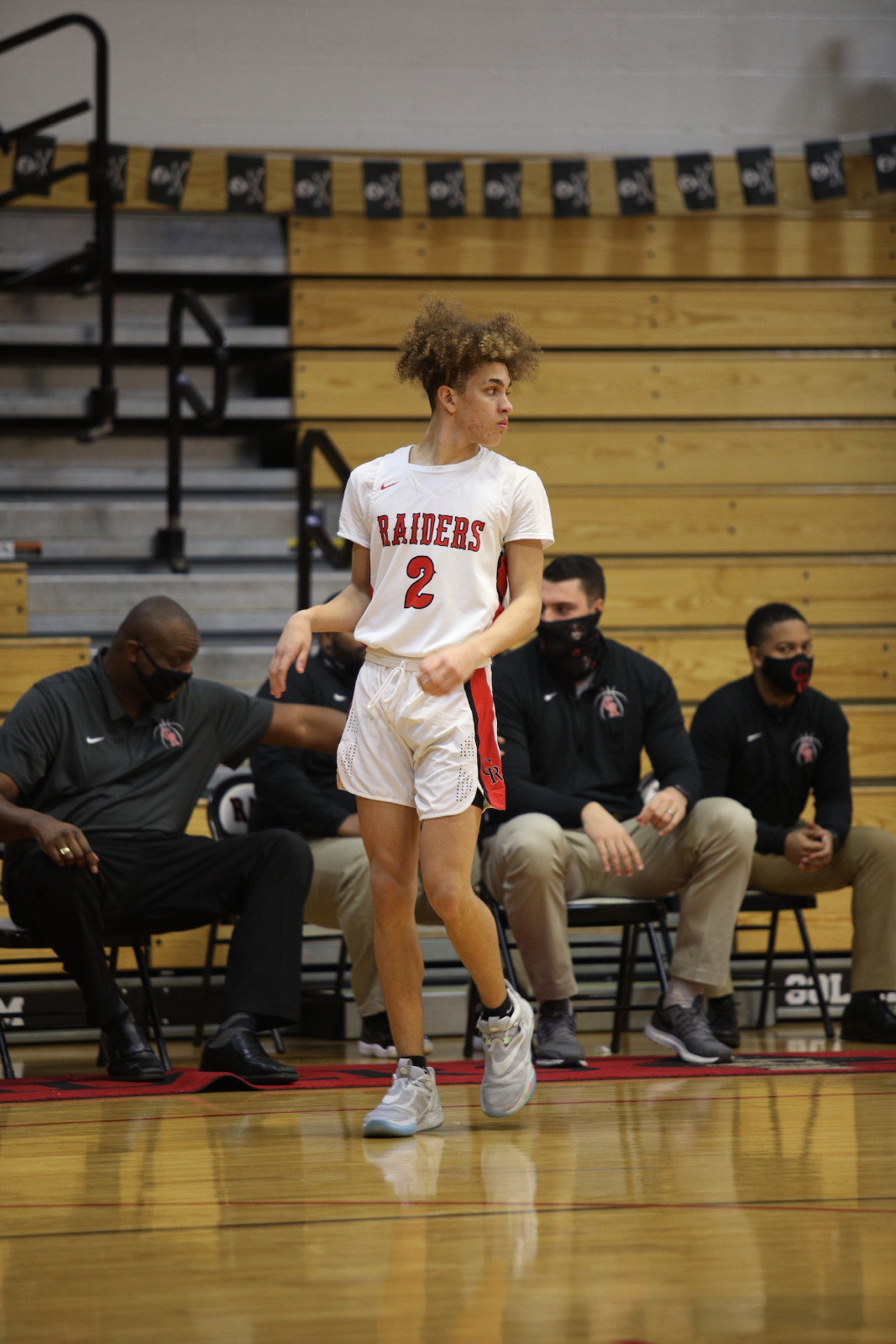 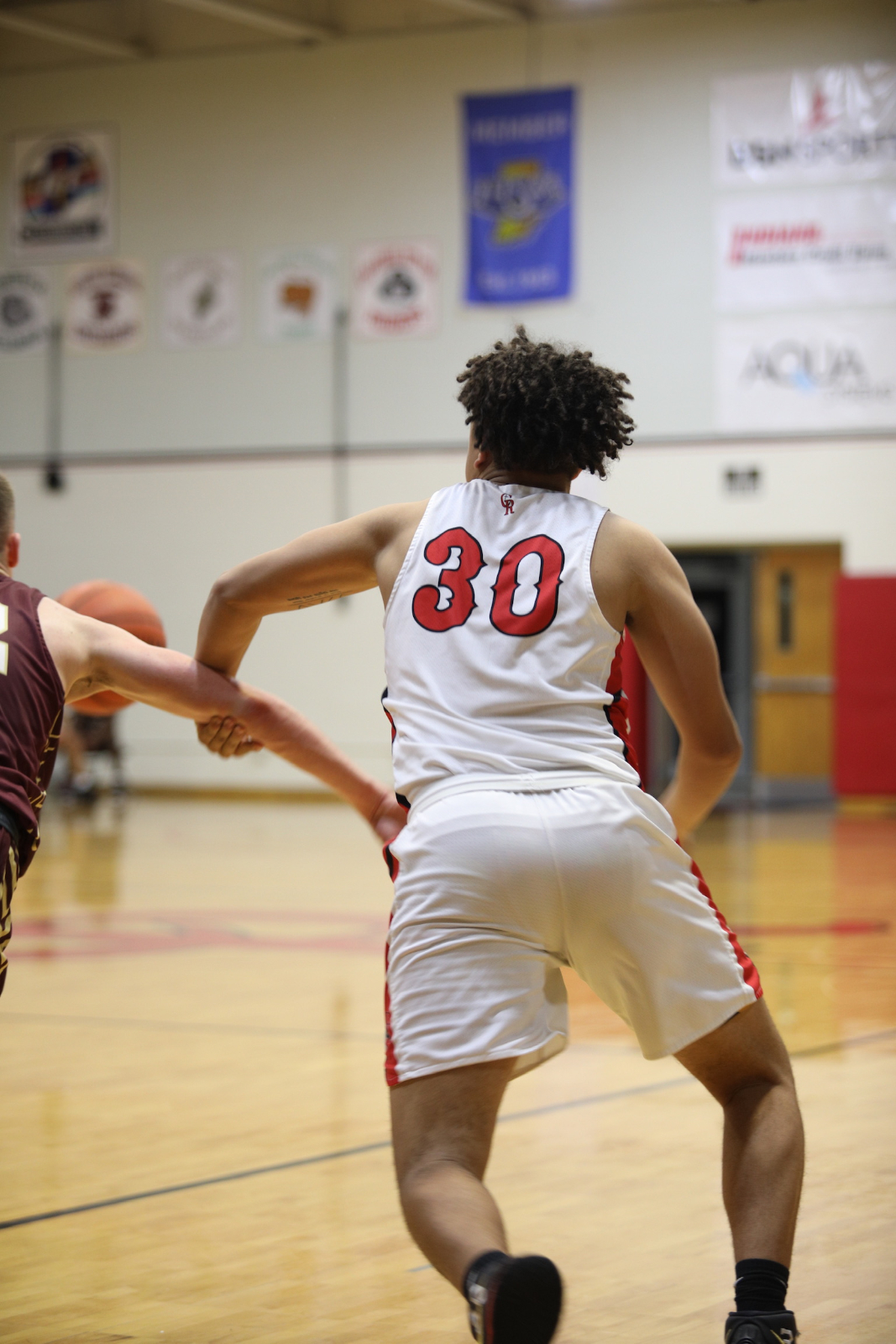