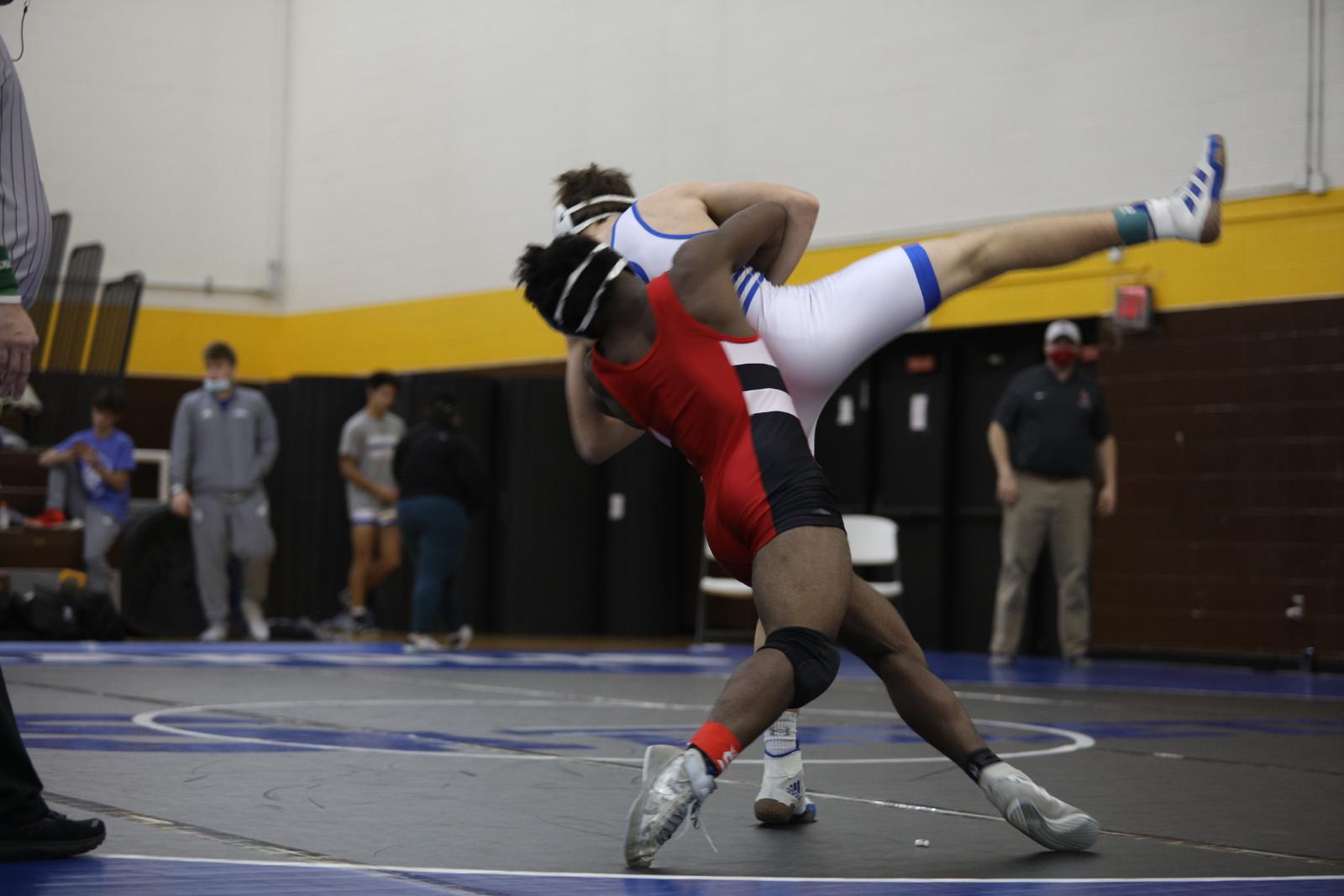 After having to cancel their first meet over break, the Cardinal Ritter Wrestling Team followed that up with competing in the City Tournament on Saturday, December 19th.  All teams in the state are dealing with the current pandemic, but wrestling has taking a major hit throughout the state as teams are cancelling regularly to keep the competitors safe.  The Raiders are no different as they traveled to the Howe with an undermanned squad.  They still however put on a valiant effort with Jordan Johnson finishing 2nd overall in the 145 division.

Onye Nwosisi took 3rd in the 195 division as one of the other CRHS bright spots.  Also competing on the day were Jon Avila-Castro, Jaylen Walcott (at 132), Jay Roberts (138), and Meiron Teklebahrian (195).

After that, the Raiders travelled to Guerin Catholic the following Wednesday.

When there Andre Dix, Antwann “20” Dix, Jordan Johnson and Nwosisi all won.