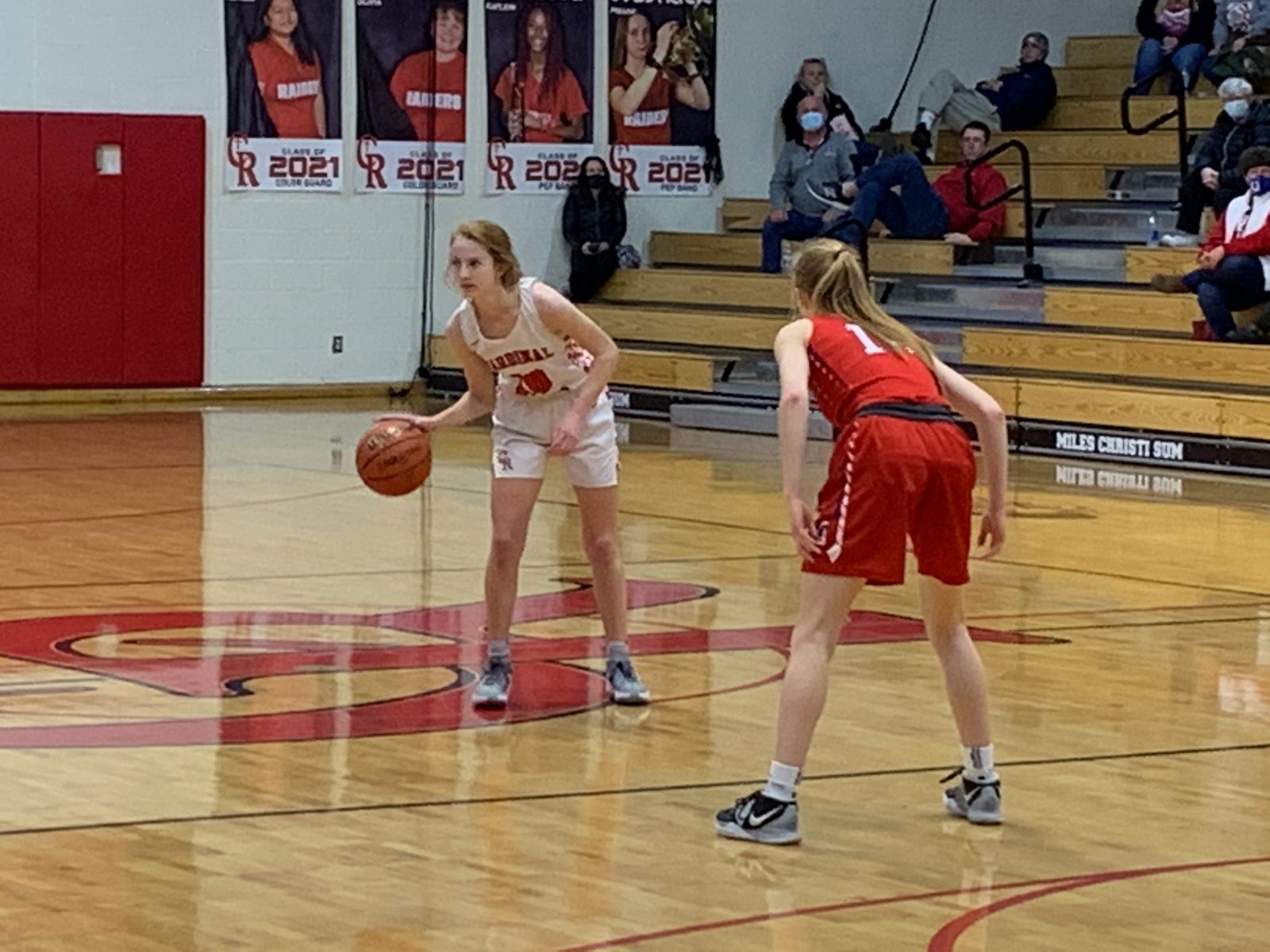 In the Cardinal Ritter Girls Basketball Team’s final home game on Tuesday, the Lady Raiders took on the Southwestern Lady Trojans for a regular season match up.  The game was close from the start as the teams were pretty evenly matched. CRHS saw some big minutes by freshman Evelyn Buck in the first half as some of her teammates experienced some foul trouble. The score was tied at halftime at 31-31, one of the higher scoring games of the season for the girls.

The Raiders began pulling away the second half and by the end of the third quarter, the raiders were up 57-40. However, the most exciting moment of the game occurred with only one minute to go in the 4th quarter, when Emma “Lights Out” Litzelman drove to the basket to score the 1,000th point of her career at Cardinal Ritter.  Coach Downard called time out and the crowd applauded and cheered for this very impressive accomplishment.  Only a few in the schools history have ever managed to score 1,000 points in four years and she is now one of them.  Litzelman finished the game with 23 points and led the team to their 64-53 victory over Southwestern. 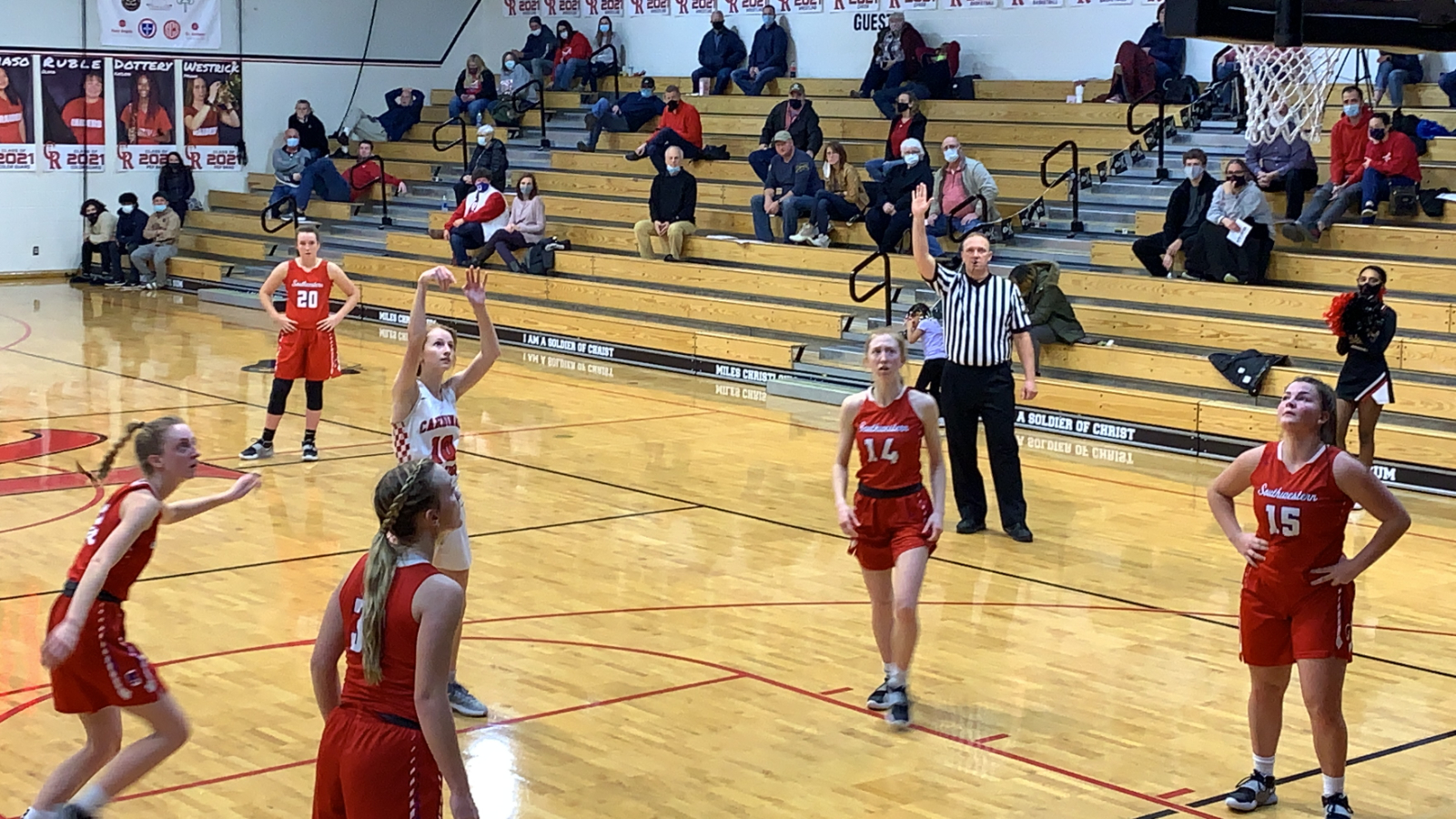 The whole team shot the ball well with the team shooting 51% from the floor.  Kelsey “Wild Card” Waggoner, who had a hot hand early, ended with 15 points.  Jenna “Get Up and Go” Gruber finished 11 points, Lauren “Steamin'” Beaman, Olivia “Wu-Tang” Webb finished 6 and “Raking” Riley Heim finished with a bucket.

The Raiders traveled to New Palestine Thursday for their last regular season match up before participating in sectionals next week. 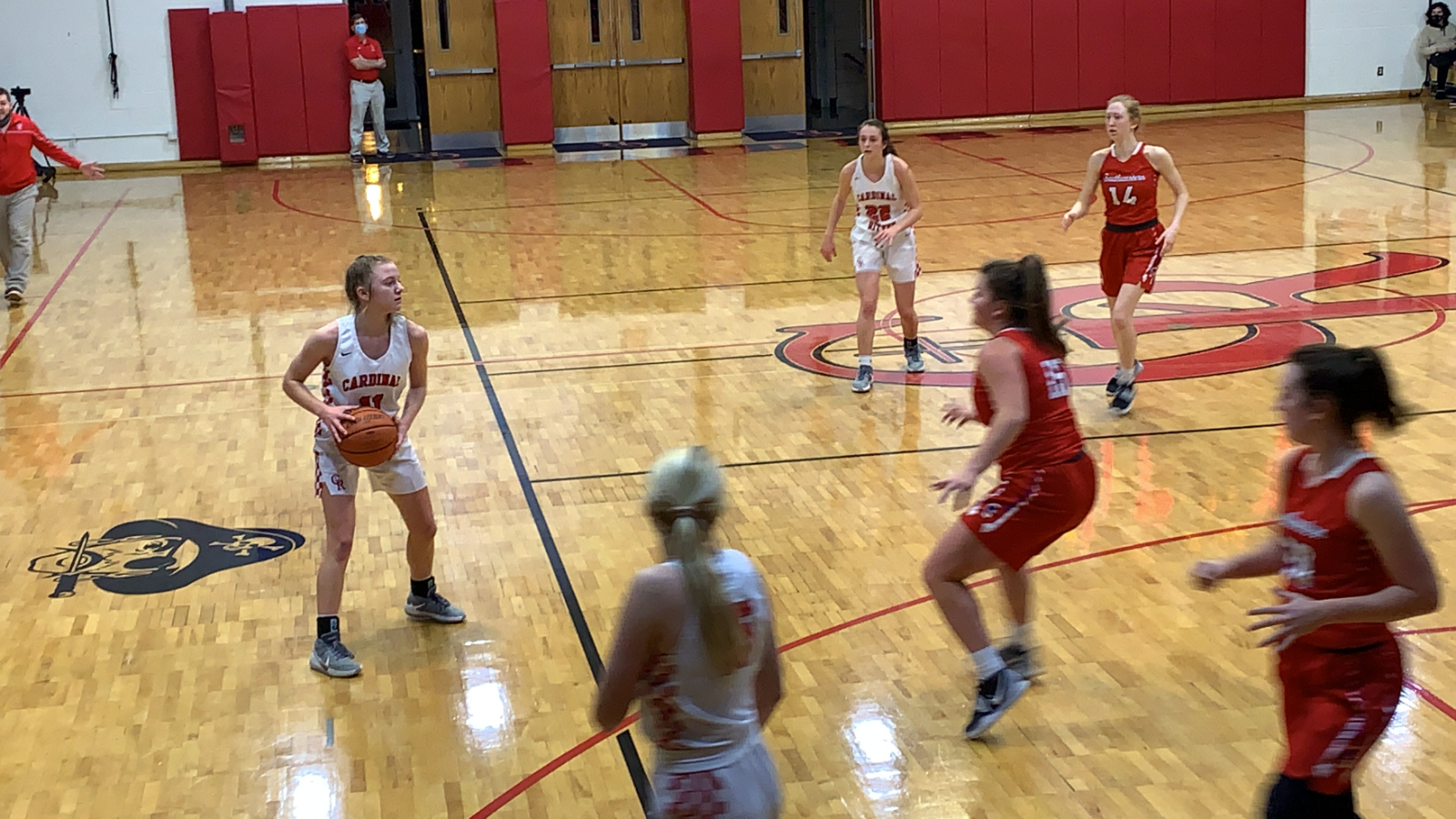 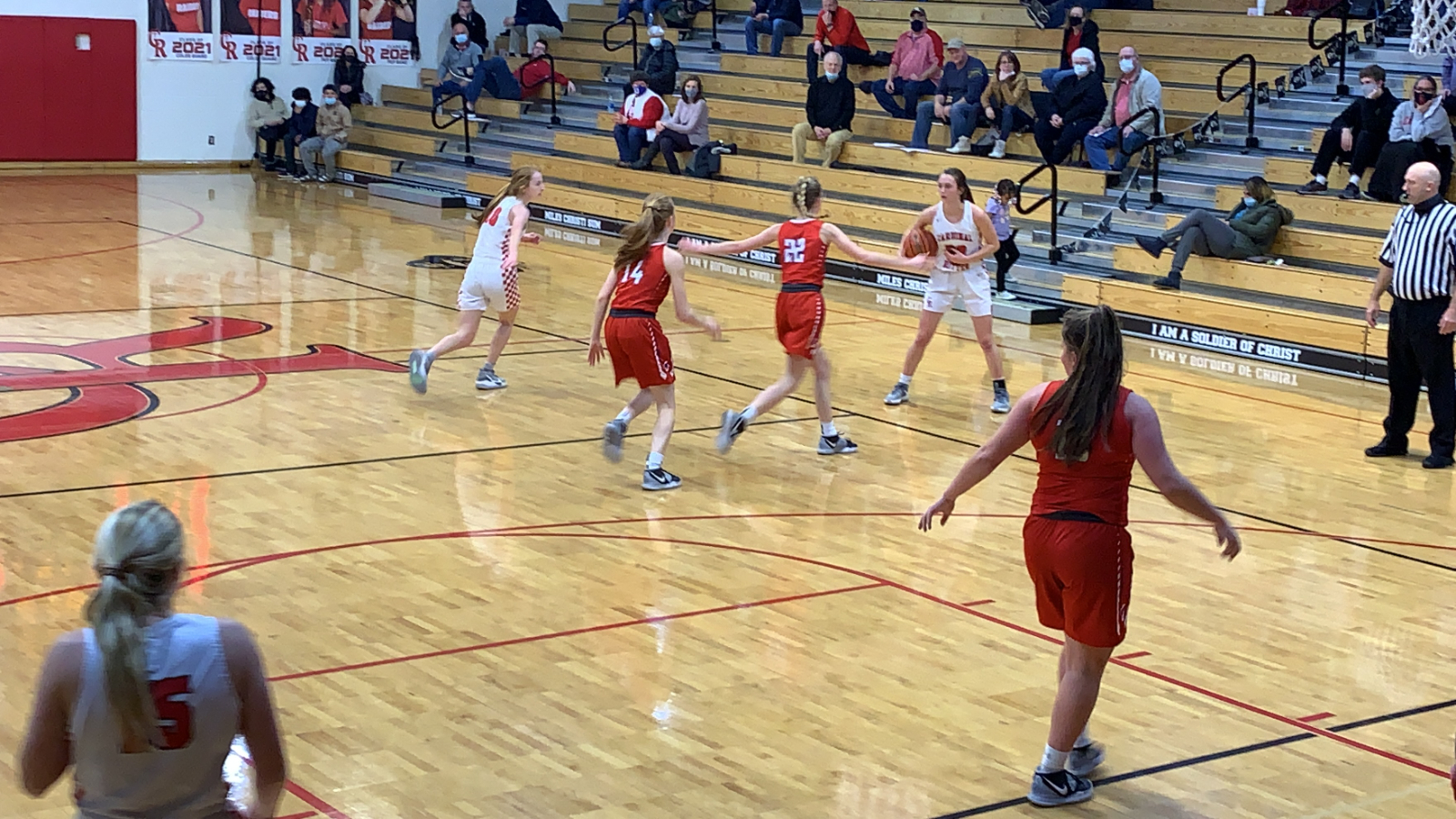 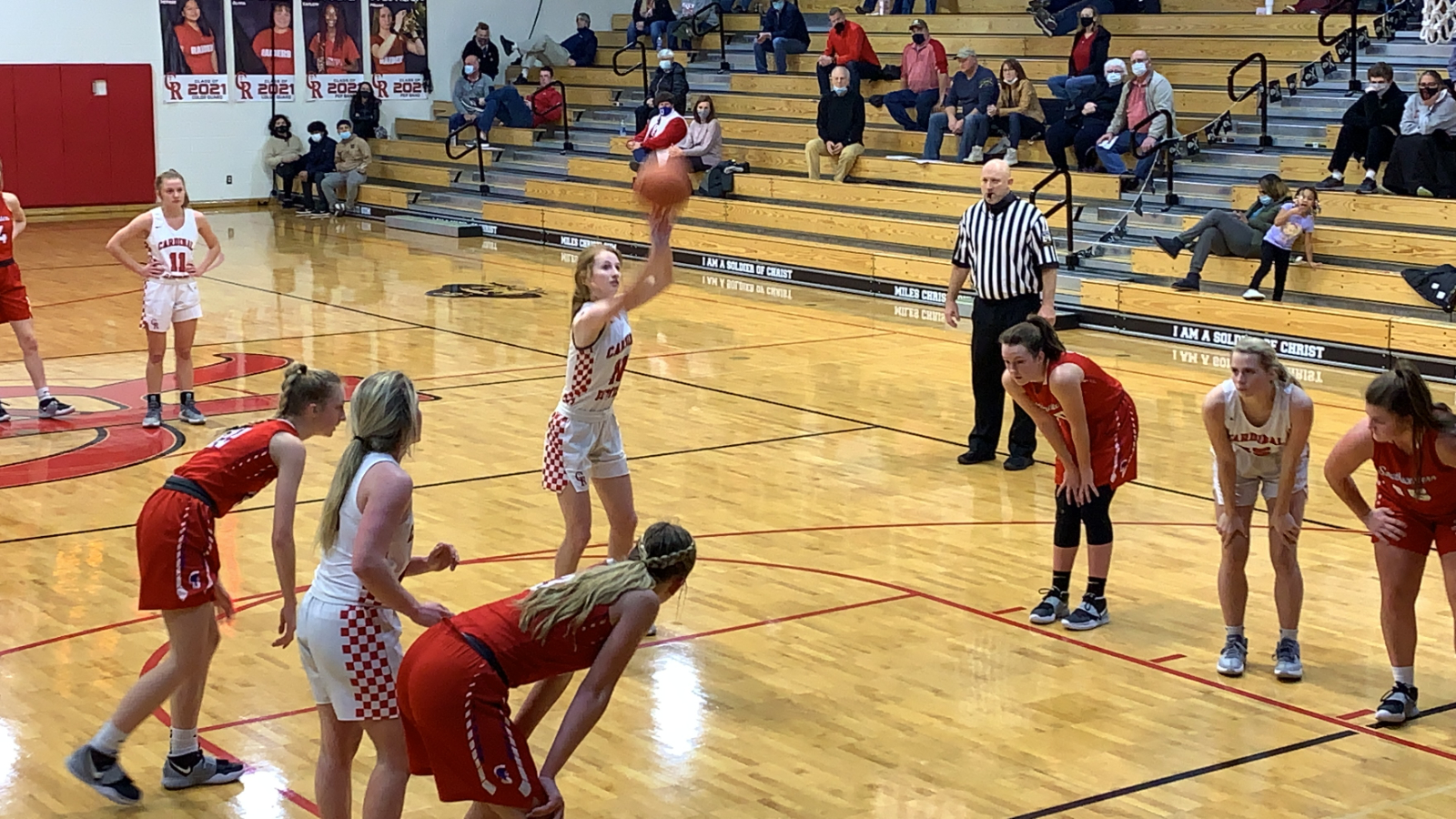 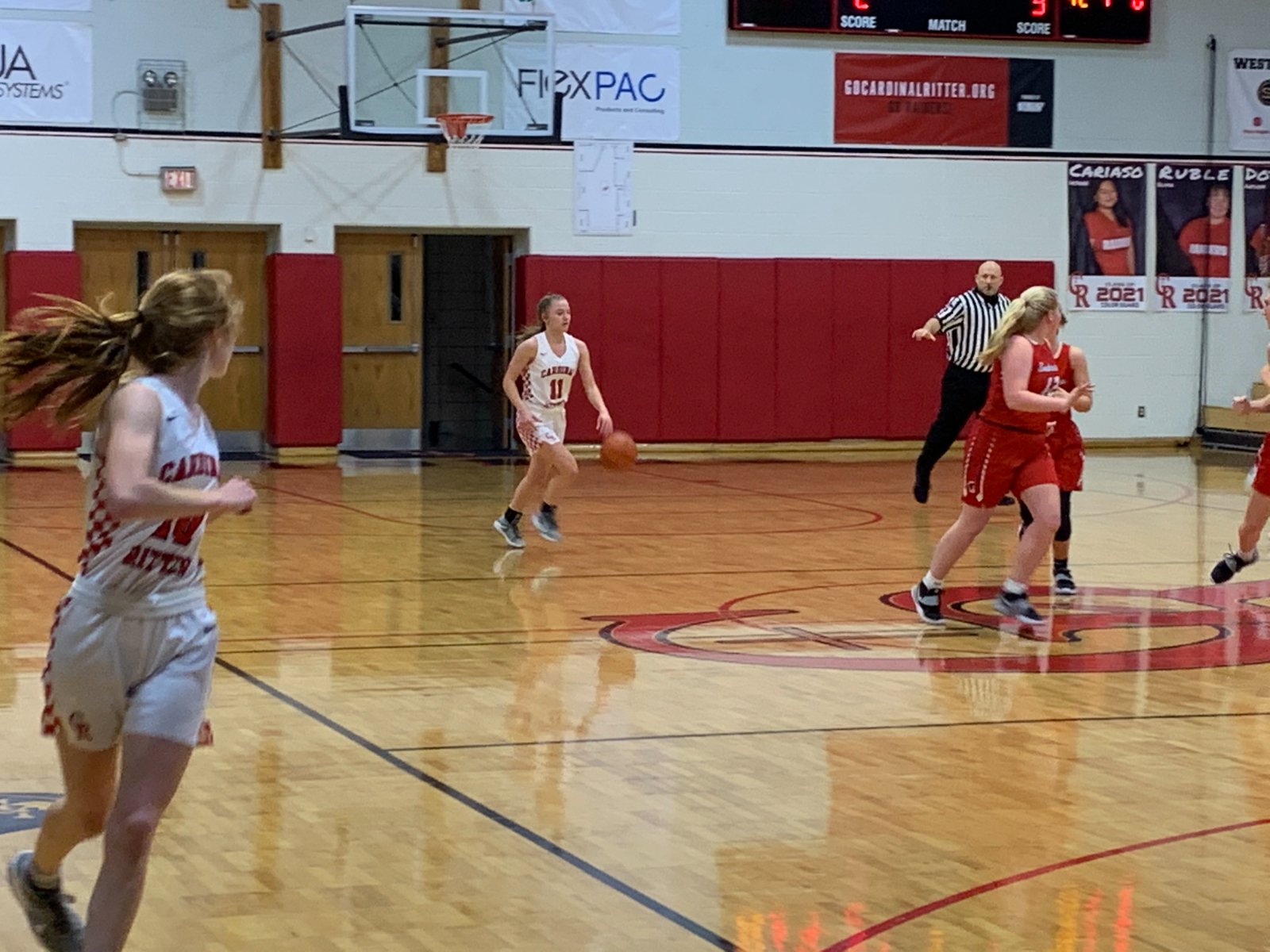 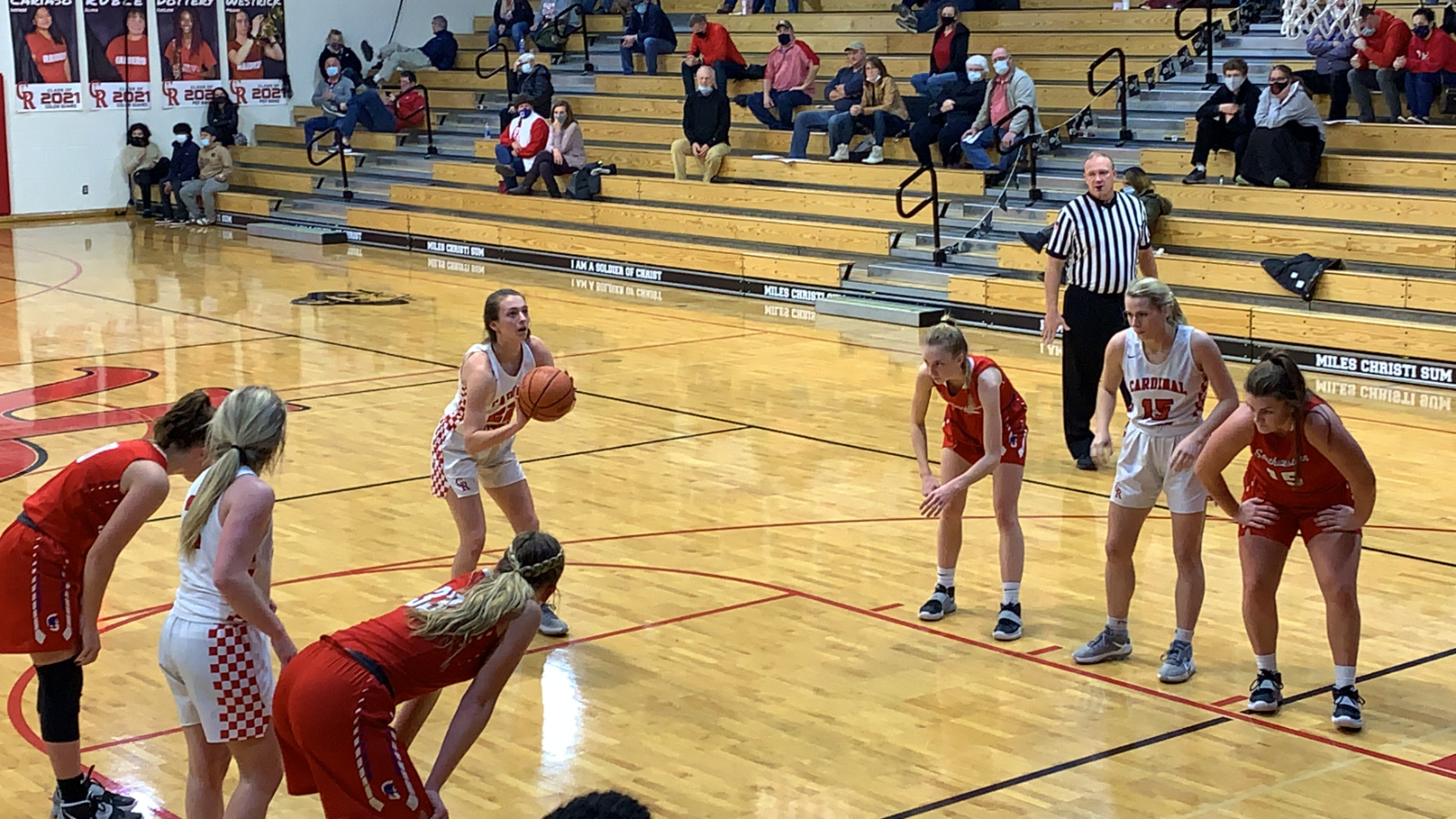