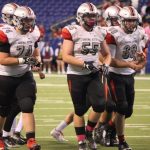 By Jack Adams The Cardinal Ritter Raiders Football Team returned to Lucas Oil Stadium for the first time since their State Championship game last year to play the Scecina Memorial Crusaders. The game began at 5:30 and was a showdown of two evenly-matched teams. Going into the game, both Cardinal Ritter and Scecina had identical 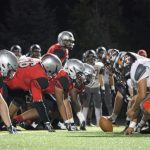 By Jack Adams The Cardinal Ritter Football Team played their Homecoming game against Beech Grove this past Friday. The first quarter was a deadlock, but after that, the Raiders played a shutout against the Hornets all game long. There were several fantastic plays made on the field that boosted the players’ morale and utterly redeemed 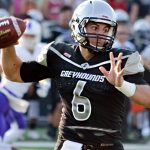 The beginning of the College season is upon us and with that many former Raiders are in college competing in their respective sports making the Raider Nation proud.  Two such individuals that have been making some noise in the Indianapolis area are Redshirt Junior Jake Purichia and Freshman Trevor Browder. Purichia has been under center 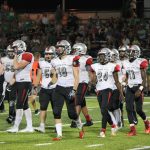 By Jack Adams The Cardinal Ritter Football Team traveled to Triton Central to play the Tigers, who were celebrating their homecoming on Friday night. Throughout the majority of the game, the Raiders and the Tigers were deadlocked. However, in the final minutes of the game, Triton Central pulled ahead and emerged victorious. After a long 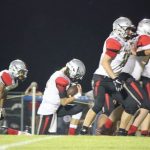 By Jack Adams Friday night’s game saw the Cardinal Ritter Raiders away at Linton-Stockton High School against the Miners. The drive was long for Raider fans, but it was worth it as the football team secured its fifth straight win of the season. The Raiders led the game in scoring all four quarters, and the Miners 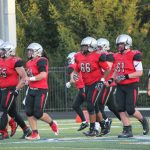 The Cardinal Ritter Football Team is playing Linton-Stockton this Friday at their place at 7:30.  We want all of the Raider Nation to go down and support our Raiders.  But… if you cannot make it the game will be aired live on Greene County Sports Net at www.gcsn.rocks .   Go Raiders!!! 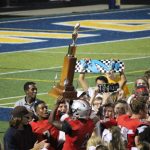 By Jack Adams The Cardinal Ritter Football Team played a home game against rival Speedway High School on September 8, emerging victorious for the fourth week in a row and claiming the West Side Super Bowl trophy. For the first half of the game, the Raiders shutout the Sparkplugs, but even as Speedway began trickling 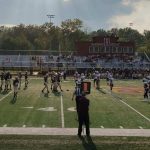 In a precursor for the big Friday night game, the JV Football Team defeated rival Speedway Tuesday night, 20-0. The offense was led by Jake Henninger who threw a pair of touchdowns to Nick Salmon and a third to Alec Frazee. The defense shutdown the Sparkplugs for its 2nd shutout of the season. 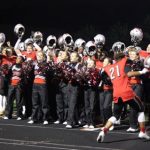 By Jack Adams The Raiders Football Team was amped up for Friday night’s home game against the Brebeuf Braves, bringing with them the momentum of their two previous wins. After lagging behind a bit in the first half, Cardinal Ritter bounced back after halftime and fought on to bring home another win. It was one