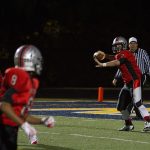 Last Friday night, the Cardinal Ritter Raiders were focused on winning a Sectional Championship. The thought of setting a new record was something that we hoped would happen but sometimes you never know how a game will play out. As the game played out, Jake connected with Tommy Waites early in the game to tie 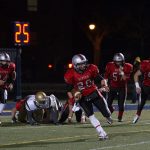 The Cardinal Ritter Raiders took on the Sparkplugs from Speedway High School for the Sectional 37 IHSAA Championship. The Sparkplugs arrived entering the gates at Marian University, chanting “We Ready for Y’all”, as they chose to forego their pre-game warm up time. The opening kickoff almost proved to bring that chant into the limelight as 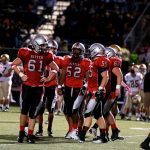 As a student athlete it is imperative to try and balance the expectations of classroom work and team commitments. Daniel Fesenmeier has been recognized by the Indianapolis Colts as a member of their Academic All State Football Team. Congratulations to this year’s group of student/athletes. Members of the team include 24 students ranked #1 in 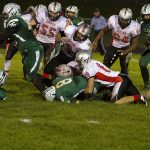 Cardinal Ritter’s Jake Purichia opened up the game, completing a short pass that Jake Hagan turned into a significant gain down the sidelines against the Bulldogs from Monrovia. Jake connected on 7 passes on the night for 164 yards. The Raiders found the endzone on three of those passes with wide receiver, Kyree Hollis scoring 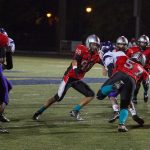 Cardinal Ritter jumped out to an early lead against their first round sectional opponent Indianapolis Washington. The coin toss landed in favor of the Raiders. Jake Purichia toss the ball down field to Kyree Holllis on the first play of the game. The running game took over on the next play with Tommy Waites scoring 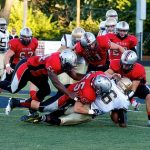 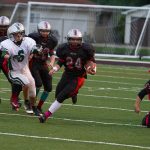 Several goals were accomplished against the Bulldogs from Monrovia. As the last game scheduled game for the underclassmen, the coaches agreed to try and get every player in the game who had continued to give effort at practice. The coaching staff met over the weekend and implemented a rotation of JV and freshman players based 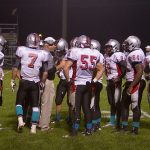 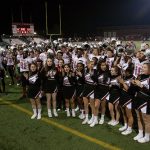 The IHSAA recently asked all of its member schools to download the season statistics. Cardinal Ritter has been updating the statistics as each week passed. Our statisticians Tom Downard, Scott Leverenz, Jason Coleman and Mike Lampert have done an outstanding helping keep accurate stats. Our film crew Jimmy Smith and John Melton continue to give 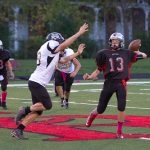 The Cardinal Ritter Raiders earned a win against Lebanon High School 36 – 8. The Raiders defense battled in the trenches to take away the Tigers ground game. Josh Majors and the defensive backfield started flying around to try and diminish any air attack. Josh picked off the Tigers four times on the night. He