Our next Senior being showcased is Michael Kozlowski from the Raiders Boys Volleyball Squad.  Michael has been a mainstay on the team and has helped the growth of Cardinal Ritter Boys Volleyball since he began playing in high school.  Michael is a standout not only only the court but in the classroom as well racking 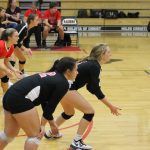 The Cardinal Ritter Varsity Volleyball Team lost in five sets Thursday night against Lebanon. The Raiders took the first set 27-25 but the Tigers bounced back and took sets two and three 23-25 and 18-25. The Raiders rallied back and won set four 25-22. In what ended up being a very long set 5, the 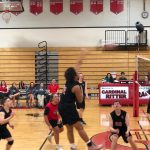 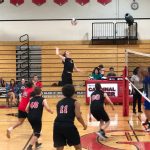 By: Lizbeth Torres The Cardinal Ritter Varsity Boys Volleyball Team competed against the Bishop Chatard Trojans on Tuesday night. The Raiders showed off their skills in all three games. CRHS played hard, winning the first two games with 25 points. The third game was also taken by the Raiders, 22-10. Cardinal Ritter played with intensity, as 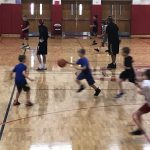 The Cardinal Ritter Raiders completed another successful Raider Summer Camp this past week.  Future Raiders from grade 1st to 8th came in to CRHS to learn a wide variety of sports taught by the championship varsity coaches on the Raiders Varsity Staff. The first week gave the little ones an opportunity to learn golf and