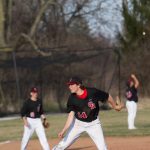 The varsity baseball team won back to back games vs Tri-West on Saturday. In game one Isaac Wynne took the mound and led the Raiders to an 11-2 victory. Kyle Matter went 2-2 from the plate in the morning game with a single and a double. Isaac helped his own cause with a 2 run 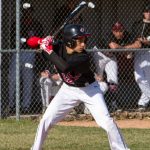 The varsity baseball team got a big win last night against Guerin Catholic in an 8 inning marathon. The Raiders were led by great pitching by Blake Malatestinic who earned the complete game win with 10 strikeouts scattering 4 hits throwing just over 100 pitches.   The Raiders had a tough time stringing hits together 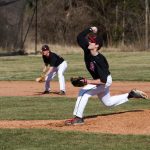 The varsity baseball team built an early edge in its home opener on  Wednesday evening, but Bishop Chatard came back to steal a 6-1 victory at McCracken Field. The Raiders led until the fourth inning, Chatard worked its way back and took the lead on a fielder’s choice.   The Raiders had some solid hits on the evening. Isaac Wynne went 2-3 and

Any athlete wishing to play a spring sport (Track & Field, Baseball, Softball, Girls Tennis, Boys Golf) must register before participating! Click the image above to register. 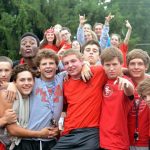 Multiple Teams · Oct 2 The Numbers Are In! Thanks Raider Fans For Your Support Of Cardinal Ritter Athletics

The numbers are in for August and Cardinal Ritter ranks fourth in the state out of over 100 schools in Indiana with 24,199 views on the website. Thanks for your continued support and be sure to continue to follow the Raiders through Facebook and Twitter (@CRHS_Indy) and share our stories with all your friends and Raider 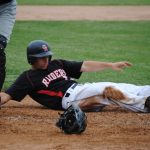 Jake Purichia has been named to the 2A All State First Team by the Indiana Baseball Coaches Association. Jake finished out his senior season with a .439 hitting average, forty RBI’s, he recorded six homeruns, two triples, twelve doubles, and twenty three singles on the season. He was also instrumental on the mound picking up eight wins including the sectional championship vs 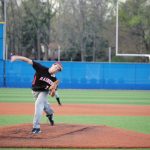 The voting is in and the Raiders have four members that were recently selected to the Indiana Crossroads Conference Team. The Raiders just won their first conference championship in school history with a perfect record. Congratulations to Jake Purichia, Logan Beaman, Jake Hagan, and Isaac Wynne. 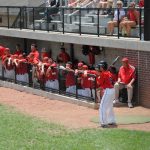 The Raiders came out firing, but couldn’t hang on to the lead, ending up on the losing side of a 3-2 ballgame against Evansville Mater Dei on Saturday at Jasper, Indiana’s Ruxer Stadium. In the top of the second the Raiders took an early lead, 2-0. A single by Anthony Ryback, plating Kyle Matter started the inning off. The 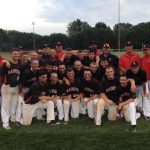 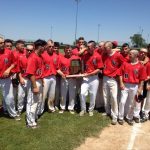 Multiple Teams · Jun 1 Back to Back Sectional Champs!!!!

For the second year in a row the Cardinal Ritter Raiders varsity baseball team are IHSAA sectional champions after defeating Indianapolis Manual and Triton Central in the first two rounds of the IHSAA tournament. An outstanding effort by Jake Purichia spurred the Raiders to an 11-0 win in seven innings over Triton Central on Saturday. Jake