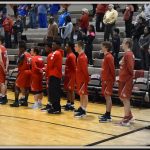 Despite Miles Tracy putting 19 points on the board, the Cardinal Ritter boys basketball team lost to Beech Grove 75-61.  Though the Raiders had a solid finish, adding 21 points in the final quarter, it wasn’t enough for a comeback. Tracy was the leader of the Raiders offense with 19 points, including eight during the fourth period. He also contributed five rebounds, two steals and one 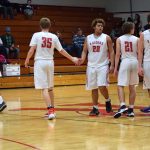 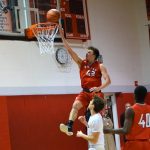 The Cardinal Ritter Raiders (9-6) emerged victorious in a 76-55 battle against conference foe Lutheran Saints (6-9) on Monday. The Raiders were able to build a 36-27 lead at the half, on the strength of a solid offensive start (14-26 from the field).  From there the Raiders cemented their lead in the third quarter, outscoring the 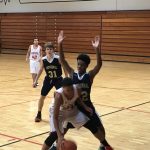 The Cardinal Ritter freshman boys basketball team beat Lebanon 40-32. They were led by Damon Ogaltree with 13, Rodney Adams and Will Sandifer both added 7.  The Freshman will carry a 3 game winning streak into their game today at Park Tudor. 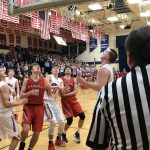 Multiple Teams · Jan 31 Raiders Lose A Close One At Roncalli

The Cardinal Ritter Raiders (8-6) fell to Roncalli Rebels (10-5) on Friday, 61-59, despite Sophomore Nate Soltis putting 23 points on the scoreboard. A back and forth game that saw 9 ties, and 7 lead changes.  The Raiders were unable to convert in the games final moments to secure the road victory. Cardinal Ritter pulled ahead 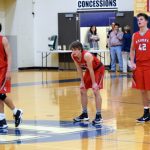 The Cardinal Ritter Raiders boys basketball team fell to the Park Tudor Panthers 60-54, on Wednesday, Jan 25th. After a slow start that ended in a 8-8 tie after the first, Park Tudor senior Kobe Webster scored 16 points in the 2nd quarter to give the Panthers a 33-20 lead going into halftime. Though the Raiders had 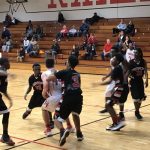 The JV Raiders basketball team fought hard, but lost to the Crispus Attucks Tigers 61-48 in the Finals of the JV City Tournament. The JV Raiders got off to a slow start trailing the Tigers 15-2 early in the first period, and battled back the rest of the game to get it as close as 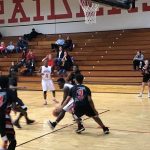 The Cardinal Ritter JV boys basketball team plays in the City Championship tonight at Arsenal Technical High School at 6 PM. The JV Raiders improved to 13-0 in a 49-47 defeat of Cathedral in the City Semi-Finals.   The Raiders and Irish were tied with 1 minute left in the game until Sophomore Joey Gruber scored 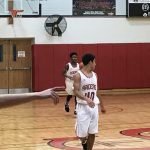 The Cardinal Ritter Raiders freshman basketball team lost a hard fought battle to Roncalli, 53-45 on Wednesday night.  Ladarryl Woods led the freshman with 14.  Will Sandifer added 10 more to the team’s total. The freshman are back in action Monday January 23rd at Cardinal Ritter High School as they take on the Brebeuf Braves. 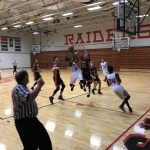