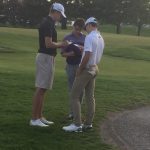 It was a cold and rainy afternoon at Eagle Creek. Not a good day to have forgotten your rain pants! Or umbrella. But it turned out to be a good day for the Raider Linksters, defeating Lawrence Central 159-191. Senior Aaron “Noonan” Lynch led the scoring on the soggy Pines Course back nine with an 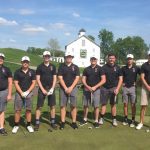 It was a soggy and windy evening at Riverside Golf Course on Tuesday when the Raider Linksters teed off with Bishop Chatard and Ben Davis. Once again, freshman Kevin Tillery led the Raider scoring with a four over par 39, while seniors “Downtown” Austin Brown, “Big” Ben Szeszycki, and Aaron “Noonan” Lynch shot a trio 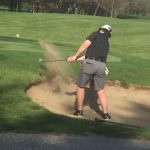 Despite high winds and the potential for severe weather, and the occasional attempted hat escape, the Cardinal Ritter Raiders defeated ICC Conference foe Monrovia, 172-241, at Deer Creek Golf Course. Leading the Raider efforts, and match medalist, was freshman Kevin Tillery with a 40. Following close behind were fellow seniors “Downtown” Austin Brown and Aaron 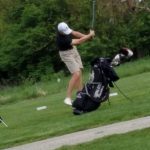 The Cardinal Ritter golfers racked up two more victories Tuesday over Speedway and Ben Davis at The Brickyard, under the roar of NASCAR testing on the famous two and a half mile oval. It was a tight battle, ending in a 173 to 173 tie between the Raiders and the Spark Plugs, with Ben Davis 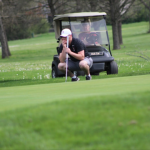 Chalk up another victory for the Raider Linksters! On Wednesday the boys shot a 166 at Eagle Creek, while Pike fired a 251 and Covenant Christian had an incomplete score with only three players. Freshman powerhouse Kevin Tillery led the scoring with a three over par 39, while the stealthy senior Aaron “Noonan” Lynch was 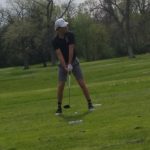 Following a third place finish in the Ritter Classic on Saturday, the Cardinal Ritter Linksters fired back on Monday with a victory over Lutheran High School at South Grove Golf Course. The Raiders recorded a 156 to Lutheran’s 209. Low medalist, and leading scorer for the Raiders was senior “Big” Ben Szeszycki with an even par

The Cardinal Ritter boys golf team posted another decisive victory on Wednesday, defeating Scecina Memorial 155-199 at Pleasant Run Golf Course. Freshman Kevin Tillery led the Raiders as low medalist by shooting an even par 36. Following close behind was senior Austin “Downtown” Brown with a 37, senior “Big” Ben Szeszycki with a 39, and

The Cardinal Ritter boys golf team started the season Tuesday with a decisive win over Heritage Christian, 156-172 at Riverside Golf Course. Leading the Raiders in scoring was senior Aaron Lynch with a 38, earning him co-medalist honors with Drew Pickering from HC. Following closely behind with 39’s were fellow senior Austin Brown and freshman 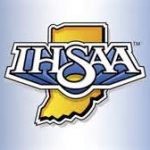 Pre-Registration for physicals has opened up.  St. Vincent Sports Performance will have four mass physical dates where student-athletes can go to have their physical finished for the 2017-18 school year.  It is best to get this finished early and it is good for the entire school year.  Locations, times and links are below. 4-23-17 Sports 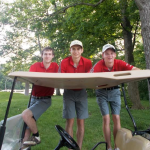 The boys golf team finished out their season today at Country Oaks Golf Course in the Washington Regional. The Raiders were led one more time this year by Big Ben Szeszycki, who contended for one of the individual qualifying spots for the State Finals before being derailed by two late round bogeys. Congratulations to Ben