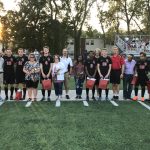 The Cardinal Ritter Boys Soccer Program hosted the Scecina Crusaders Thursday night for another Indiana Crossroads Conference match up. JV took the field first and immediately got to work. 5 minutes in, Luis Lopez opened the scoring on a nice assist from Edgar Gomez. Just 3 minutes later, Octavio Rangel extended the lead to 2-0 off a corner kick. 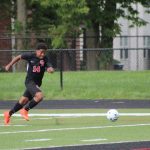 The Cardinal Ritter Boys Soccer Teams traveled to Park Tudor on Thursday to take on the Panthers in an Indiana Crossroads Conference match up.  JV took the field first and struggled in the early stages of the game. About 20 minutes in, the Raiders conceded a goal and found themselves down 1-0. However, Eli Pickett refused to go into 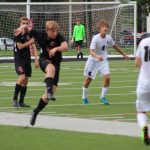 The Cardinal Ritter Varsity Boys Soccer Team has been on a roll since their slight hiccup against Pike last week.  They began the week ranked #2 in 2A  and rattled off two impressive wins to stay in the top 5 in the state.  The JV Team has followed suit, showing that this Raider program is 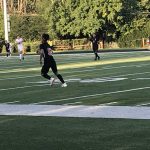 By Jasmine Cardenas The Cardinal Ritter boys soccer team played their 6th game of the season Tuesday night at Pike High School. The JV Raiders started off the game slow but towards the end of the first half started picking it up. During the first half Victor Cervantes scored the only goal making the score 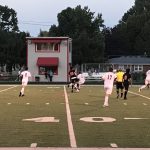 By: Isabella Rocca The Cardinal Ritter Raiders Boys Soccer Team played their fourth game of the season on Thursday against Tri-West. The JV started off scoring 2-0 for the team and Varsity took off and dominated during the highly intensive game. The JV team came out on the attack with constant pressure on the Bruins defense, but 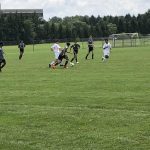 The JV Raiders Boys Soccer Team traveled to Danville Wednseday night to take on the Warriors. The first half didn’t see too many opportunities on goal as both defenses stood strong. The teams would go into the half tied 0-0. Cardinal Ritter stepped it up in the second half and had some good looks on goal, 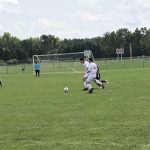 The Cardinal Ritter Raiders Boys Soccer Teams played in their first Indiana Crossroads Conference game on Tuesday against arch rival, Speedway and both team came away with victories.  The JV started off first and the varsity came through and dominated the possession in a highly physical game. The varsity Raiders started out fast with a 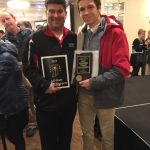 Cardinal Ritter Boys Soccer Player, “Elite” Eli Esterline was named to the 2017 All-State Second Team on Sunday.   Esterline had a breakout season this year.  He led the team in scoring with 26 and along with his twin brother, Gus “Bus,” led the team to the IHSAA Semi-State Championship, collected a Regional and Sectional Championship 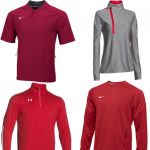 Looking for the perfect Christmas gift for your favorite Raider?  Look no further!! Cardinal Ritter High School is opening a special Spirit Shop through our partner BSN Sports.  This spirit shop will be set up to give the Raider Nation a chance to purchase CR apparel at a fraction of the cost of major sports 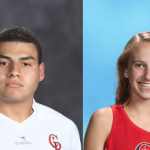 October was another great month for Cardinal Ritter Athletics with many of our Raiders excelling in their respective sports.  This month’s winners for the Booster Club Girl and Boy Student-Athlete of the Month are Mary Anna Wehrle and Chris “Brick Wall” Bonilla. Wehrle’s sophomore campaign in Cross Country was even better than her freshman year.