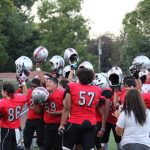 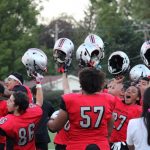 Your Cardinal Ritter JV football team survived a challenging game last night to post a huge “W” over the Scecina Crusaders!    The game tied 14-14, less than 2 minutes in the game and no timeouts – a completely composed Ashton Roberson drove your Raiders 85 yards mixing run and pass – to throw a 25 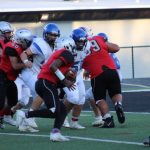 The Raider JV football team made the 10 minute bus trip west to Speedway High School Monday.   The Sparkplugs were the first to score, but the Raiders got on the scoreboard with a 25 yard pass from Jay Gartrell to Will Tune who streaked down the sidelines to the house – for a 99 yard